The first round at the 2021 Welsh Open was played to a finish yesterday and this time there were some surprises.

Williams Speeds To Second Round 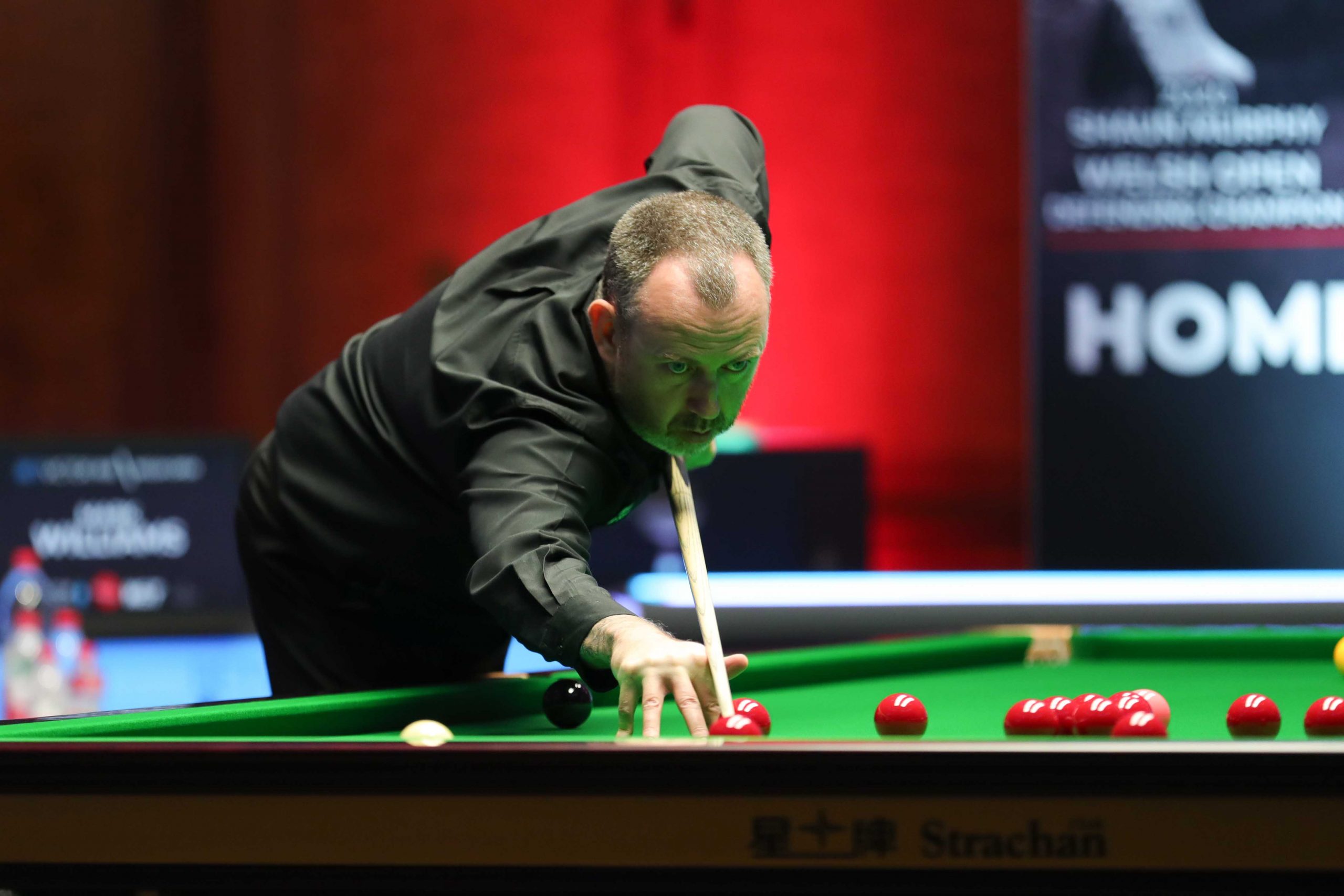 Mark Williams vowed to get his average shot time as low as ten seconds after speeding to a 4-1 victory over Michael White at the BetVictor Welsh Open.

Williams averaged just 15 seconds a shot on his way to this afternoon’s win. Despite only composing a top break of 44, the Welshman eased to the finish line in an hour and 15 minutes.

Williams is the only Welsh player ever to have won this event. The three-time World Champion was victorious in 1996 and 1999. He’ll be hoping for a first Welsh Open title in 22 years this week.

It was a disappointing afternoon for his fellow Welshman White, who fell off the tour at the end of last season. The two-time ranking event winner subsequently missed out on a return to professional status at Q School and is playing as a top up this week.

Williams said: “I’m starting to enjoy it more now. Most of the time I play, I know I’m going to be terrible. I’m just going to get on with it. I’m going to play as fast as I can and get in and out as quick as I can. I’m actually going to see if I can get one match down as quick as ten seconds a shot. That’s my goal for the rest of the season.

“I felt a little bit for him. He’s struggling and fell off the tour. He’s far too good not to be on the tour. It’s just confidence. He didn’t look like he had any there. I’ve been there myself when you can’t pot three balls on the trot. He was like that today, really struggled and looked under pressure from the off. I’m sure he will get back on the tour, he just has to try and relax a bit more.”

World Champion Ronnie O’Sullivan put on a strong performance to brush aside Robbie Williams 4-0 and set up a mouth watering last 64 clash with Jimmy White.

O’Sullivan said: “I’m looking forward to playing Jimmy, it should be good fun. Hopefully we can both play well and put on a good show for the fans.

Masters champion Yan Bingtao was ruthless in a 4-1 demolition of Xu Si. After losing the first frame, Yan made breaks of 55, 127, 104 and 51 on his way to victory. Next up Yan faces Frenchman Brian Ochoiski.

Sam Craigie battled back from 3-0 down to defeat Thepchaiya Un-Nooh 4-3, while Robert Milkins beat Stuart Bingham 4-2.

.Stuart Bingham’s defeat means that his spot in the Players Championship is no certainty, he will need other players’ results to go his way.

You can read more about Ronnies victory here.

Yan Bingtao was impressive and Ronnie, who was in the studio in the evening, was duly impressed.

Not specifically about yesterday, but about this round…

He interviewed Brian Ochoiski, the young French amateur and he aslo spoke with Jamie Jones who feels that his ban was the worst time of his life but has made him a better player and a better person.

WST has added to their collection of 147 gone wrong afterMark  Selby’s missed pink yesterday. It’s hard to know who was the most disappointed: Mark or Barry?

And finally, off topic but still remarkable and rather surprising … Stephen Hendry on twitter has announced that he has entered the Gibraltar Open  . Hopefully it’s not another false start.