WST has published the draw and format for the  2021 World Championship “proper” at the Crucible:

The draw and playing schedule for the final stages of the 2021 Betfred World Championship at the Crucible Theatre in Sheffield is now available.

Ronnie O’Sullivan begins his quest for a seventh world title on the opening day, Saturday April 17. He starts in the first session at 10am and plays to a finish from 7pm. The other seeds in action on the opening day will be Yan Bingtao, Stephen Maguire, Neil Robertson and David Gilbert.

The draw for the final stages, pitting the top 16 against 16 qualifiers, will be made at 11am on Thursday April 15th and fans can watch live on platforms including Betfred TV and WST’s Facebook Live.

They also asked the “experts” who they believe will qualify: 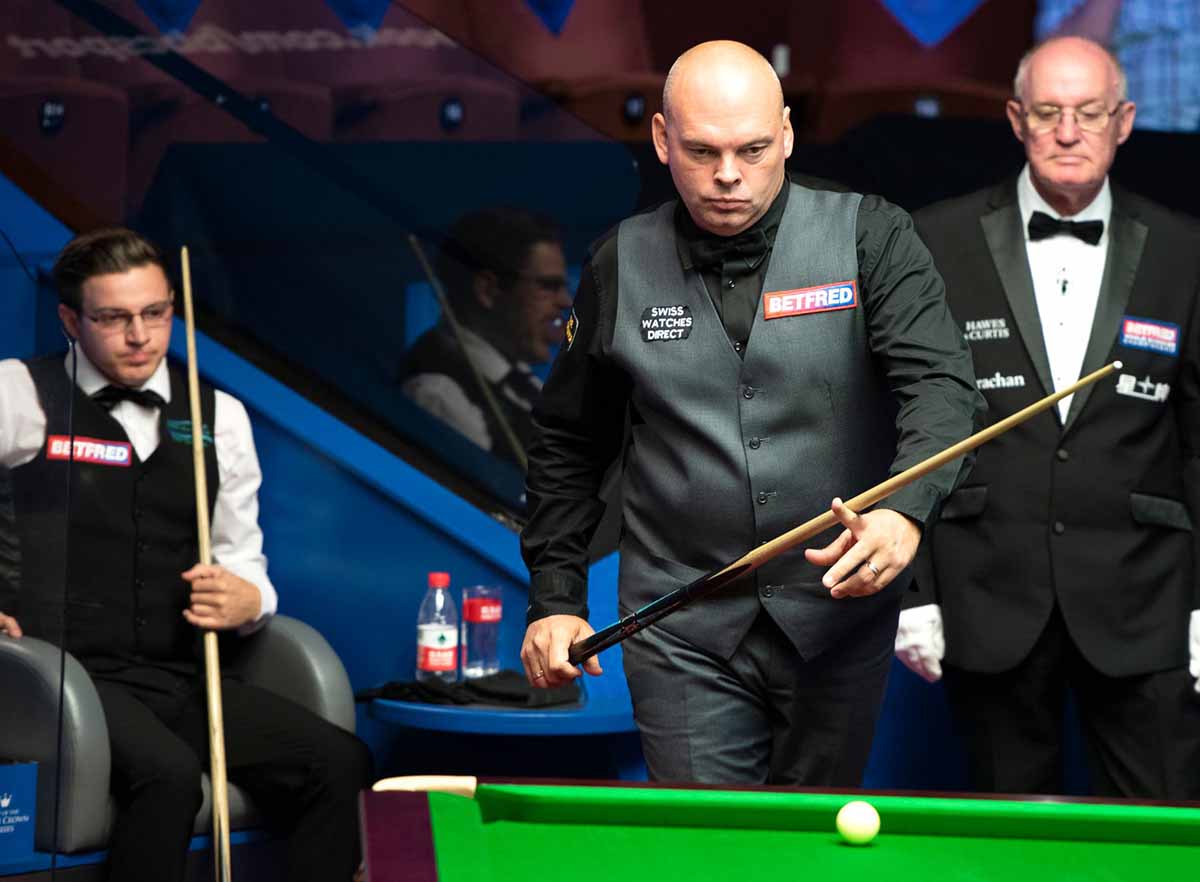 With Betfred World Championship qualifying just days away, we’ve consulted four of snooker’s top broadcasters and journalists to find out which players they think will clinch a place at the Crucible.

The notoriously intense qualifying event will take place at the English Institute of Sport in Sheffield from April 5th to 14th. There will be 128 players battling it out for just 16 spots and our experts have named the players they think are most likely to emerge from each section of the draw.

In 2020 we had a three way tie, leaving the title of top predictor in the balance. Can someone emerge from the pack this year?

Despite the relatively short (best of eleven) matches leading up to the final hurdle, I don’t foresee many shocks or Crucible debutants coming through this year. Instead I anticipate many experienced players qualifying and causing some problems for whoever they come up against in the main draw. Good luck to everyone involved.

As usual the qualifiers include several huge names who have graced the Crucible stage in some of its greatest moments, players who would love to get back there and aspiring debutants dreaming of competing at snooker’s most hallowed venue. The experience of the likes of Stuart Bingham, Graeme Dott, Ali Carter and Joe Perry is in theory a big advantage but everyone will be under huge pressure. I fancy Michael White – technically an amateur but a fantastic talent – to qualify from the first round and Oliver Lines also to make it through and clinch a debut appearance. Good luck to them all – this is every bit as nerve-wracking as the Crucible itself.

Hector Nunns, Snooker Correspondent for Daily Mirror and Others

Stephen Hendry against old rival Jimmy White will take the headlines…but I fancy Zhou Yuelong to emerge from that section. In other tough calls I just went for Matt Selt over Scott Donaldson, Rob Milkins over Kurt Maflin, Tom Ford over Noppon Saengkham, Jamie Jones to come through, Joe Perry to make it to the Crucible once more, and Jordan Brown to continue his good form. Potential final qualifiers between Matt Stevens and Xiao Guodong, and Stuart Bingham and Luca Brecel, could be epic contests.

I know my picks are quite predictable, but I think it is going to be a predictable tournament in that it will be very hard to pick a winner. I can see a wall of really top players all playing well in the seeds, I think it will be difficult for others to make much impact. I feel it is going to be the same in the qualifying competition and experience will count for a lot.

And now, just for fun here are mine (not claiming expert status!)