Here is how the Finals day went (WST report): 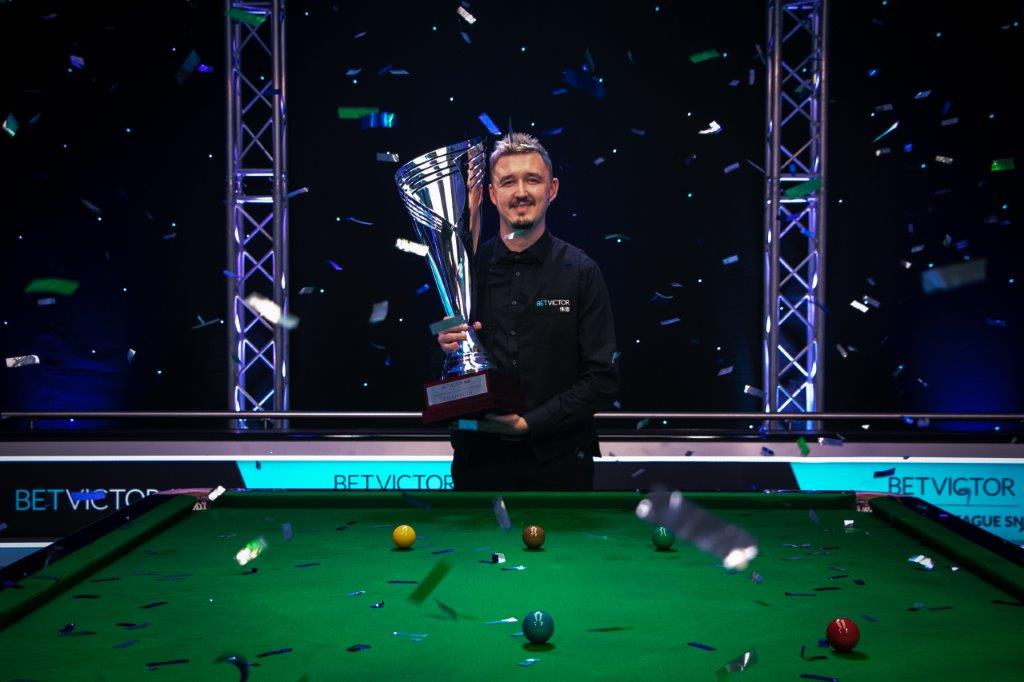 Kyren Wilson defeated world number one Judd Trump 3-1 in the final of the BetVictor Championship League to win the fourth ranking title of his career.

It is the first ranking title Wilson has won in the UK, having previously lifted the 2015 Shanghai Masters, 2018 Paul Hunter Classic and 2019 German Masters. For Trump, the defeat brought an end to an incredible run of 10 consecutive ranking final wins.

Earlier in the day, John Higgins, who by that stage couldn’t reach the final, made his 11thcareer 147 in beating Wilson 3-1.

The Kettering man won the opening frame of the best-of-five final, but Trump responded in style with a 118 to level. Wilson regained the lead in the third to move within one of the title and closed it out with an 88, which included a brilliant four-ball plant to set up match ball.

“I am delighted to be the last man standing,” said Wilson, who has accumulated £33,000 in prize money throughout the event.

“Judd always tends to bring the best out in me; you know you always have to play well to beat him. You have to take your chances and make things happen and I think I did that right from the off. I potted a really difficult red to the middle and made a one-visit, and in this format the first frame is crucial.

“Judd is World No.1 and winning everything in sight at the moment, so for me it was a big challenge, especially in a best of five with Judd being such a good starter.

“It is a lovely feeling to have the trophy and I am really pleased I have been able to adapt to the surroundings and the new world of snooker and come out on top in the end. It has been a bit of a rollercoaster day; Ken Doherty rolling back the years and looking like he was going to pip me and top the group, but thankfully for me Joe Perry did me a favour and pulled one out of the bag right at the death and I topped the group.”

“I didn’t play a bad shot in the final, I genuinely mean that,” said Trump. “He potted a couple of brilliant balls to start his breaks, made a good plant and was unplayable in the final. You can’t do anything against that.

“It has been a good start to the season and it is nice to be involved in finals. This tournament I haven’t been at my best but I managed to scrape through and it took a brilliant performance to beat me. As long as I keep forcing the opponent to play their best, I am happy with that.”

Earlier, Trump had topped Group 1 with wins over Zhao Xintong and Zhou Yuelong. Wilson advanced through Group 2 after Ken Doherty failed to whitewash Joe Perry, sending Wilson through by frame difference having beaten Doherty and Perry.

Shaun Murphy in commentary was very impressed by Zhou Yuelong who did indeed play very well in the afternoon. Towards the end of the day, his level dropped a bit. If I remember Lewis comments correctly, Zhou tends to suffer from sleeping problems. It’s a very difficult situation. Insomnia is not easy to “cure” and it takes its toll on those who suffer from it. Sleeping pills that leave you drowsy on the next day aren’t the answer.

Mark Selby was the complete opposite. Having lost to both Zhou and Zhao, playing pretty awful, he managed to whitewash Judd Trump, scoring a 134 and two more 50+ breaks in the process. Snooker is a strange game at times.

Whilst Joe Perry was “swept” away, Ken Doherty made a really good fight of it yesterday.

Ryan Day had made the perfect break in the first match of the event, and yesterday John Higgins made another 147, his 11th, It came in the final frame of John 3-1 win over Kyren Wilson. John Higgins is now level with Stephen Hendry on competitive maximums. Ronnie, of course, is on 15.

You can watch it here: