Skip to content
HomeRonnie speaks SPOTY, sporting heroes … being a bit provocative at times and snooker.

So here goes … by the Daily Mail

That trademark mischievous grin breaks out across Ronnie O’Sullivan’s face as he is reminded of one of his most colourful comments of the year.

It was back in August — and on his way to winning a sixth World Championship title — that he said snooker’s young players were so bad he would need to ‘lose an arm and a leg to fall outside the top 50’.

Four months on and sitting on his sofa at home in Essex, wrapped up in a festive red blanket patterned with reindeer, the Rocket’s smile lights up the screen. 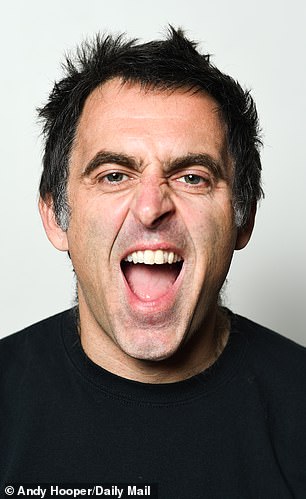 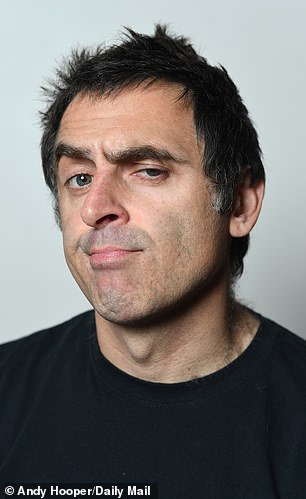 ‘I suppose I am a little bit like Tyson, I just say things for a bit of a laugh really,’ he admits over Zoom, referring to his fellow BBC Sports Personality of the Year contender Fury, who we will come to later on.

‘Sometimes I actually believe it when I’m saying it, that’s the weird thing. That supreme confidence that has been jabbed into me. You come off the table after a certain performance and you feel like a superhuman. You feel like you are capable of anything.

‘But then when you wake up the next morning you think, “Cor, could I really compete in the top 50 with one arm and one leg? Probably not!”. You probably say certain things where in hindsight you think, “Cor, I must have been feeling good when I said that!”.’

At the Crucible, O’Sullivan was also branded ‘selfish’ by Judd Trump after saying players were being treated like ‘lab rats’, then ‘disrespectful’ by Mark Selby for the way he tried to hit-and-hope his way out of snookers in their semi-final.

So, given his penchant for provoking fellow professionals, does he think they will be voting him SPOTY on Sunday night? 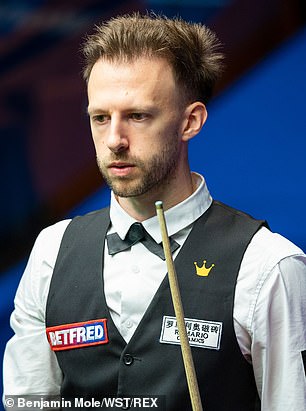 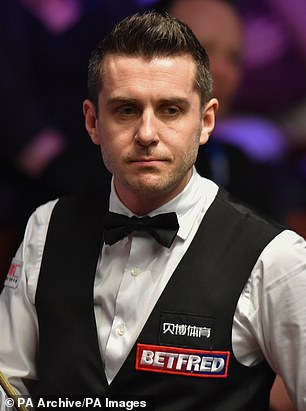 At the Crucible, he was branded ‘selfish’ by Judd Trump (left) after saying players were being treated like ‘lab rats’, then ‘disrespectful’ by Mark Selby (right) for his semi-final display.

‘Listen, within the snooker world everyone who knows me, knows me and even the ones who maybe quite dislike me, they don’t really dislike me,’ says the 45-year-old, who lost to Selby in the Scottish Open final last Sunday.

‘They might want to dislike me but they find it hard to in many ways.‘I don’t give them much reason. They know the real me. They know I love to compete and I work hard and I think that’s why they respect me more than anything.

O’Sullivan’s feather-ruffling routine only adds to his public popularity, much like Fury, who asked to be taken off the SPOTY shortlist because he said he was already the ‘people’s champion’.‘I just think he’s a bit tongue in cheek sometimes,’ says O’Sullivan about the British boxer. ‘He’s just having a laugh. I don’t think he is genuinely serious.

‘If Tyson was to win it, he would receive the award in a gracious sort of manner. I just think he is a character who wakes up one morning and thinks, “This is how I’m feeling today and this is what I want to say”. I don’t think he meant any harm by it.’

The Rocket and the Gypsy King are clearly kindred spirits. As outspoken as they are outstanding. Working-class world champions who have battled demons and overcome addictions.

‘I’ve met him a couple of times and he is a really nice, down-to-earth guy,’ adds O’Sullivan, who advised Fury on sports psychology ahead of his comeback fight in June 2018.

‘The comeback from where he was to where he is now is inspiring and his boxing ability is unquestionable. I don’t think there has been a heavyweight like him for a long, long time. He has been great for British sport and global sport.

‘He’s a street fighter. He’s like, “You want to fight me? Where and what time?” He comes from the world where the gypsy families kind of get it on.

‘He took Deontay Wilder on in that manner. Most people didn’t want to get in the ring with Wilder. He said, “Give me six months, let me lose some weight so I can at least give you half a decent fight”. It is great and refreshing.

‘Ayrton Senna summed it up in his documentary. They asked him who his greatest opponent was and he said it was in his karting days. The documentary brought me to tears. He is probably my sporting hero after watching that.

‘It was pure racing and I relate to that because in some ways I enjoy the exhibitions when we are playing for fun. I’m not scared of falling off the tour. I’m not scared of not winning matches. Where I play and who I play is irrelevant, really, as long as I get my cue out and play.’

Mention of Senna brings us on to another of O’Sullivan’s rivals for the BBC award — the bookies’ favourite Lewis Hamilton, who this year surpassed Michael Schumacher’s record of Grand Prix wins and has matched his haul of seven Formula One titles.

Asked who he would vote for, O’Sullivan replies: ‘You’d probably have to say Lewis Hamilton for breaking the record. I’d say between him and Tyson. It depends what the award is for, because sometimes the message gets lost. Is it for sporting brilliance? Is it for personality? Is it for your achievements within your sport? Nobody really knows.’

This surprise sports anorak then issues his opinions about the state of Formula One. ‘It’s amazing to do what Hamilton has done but you tune out of Formula One because it’s a race, really, against two people. The only person who can in theory give Hamilton a go is Valtteri Bottas (his Mercedes team-mate), but Hamilton is mentally tougher than Bottas. 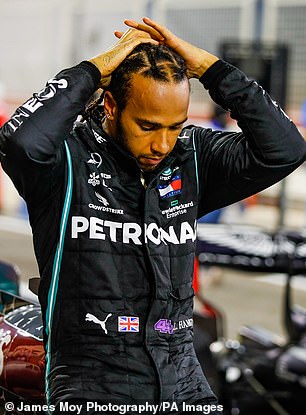 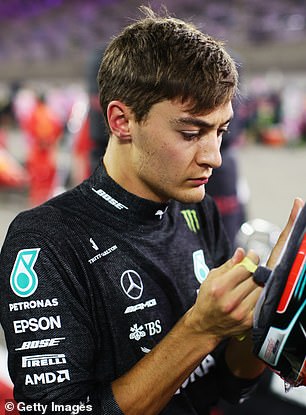 However, O’Sullivan has question the competition in F1 following George Russell’s (right) performance in Hamilton’s (left) car while he was out sick with the coronavirus

‘When George Russell got in the Mercedes, he should have won the race and in his other car he was coming pretty much last every race. So it just shows how important the car is. You think, “Is there any point in watching it because there is no competition?”.’

Hamilton won SPOTY in 2014 and has been runner-up four times. In contrast, this is the first time O’Sullivan has even made the shortlist.

O’Sullivan has not even attended the usually star-studded show.

‘I don’t really like meeting my heroes,’ he admits. ‘A couple of times I’ve been offered to meet people who have been my heroes and I’ve said I’d rather not in case they disappoint you a little bit. I tend not to want to meet people unless it just happens naturally. I’m not a great talker, I’m not one of these who go around making conversations with people. I’m not a social animal.’

O’Sullivan hopes to be at the more low-key affair in Salford this year, although he could be playing in the final of the World Grand Prix in Milton Keynes, which would make presenting him a prize interesting for the BBC.

He would be the first snooker player since Stephen Hendry in 1990 to finish in the top three and the first since Steve Davis in 1988 to win it. So what does he think is behind his sport’s SPOTY drought?

‘Years ago we played in fantastic, iconic venues every tournament and it added a bit of class to the sport,’ he replies. ‘Nowadays it’s maybe lost that. We play in leisure centres. I’ve got nothing against Milton Keynes but you are basically on a retail park. Would Wimbledon be as exciting if it was played in Crawley?

‘A lot of it is the perception that people have. It’s just not as globally appealing as some sports. I wish I’d been around when it was really popular in the 80s.’ It was only last month that O’Sullivan claimed he had ‘zero interest’ in the annual award. But now he adds: ‘I’d just accepted that I’d never get nominated. They didn’t have many sporting events this year, so I probably sneaked in the back door.

‘This is a great recognition for all sports people, but I always said the most important awards are the ones you win on the table.

‘I always looked up to Steve Davis and Stephen Hendry, but it was because of the titles they won, not because of Sports Personality of the Year.’

BBC Sports Personality of the Year is on BBC One on Sunday from 8pm.

2 thoughts on “Ronnie speaks SPOTY, sporting heroes … being a bit provocative at times and snooker.”