A few posts by WST today…

The German Masters Draw and Format

The draw and format for the final stages of the 2021 BildBet German Masters is now available.

The world ranking event will run from January 27 to 31 in Milton Keynes. Judd Trump is defending the title and he faces Mark Davis in the last 32.

BildBet is a brand associated with BetVictor in Germany. So this event still forms part of the BetVictor European Series, with a £150,000 bonus available for the player who tops the ranking list which runs across six events.

The event will be televised live by Eurosport. Details of other broadcasters will be announced soon.

Stephen Hendry has pulled out of the new WST Pro Series and has been replaced in Group G by John Astley.

The world ranking event gets underway on Monday in Milton Keynes. Play will begin at 10am each day from January 18 to 25.

Players are split into 16 groups of eight for the initial round-robin phase. All matches are best of three frames, and the top two in each group will progress to the second group stage.

The second phase will feature 32 players split into four groups of eight. Once again the top two in each group will go forward.

The player who finishes top of the final group of eight players will be crowned the champion.

The dates for the event are:

Prize money will be as follows:

No surprise for me here, especially after a tweet by Mark Williams last week, ironically stating “Hendry’s return going well then” or something along that line. Probably Hendry doesn’t want to embarrass himself and I wonder if he will play at all eventually.

Taylor – WST Pro Series Could Be A Springboard

Allan Taylor believes that the new WST Pro Series is an ideal opportunity for lower ranked players to gain experience and reach the later stages of a world ranking event.

Each of the eight players will play seven best-of-three frame matches in a round robin format over the day. The top two in the group will then go through to the second phase in March. 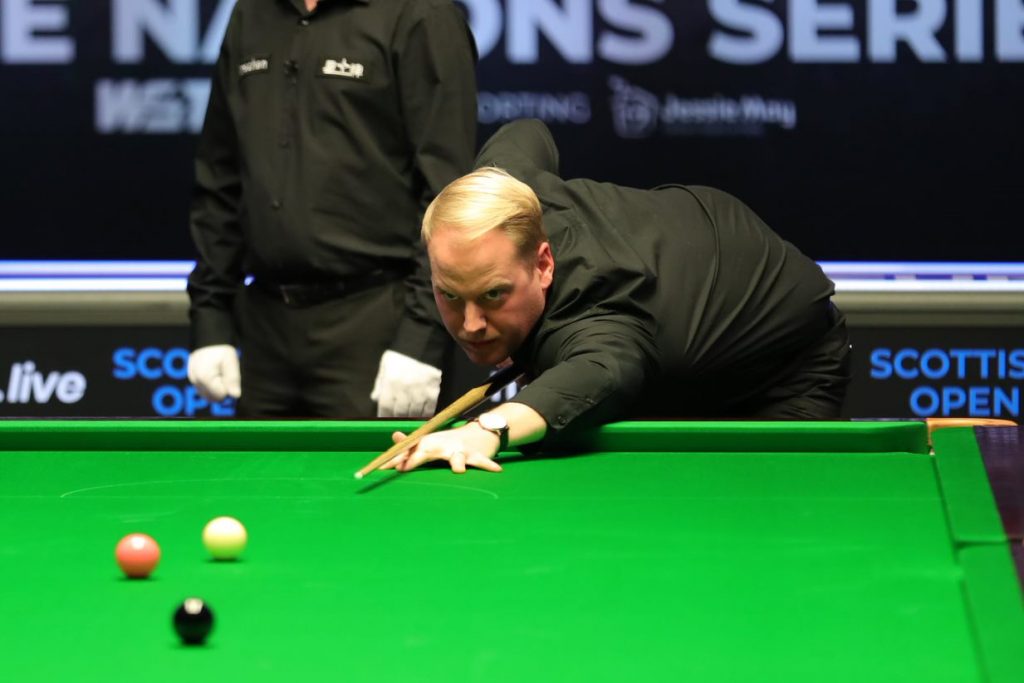 “The tournament is a godsend. I’m just relishing the chance to get my cue out of the box,” said Merseysider Taylor. “I’m lucky enough to have a practice unit I can use in lockdown. But I’m playing on my own, so just to compete against other humans will be a relief!

“In best-of-three matches, anyone can beat anyone. It’s a great chance for the lower ranked players to pit themselves against the top guys. At the least you get seven matches under your belt, which is important after the Christmas break when we’re all a bit rusty.

“It’s hard to know how many matches you’ll need to win to get into the top two, but there is sure to be some drama towards the end of the day.  And if you achieve that it’s £3,000 or £4,000, plus another £1,000 guarantee in the second phase. We all have mortgages to pay and we’d much rather be playing in event like this than having a month off.”

Taylor dropped off the pro tour in 2019 but regained his place by winning the 2020 Challenge Tour Play-offs. He has made an impressive start to this season, reaching the last 32 of three ranking events.

“I have beaten some good players, and got a lot out of the matches I have lost against the likes of Neil Robertson, Ronnie O’Sullivan and Liang Wenbo,” added the 36-year-old. “I feel comfortable out there on the main stage. I just have to keep trying to play to a high standard and the results will come.”

Completely agree with him.