A few interesting things have been published over the last couple of weeks.

WST has published the result of the last disciplinary hearing: 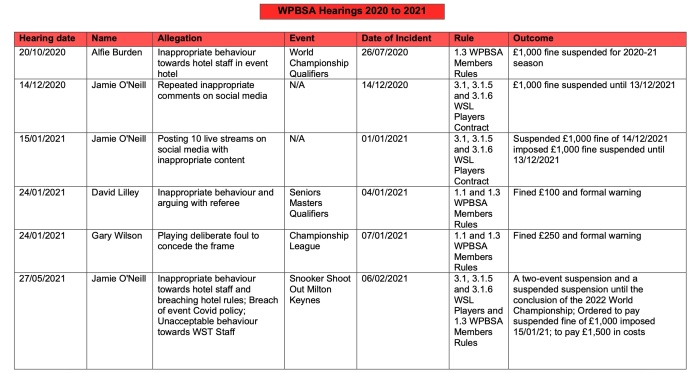 And the rankings/seedings “cut-off” points” for this season

Despite a terrible performance in his second match last week, Stephen Hendry is determined to persist and extend his career:

Stephen Hendry planning to extend snooker comeback beyond this season: ‘I’m not putting any time limit on it’

Stephen Hendry is hoping that his snooker comeback lasts beyond this season, expecting another wildcard to stay on tour if he doesn’t stay on through the rankings.

The seven-time world champion picked up a 3-2 win over Chris Wakelin in the opening round of the British Open this week, his second victory since returning to the main tour earlier in the year.

There were some encouraging signs in that contest, with some impressive long pots going in, although he could not conjure up that form again in the next round as he lost 3-0 to Gary Wilson.

Hendry was handed a two-year tour card at the start of last season by then-WST chairman Barry Hearn, meaning it comes to an end at the climax of the current campaign.

It seemed more than possible that the 52-year-old would just play those two years, but he has been encouraged by his improvement since playing the game regularly again and intends to continue past the end of this season.

His aim is to play at the Crucible in the World Championship once again, and he will keep plugging away until he returns to the iconic venue.

Speaking after his win over Wakelin, Hendry told Metro.co.uk: ‘That’s the goal [playing at the Crucible], whether it’s this year, next year or the year after, I’m not putting any time limit on it.

‘If it doesn’t happen this year that’s not the be all and end all, but that’s the end goal. I’ve always said I don’t want that defeat to [Stephen] Maguire [in 2012] to be my last match at the Crucible, but there’s a long way to go to get there.’

‘If my game keeps improving there’s no need to suddenly stop playing again. I’ve not said I’m going to come back, start winning tournaments and be a top player again, I just want to get back to enjoy playing snooker, playing well and see what happens.’

Hendry must reach the top 64 in the rankings, or survive on the one-year money list to stay on tour past this season thanks to his performances.

His other options would be to go to Q School or to get another wildcard and the latter is what he expects to happen as Jimmy White continues to be given that very opportunity.

‘Barry [Hearn] did say to me that as long as I play then I’ll get one, the only reason he’d take it off me is if I didn’t play at all. So I’m playing so I’d like to think I’d get one.’

Hendry confirmed that he has not entered the Northern Ireland Open but will be playing in the Scottish Open, with qualifiers played next month, although he is disappointed that the main stages are in Wales rather than Scotland over last-minute issues with the arena in Glasgow.

‘I didn’t enter Northern Ireland but I’m going to enter the Scottish, but it’s going to be strange playing the Scottish Open in Llandudno,’ he said.

‘I actually don’t even know the reason I’m not playing Northern Ireland, I just didn’t fancy it, to be fair. No special reason, I just didn’t enter it. My comeback was never going to be full time, it was always going to be picking and choosing the events I wanted to play in, rather than being full time.’

I totally understand why Stephen doesn’t want that match to be his last at the Crucible. I was there. He started well, then played a couple of bad shots and basically gave up. It was painful to watch, and I’m certain that his opponent, Maguire felt extremely uneasy out there at the time. That’s not how a great champion wants to be remembered, nor is it how they want a brilliant career to finish. I’m sure that Stephen Hendry isn’t proud of that one. He deserves a better closing and I hope he gets it.

And finally … there is this a bizarre, unsettling interview with Mark Allen

TROUBLED snooker ace Mark Allen has sensationally revealed he may be forced to quit the sport.

Former Masters champion Allen has been plagued with off-table problems during the past year, which he hinted are close to coming to a head.

The world No 10 is locked in a bitter custody battle with his soon-to-be ex wife Kyla McGuigan.

And added to that unwanted stress the five-time ranking-event winner declared bankruptcy earlier this season.

The Northern Irish potter was forced to play former flame Reanne Evans in the first round at this week’s British Open amid their recent legal disputes.

And Allen revealed: “It’s tough at the minute and I need to get some things sorted.

“I don’t know which tournament is going to be my last at the minute.

“This one could very well be my last with the way things are going.

“I don’t want that to be the case. I love playing snooker, it’s the only thing I’m good at in life.

“Let’s hope that’s not the case, but I’m not sure what’s around the corner.”

When asked why it could be his last tournament, coy Allen replied: “I’d rather not say, but it might be out of my hands.”

Earlier this week Allen beat former girlfriend Evans in a highly-publicised battle of the exes.

The clash had extra spice given the pair’s acrimonious break up and Evans asking her ex partner to provide extra maintenance for their 12-year-old daughter.

But it’s also believed Allen, who has pocketed almost £3.5m in a stellar career, is worried about the shared care for other daughter Harleigh as legal proceedings ramble on.

Allen, who has suffered with depression in the past, cryptically revealed he doesn’t know which direction his troubled career is heading after unwanted family issues.

Allen crashed out of last season’s World Championship with a whimper. And even then he said he would “take a break” from the green-baize game.

But despite beating Evans on Monday, in a match he called “horrible” Allen was stunned 3-2 by Hossein Vafaei on Wednesday night.

And Allen stressed he was relieved to be sent home after the ordeal of his first-round tie.

“It’s a bit of a relief this tournament’s over if I’m honest,” admitted Allen.

“I think Monday night took a bit more out of me than I was prepared for.

“I saw bits and pieces that were written. As you know I’m very active on social media and it’s hard reading what’s being said about you when 99 per cent of the people saying it don’t know what they’re talking about.

“It’s a blessing to be going home really.”

The only certainty here is that Mark is in a dark place, I can’t imgaine why he would be FORCED to quit snooker if he doesn’t want to. 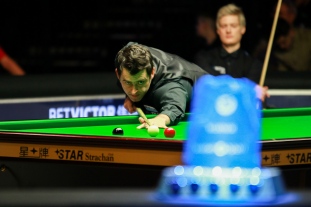 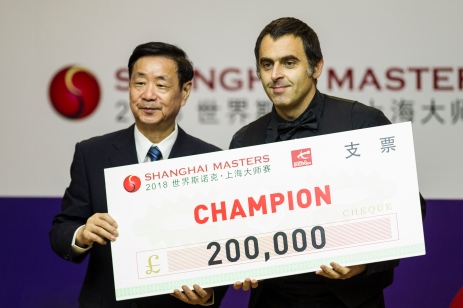 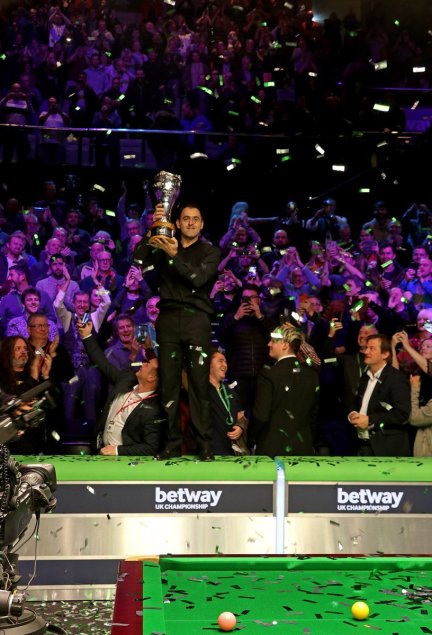 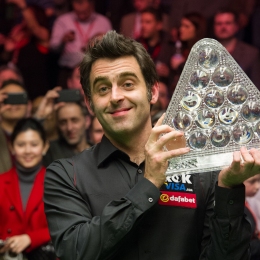 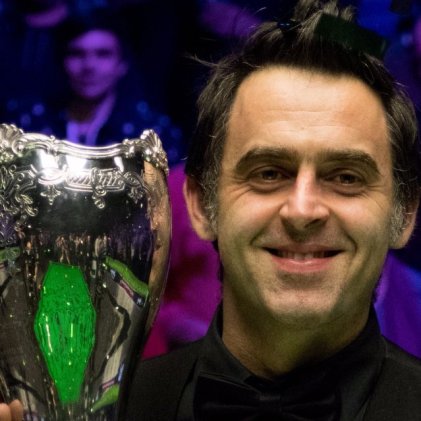 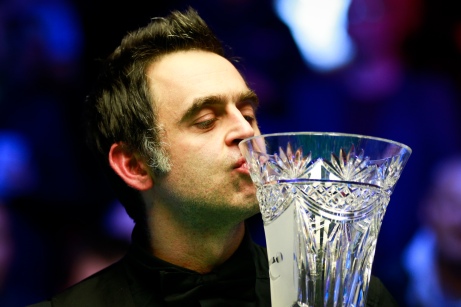 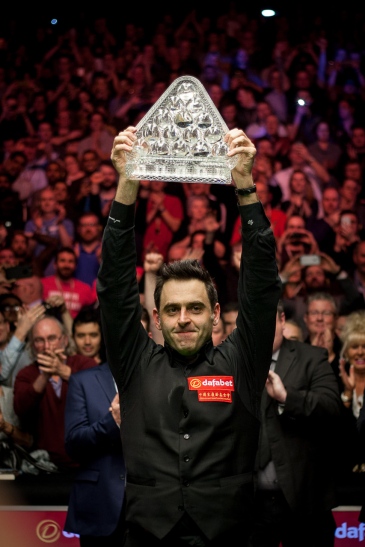 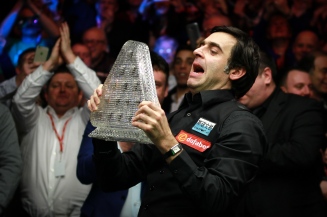