It’s been an extraordinary couple of days for Mark Selby. On Sunday night he became the 2022 English Open Snooker Champion and yesterday, with his brother in law, Gareth Potts, he won the Ultimate Pool Pairs Championship.

In a final where the standard was simply out of this world, Gareth Potts & Mark Selby end the reign of Karl Sutton & Shaun Chipperfield to become the new Ultimate Pool Pairs Cup Champions!

And they shared some images too…

Mark seems to be in a much better place than he has been for a long time and this is also shows in this piece by Hector Nunns:

Mark Selby was inspired by football’s GOAT Lionel Messi to one of his most cherished title triumphs.

But the four-time world champion admits that it may prove impossible to snatch that tag from the great Ronnie O’Sullivan in his own sport.

World No2 Selby, 39 managed to catch Argentina and Messi winning a World Cup final for the ages between sessions of his 9-6 victory against Belgium’s Luca Brecel at the English Open in Essex.

And just as it was a highly emotional night for Argentina’s captain, so there were tears shed by Selby and wife Vikki after a tough year that saw him publicly and bravely confront mental health struggles.

Selby said: “I have always been a Messi fan over Ronaldo. I know Ronaldo is also brilliant and has done it in several different leagues, while Messi was mainly at Barcelona.

“But if I was paying to watch one of them, I’d pick Messi over Ronaldo. I think it’s fair if he is now seen as the GOAT, and the greatest of all time. That is my personal choice.

“And I suppose for anyone else to be even in the conversation as the GOAT in snooker you’d have to break all of Ronnie’s records.

“So that means seven or eight world titles at least, the debate until now has been between Ronnie and Stephen Hendry, though most would now say O’Sullivan.

“It is Ronnie for me. And look, even if I won 10 world titles I am not one for saying ‘It’s me’. That’s for others. But while I am still playing, I’ll be trying to win eight.

“It was brilliant with the timings to also get to see the World Cup final before the evening session. I went back to the hotel to get some food and it was on there.

“I think I watched it from about 75 minutes onwards. And I was cheering on Argentina because Messi is an absolute legend – the greatest player I have ever seen in my lifetime.

“Knowing that was his last World Cup, I would have been an absolute tragedy for the player he has been if he was never to have won it.

“So I saw him get the third, then France level at 3-3, and then the shootout. That is like a deciding frame in snooker – the toss of a coin.”

For a generation Scot Hendry, despite the unparalleled raw talent possessed by the Rocket, would often come out on top in polls to decide who was the all-time best in snooker.

But May’s most recent world championship win for O’Sullivan in Sheffield, seeing him equal Hendry’s seven Crucible crowns, has seen the world No1 inherit that mantle in the eyes of all but a very few observers for all his many other achievements.

O’Sullivan has also won the most ranking titles, the most majors in the game’s Triple Crown series, made the most maximum 147s and scored the most centuries. But Selby remains one of very few still with any realistic chance of getting to seven in the blue-riband tournament.

On his English Open success, Selby added: “From where I have come from and where I have been, it is incredible really to be back winning and enjoying my snooker and my life.

“Winning was all about what it stood for and represented, rather than the trophy itself. And to have Vikki and our daughter Sofia there was extra special. Vikki has been to the well and back with me.

“It may well have been harder for her than me, at least I was getting help and speaking to the right people. She didn’t always know what to say from day to day.

“But people didn’t always think about her and she was suffering as much as I was. It was hard for me to do that because I couldn’t even support myself.

“So she has been an incredible rock and I honestly don’t think I’d be here without her. She told me years before I did that I should seek help. But I thought I could do it on my own.”

Mark is not the only one to recognise Ronnie’s status in snooker and in sport in general. After being snubbed several times when he should have been – most notably in 2013 – Ronnie finally got nominated for SPOTY:

A shortlist of six contenders has been announced for the 2022 BBC Sports Personality of the Year award.

Voting will be open during the show on BBC One on Wednesday, 21 December.

The programme, filmed at Media City in Salford, will celebrate 12 months of incredible sporting action.

The public can vote by phone or online on the night for the main award, with full details announced during the show.

Other awards to be announced include Young Sports Personality of the Year,Team and Coach of the Year, Unsung Hero and the Helen Rollason Award.

Eight-time sprinting gold medallist Usain Bolt will be honoured with the Lifetime Achievement award, while football World Cup winner Lionel Messi is the World Sport Star of the Year. 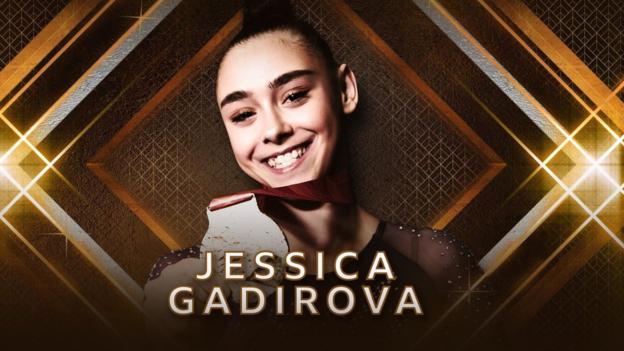 A rising star of British gymnastics, Gadirova claimed floor gold on the final day of the world championships.

It was the English gymnast’s third medal at the event in Liverpool after winning silver in the team event and a historic bronze in the all-around competition.

That was Britain’s first world all-around medal and Gadirova became only the fifth British gymnast to be individual world champion.

Gadirova, who took floor gold and team silver at the European Championships, is also on the Young Sports Personality shortlist along with skateboarder Sky Brown and diver Andrea Spendolini-Sirieix.

“I’m just so shocked to be in that shortlist with such incredible athletes and to be recognised for my hard work and achievements – it’s incredible,” she told BBC Sport. 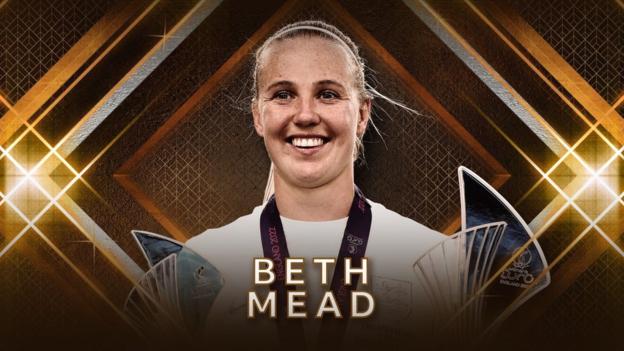 Mead won the Golden Boot and was player of the tournament as England claimed a historic triumph at Euro 2022.

The Lionesses lifted their first trophy at a major women’s tournament with a 2-1 victory after extra time against the eight-time champions Germany at Wembley.

“It was a proud moment for me and a surreal moment, walking out of that tunnel and going to play football in front of a home crowd,” Mead said of the final played in front of a record 87,192 crowd.

Mead scored six goals and contributed five assists during the tournament as she bounced back from the disappointment of not being selected to represent Team GB at the Tokyo Olympics a year earlier.

The Arsenal forward was voted BBC Women’s Footballer of the Year 2022 and was runner-up in the Women’s Ballon d’Or, the prize awarded to the world’s best footballer of the year. 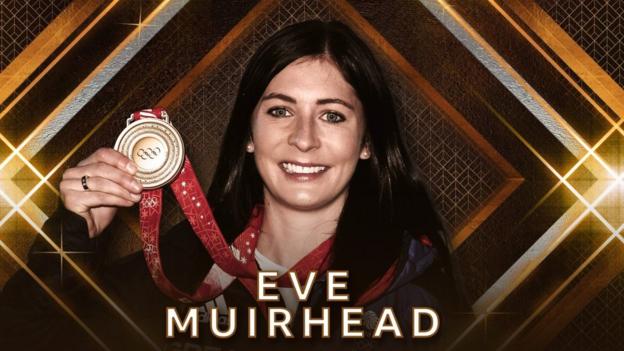 As skip, she claimed an elusive gold medal in China at the fourth time of asking, the pinnacle of a career during which she became Scotland’s most decorated curler.

“I look back and I still wonder how I got myself through lockdown, covid, everything. It was such a rollercoaster, standing on the top of the podium at the end of it all was very, very special,” she told BBC Sport.

In 2014, she was the youngest skip to win an Olympic medal as her team claimed bronze.

For Scotland, Muirhead won the European Championships three times and she claimed a sixth world mixed doubles title earlier this year alongside Bobby Lammie before later announcing her retirement from the sport.

Aged 46, he became the oldest world champion in Crucible history, eclipsing Ray Reardon, who won his sixth title aged 45 in 1978.

‘The Rocket’ cemented his position as one of snooker’s all-time greats with an 18-13 final win over Judd Trump.

It was a 39th ranking title for the English player who holds almost every major record in the game and also won the Champion of Champions and Hong Kong Masters in 2022.

O’Sullivan, who has on occasion been outspoken about snooker and his fellow players, told BBC Sport: “The love/hate doesn’t come from hating the game, I’ve always loved the game, just my frustrations would spill over and it would look like I had fallen out of love with the game.

“But it was only because I wasn’t playing the game to the standard that I wanted to play.“ 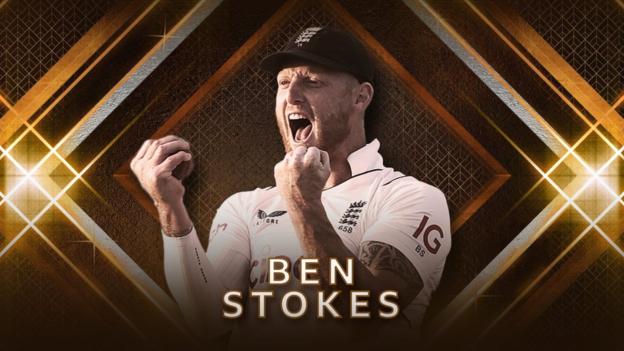 Under intense pressure at the iconic Melbourne Cricket Ground, Stokes was there at the end on 52 not out.

Having inherited a side with one win in their last 17 Tests, Stokes’ England claimed nine out of 10 in increasingly audacious fashion against New Zealand, India, South Africa and Pakistan.

He captained England to one of their greatest overseas performances, with a bold declaration helping secure victory with a record run rate in their first Test in Pakistan for 17 years and setting his side on the path to a historic 3-0 series win.

Stokes told BBC Sport: “I think it shows that you don’t have to be stuck in a particular way of playing Test cricket just because it’s been done for however long, a long period of time. It’s different but it’s exciting to watch.” 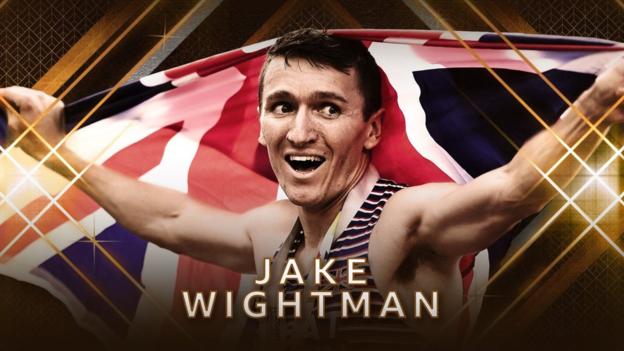 Wightman produced a stunning run to take 1500m gold at the World Championships in Oregon.

The Scot was the first British man to win the world title in the event since Steve Cram in 1983.

He produced a brilliant final burst to pass Olympic champion Jakob Ingebrigtsen and clinch the title, called home by his father Geoff who was the stadium announcer.

“It’s that moment you cross the line, it’s just such euphoria, I just wish you could bottle that up because it soon fades away a little bit,” Wightman told BBC Sport.

“The disbelief and the shock are something that I will never have again.”

Wightman also won 800m silver at the European Championships and 1500m bronze at the Commonwealth Games.

I don’t think Ronnie has any chance to win it. The winner this year will very almost certainly be Beth Mead, and I expect Ben Stokes to be in the top three too. But maybe, only maybe, Ronnie could come second or third which would be fantastic as snooker is neither as popular as football nor “fancied” by the establishment …