Shaun Murphy is our second finalist as he came from behind to beat Luca Brecel yesterday evening.

Shaun Murphy came from 4-2 down to beat Luca Brecel 6-4 and set up a 188BET Champion of Champions final against Ronnie O’Sullivan on Sunday.

It will be the first final the pair have contested since the 2009 Premier League as O’Sullivan goes for his third Champion of Champions title, while Murphy appears in his first final at Coventry’s Ricoh Arena.

Brecel made a stylish start to the semi-final in front of a packed Coventry crowd, opening with a 68 which was by no means straightforward. He had a 3-1 lead at the interval and could have extended it further had he not misjudged a shot on the pink, allowing Murphy in to see out a frame in which he’d already amassed a 48 break.

The Belgian restored his two-frame lead immediately, but a fantastic 131 clearance saw Murphy back to within one. ‘The Magician’ had an opportunity to level in the eighth but ran out of position on 28. Both players faltered again in the same frame, before Murphy capitalised when given the chance with a confident 73.

The Gibraltar Masters champion, who hadn’t won at match at this tournament prior to this year, moved to within one by taking the ninth. The first eight frames had averaged less than 12 minutes each, but as the match edged towards a conclusion things became understandable more tense.

A gripping safety battle was the feature of the tenth, but victory was Murphy’s when Brecel first missed the brown and then overplayed his second attempt, allowing ‘The Magician’ to take the final colours for victory.

“I needed patience at the end, and it was important to be calm and maybe that was the little thing that I had tonight,” said Murphy.

“I will come tomorrow and try my best, give it everything I have got and enjoy myself. It is about forgetting everything else and just remembering we are two men having a game of snooker.

Brecel said: “I didn’t play well at all today. It was a good experience, but I wanted to win today. I want to win everything so I am disappointed, but that is snooker and I will learn from it.”

Elsewhere, Ronnie talked to Hector Nunns about his new diet and how he expects him to help him keep his form across an extremely busy schedule:

RONNIE O’SULLIVAN insists his superb form is down to a new diet that helps him cope with a gruelling schedule. 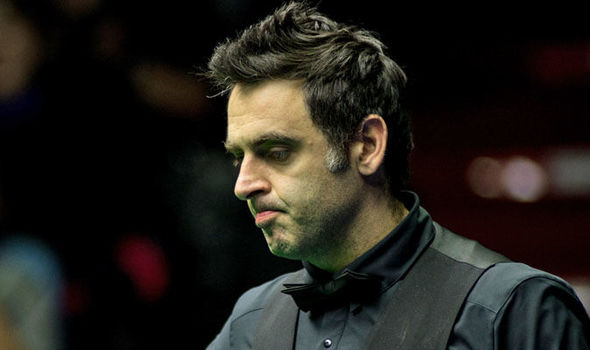 The Rocket has blasted into today’s [Sun] Champion of Champions final having last month won the English Open with a sizzling display.O’Sullivan, 41, is into a fourth straight final at Coventry’s Ricoh Arena and has lost just one of 15 matches at the venue.

The prestigious winner’s tournament is one of seven events almost back-to-back involving constant shuttling between China and Europe.

And O’Sullivan hopes the regime will prevent him suffering the same fate as a bleary-eyed world No1 Mark Selby in Coventry, who was almost falling asleep at the table.

O’Sullivan, who made a 900th career century in his semi-final win over Anthony Hamilton, said: “I have lost a stone in the last few weeks.

“And I can finally get my trousers back on now! That is despite not being able to run because of a bad ankle injury.”For two years I had to wear this right manky old pair of trousers which haven’t been comfortable, but it was all I could get my legs into.

“And I think the good food I am eating is really helping me to relax and cope with the pressures of playing and the effects of all the travelling.

“I had to look at diet a lot more carefully because I have been picking up so many injuries I can’t put the running in I was doing before. I have been talking to nutritionist Rhiannon Lambert.

“The alternative is an operation and I don’t want that right now, it would mean six months without being able to get about, or play snooker, or do any of the other things. 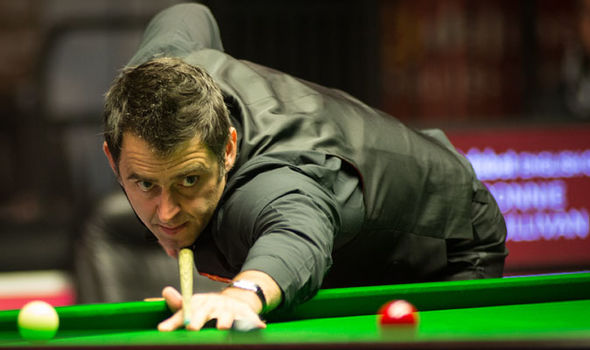 “I can’t eat what I used to because I am not running like I used to. I am like a sponge and like to learn about new things.

“I feel more alert out there in the arena, I don’t drink tea and coffee like I used to, and I want every advantage I can get. I notice the changes, I am nearly 42 now, and I need that help.

“The schedule has been very tough on a lot of the players. I did look carefully in advance at this run of seven tournaments on the bounce.

“And for me when I entered them I viewed it as seven raffle tickets, and I was looking at having one or two decent runs. You couldn’t possibly win them all.

“It is not nice as a professional to play in a big tournament below your best, as Mark Selby clearly was at the Champion of Champions. He looked shattered.

“It doesn’t give people the best chance of winning, and that is why you get so many different winners because of the schedule.

“If I had been him, winning the International Championship in Daqing, I’d have pulled out of this tournament.

“I don’t want to go on TV in front of your fans who pay to come and see you and struggle. If it was a game show and people paid to watch you struggle, it would be different.

“But it isn’t, this is professional snooker and you want to be ready. I felt a bit sorry for Mark, he could have stayed in China for Shanghai this week or come home and had a week off.

“It’s never good to lose, no one likes it, but not so bad if you have given it everything. It’s not so good if it’s because you weren’t in good enough shape.”

Of course only those who don’t follow Ronnie on twitter will be “surprised” by the diet part. Regarding the schedule, Ronnie is right of course and, frankly, I would be surprised if he did well in Shanghai.