At the time of writing, Ronnie has just won his last 16 match against Eden Sharav, and his waiting for either Neil Robertson or Luo Honghao to join him in the quarters tomorrow, where it becomes best of 9. I will cover that later, tonight or tomorrow morning.

But meanwhile, Ronnie’s management, Unify, has shared this news:

Five-time world champion has teamed up with Unify, which was set up earlier this year 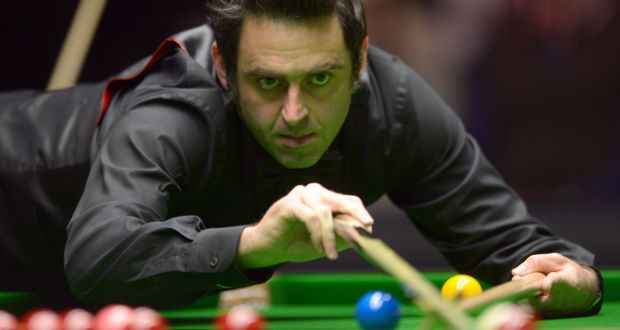 Ronnie O’Sullivan said in a statement on Thursday that he would take up a mentoring role with Unify Sports Management.

Share to FacebookShare to TwitterShare to Email AppShare to LinkedIn

Snooker player Ronnie O’Sullivan has linked up with a Dublin-based sports agency to find and mentor the stars of the future.

The five-time world champion (42) was in the headlines this week for making a maximum break at the English Open, just two days after describing the K2 Leisure Centre in Crawley, which is hosting the event, as a “hellhole”.

O’Sullivan said in a statement on Thursday that he would take up a mentoring role with Unify Sports Management, which has been representing him for the past season. Of his move into mentoring, O’Sullivan said sport was “stressful at times”.

“The highs of winning are great, but the lows are very tough,” he said. “The lads at Unify have been a massive help to me; they just let me focus on getting in the zone and playing.

“I have an opportunity to link up with Unify and together we know we can help the future stars of sport by giving them the advice and support to fulfil their potential.

“I truly love competing, so I’m delighted to have found a way to stay involved in sport when I do eventually hang up my cue. I’m looking forward to helping source raw talent with Unify and giving them guidance from all my experiences at the top of my game.”

Unify Sports Management was launched earlier this year by co-founders Conor O’Boyle and Shane O’Hara. It offers a full-scale service specialising in the commercial and media side of the sports industry.

O’Boyle was alongside O’Sullivan in China last month as the Englishman landed the Shanghai Masters title.

“Conor supported me in Asia and there were moments when I was struggling but he said the right things to get me back where I needed to be,” said O’Sullivan. “He understands the game which really helps too.”

Unify co-founder O’Boyle said: “Shane and I have been involved in sport our whole lives and we are both aware that Ronnie is undeniably one of the most talented sportspeople of all time.

“Asking him to help mentor our athletes was a no-brainer. Speaking with him about competing is fascinating. He has been there and done it all for 25 years and we are hugely grateful for his generosity in being prepared to share his expertise with us.”

It’s good to see Ronnie giving back to his sport by embracing activities that will help young players to achieve their dreams.