Ronnie O’Sullivan has been winning for 25 years now: five world championships, seven Masters and seven UK titles, the latest of them this month. His 19th major victory means he has overtaken Stephen Hendry and become the most successful player in snooker history.

Hendry had already reconciled himself to it. “Ronnie is the best player I’ve ever seen,” Hendry has said. And in all that time, O’Sullivan has never even been nominated for Spoty. Which suits him just fine. “I’m so happy I don’t get nominated,” he has said. “Standing around at some gathering – it’s not my scene.” Which is true, Spoty is a lot of nonsense, but it is also the sort of thing you might say when you have been snubbed 25 times.

O’Sullivan is the rare sort of genius you can actually relate to, one who is always carping about his job, his workplace and his boss. Just like us. And if he lost the popular vote in Crawley when he said their venue “smells of urine”, anyone who has spent any time in an average English leisure centre might suspect there was a grain of truth to it, too. O’Sullivan has always been pretty honest about how hard he finds life, his mental illness, his drink and his drug problems. And unlike some of the other nominees, he is not boring, he is not bigoted, and he is happy to pay his taxes. He is slogging through life just like the rest of us, doing the best he can, it’s just his best is that much better than everyone else’s. 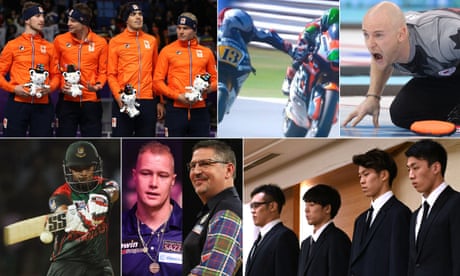 Ian Botham was often asked who wrote his scripts. But for one sunny September day in south London the great all-rounder’s playwright was seemingly seconded to Alastair Cook who, having stated the fifth Test against India at the Oval would be his last in the whites of England, signed off from the stage with a 33rd and final century.

At 33, Cook was calling time because of miles on the clock rather than age. He felt the extra drive that was required at the top level was missing and, in a summer dominated by the bowlers, a double-century against Australia the previous winter was starting to become an outlier. But, freed from any pressure or doubts, an innings of sweet timing followed, and not just by way of willow on leather.

By the time Cook walked off there were 147 runs to his name – bookending a record-breaking England career that had begun 12 years earlier with a century on his debut in Nagpur – and a capacity crowd that included his heavily pregnant wife, Alice, and two young children was rising for its umpteenth ovation. As the slightly embarrassed opener noted at the close: “Sometimes dreams do come true.”

A robust case can be made for all four world star of the year nominees. Francesco Molinari won the Open and took a maximum five out of five points at the Ryder Cup. Oleksandr Usyk became the undisputed world cruiserweight champion. And the incredible Simone Biles was the first gymnast in 30 years to win a medal in all six women’s events at the same world championships, a feat made all the more remarkable given she had a kidney stone 24 hours before her first discipline. 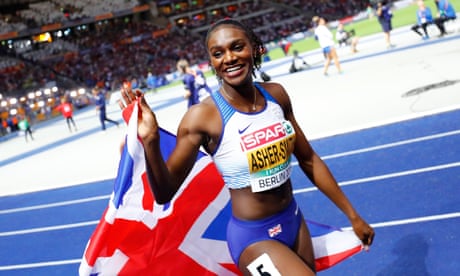 Yet what Ester Ledecka achieved in Pyeongchang was arguably even more mindblowing. Not only did the 23-year-old Czech become the first athlete in history to compete in skiing and snowboarding at the Winter Olympics – she also shocked the world by taking gold in both events. No one gave Ledecka a hope in the women’s Super-G skiing final, given she is primarily a snowboarder, was racing on skis rejected by the US superstar Mikaela Shiffrin and had been in severe pain beforehand. In fact, her victory was so unexpected that NBC declared Austria’s Anna Veith the winner before Ledecka came through to win by 0.01sec.

A few days later Ledecka crushed her rivals in the snowboard parallel giant slalom, a head-to-head in a series of knockout races, to make history. Her snowboarding coach, Justin Reiter, reckons Ledecka – who is also a brilliant windsurfer – is “one of the greatest living athletes”. Who are we to dare argue?

Team of the year: England’s footballers by Paul MacInnes

On the one hand it is too obvious. Men’s football dominates the sporting landscape in this country and sometimes the social and cultural equivalents, too. This England team do not need any more attention than they already have and – you know what? – they did not win anything either. But on the other, there is really no choice: Gareth Southgate’s side delivered the most significant performance of any British team this year. The World Cup is the biggest sporting event on the planet for a number of reasons and one of those is that competing (and even noncompeting) countries invest so much of themselves into it. A good performance lifts a nation, a bad one sends it spinning into introspection.

England’s underperformance at international level had become a psychodrama; their defeat at Euro 2016 by Iceland four days after the Brexit vote a national metaphor. To throw all that off as England did was a seismic feat. To go further: to play modern, intelligent football, to do so with camaraderie and a smile, was not so much a pleasant surprise as a delicious shock.

England (the nation) revelled in it, it made people happy. What more can you ask for from a sporting team than that? And a semi-final place was not bad either.

Coach of the year: Tracey Neville by Anna Kessel

How many people can say they changed their sport forever? Tracey Neville’s England netball win did just that. Beating Australia, the best in the world, in their own backyard to clinch Commonwealth gold. Only Australia and New Zealand had ever made the final before. Neville’s team changed English sporting history and broke a global hegemony.

She did it with coaching prowess, bringing Helen Housby – who scored the winner in the final seconds of the game – into the England squad, making the inspirational Ama Agbeze captain, and squeezing every ounce of professionalism out of semi‑professional players.

The victory gave netball an iconic moment. That glorious photo of the Red Roses piled into a happy heap – Housby’s blue tongue and delirious expression – was plastered across front pages. Its power moved mountains: bringing in TV deals, a glossy Nike campaign and 130,000 more players.

In victory, Neville lifted her own profile, a very rare thing for a female coach. The media attention suits her. She is laugh-out-loud funny, down to earth and hugely likable. A women’s sport and a female coach outshining male competitors? That truly is a new world order.