It was quite an eventful match this! Ronnie ran to a 4-0 lead, punishing every mistake from Ding. During the first mini session, Ronnie didn’t make a century, but he looked extremely solid in all departments, and his concentration was excellent.

He made two centuries, the 122 in frame seven a 147 attempt. Ding had left himself a very tricky last black. He managed to cut it into the top left pocket (as seen on the screen) but wasn’t great on the yellow. He missed the yellow in the intended pocket, only to fluke it in the opposite corner. But that was it, the green proved to be too difficult.

At 4-3, it was everyone’s match. But Ronnie managed to re-concentrate just in time. He won a very disjoint eighth frame, but then finished with an excellent 93.

There was another great moment during this match: Ding was in a devilish snooker and failed to escape. However, when he came very close to hitting a red, Ronnie refused to take the miss, in the opinion that his opponent had given it his best effort to reach, and played a containing shot from the position. He got an ovation from the crowd, and praise from the commentators. Sportsmanship is at the highest level in snooker and this was yet another expression of it. In his QF, Ding himself had called a foul on himself, for touching the cue ball whilst feathering. No one had seen it, not even the referee. That’s why we love snooker.

After the match, Ronnie tweeted this:

What a match against my brother Ding. The guy is amazing and a class act on and off the table. A real asset to the game 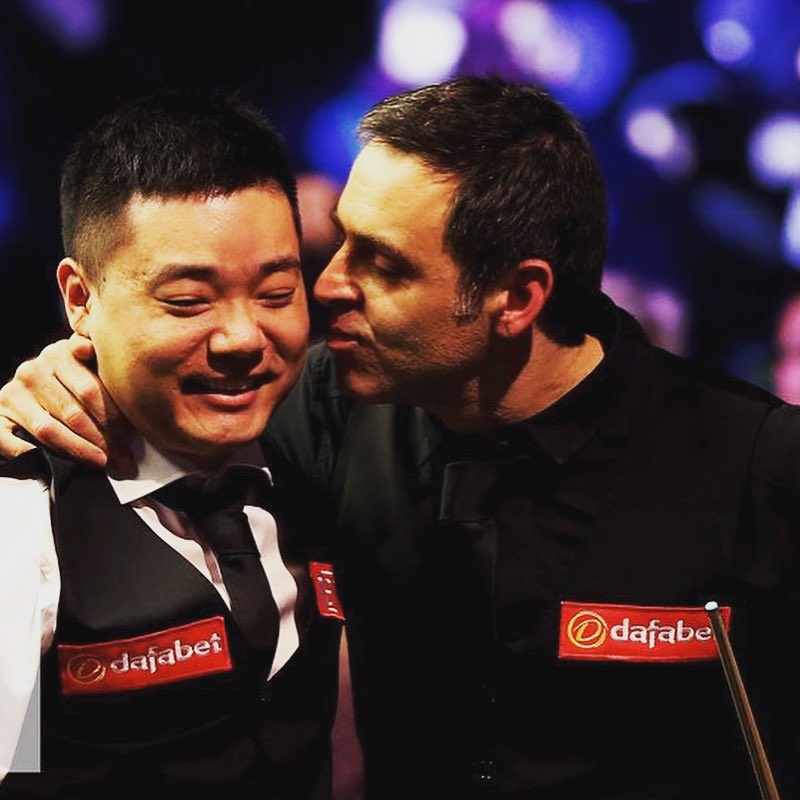 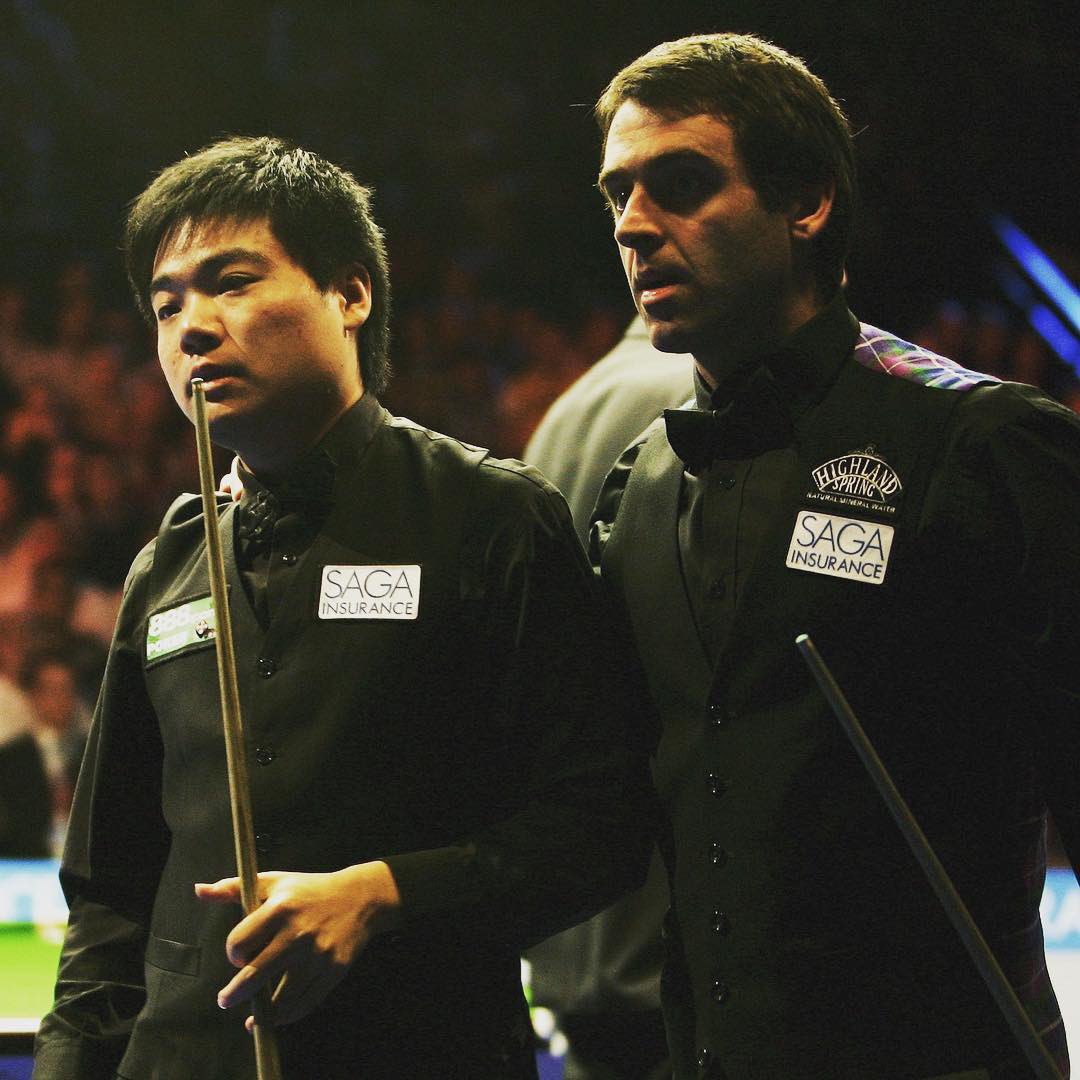 O’Sullivan, who won a seventh UK Championship title in York last month, raced into a 4-0 lead.

Ding hit back with three in a row, including missing the final green while on a maximum 147 effort, but O’Sullivan proved too good.

Neil Robertson, the 2012 winner, and Judd Trump meet in the evening session for a place in the final.

Saturday’s meeting was a repeat of the 2007 final, in which a visibly distraught Ding struggled to hold back the tears and was consoled by O’Sullivan at the end after suffering a heavy 10-3 defeat.

The clash between two of snooker’s biggest stars – crowd favourite O’Sullivan and China’s Ding – produced a fine spectacle as ‘The Rocket’ threatened to run away with the match in the early stages.

But O’Sullivan managed to get over the line and this season’s dominant player claimed his 29th win from 31 matches to reach his fifth final from the six tournaments he has entered.

The 43-year-old is now aiming to become the first player to win any Triple Crown event – the World Championship, UK Championship and Masters – eight times.

Ding had numerous chances early on but failed to convert them, allowing O’Sullivan to pick him off with breaks of 58, 75, 52 and 56.

After the mid-session interval, Ding responded with back-to-back centuries and agonisingly missed out on the 147th maximum in snooker history by potting 15 reds, 15 blacks and fluking the yellow, but was unable to convert a difficult green into the middle pocket.

Under the cosh, O’Sullivan countered in style, taking the two frames required, including a sublime 93 break to wrap up the match.

At the end of the match, the players were both smiling, talking, embracing and hugging each other, It was great to see. Ronnie was full of praise for Ding, as a player and a person in the BBC studio.

Ronnie Wood (Rolling Stones) is Ronnie’s close friend and he was in the crowd… and later in the Eurosport Studio.

And the always great images taken by Tai Chengzhe. Thank you Tai!