As the tournament unfolds it’s increasingly clear that the two players in form in Beijing are Neil Robertson and Stuart Bingham. Luca Brecel also looks in good nick, although he made a rather slow start against Hossein Vafaei. Jack Lisowski made his fair share of errors but then it transpired that his tip was damaged. He had to take a break  after framùe 8 to fix the problem. Therefore it’s hard to know exactly how well he’s playing (or not… ). He’s facing Stuart Bingham tomorrow and will need to improve to stand any chance, unless Bingham has a bad day in office. In any case, going by what we have seen so far, I would be very surprised if we didn’t have two top 16 players in the final come Sunday.  One of Scott Donaldson and Ben Woollaston will reach the semi-finals. Ben in particular had a poor season so far but he’s turning it around and making it count in Beijing! Alan McManus will play Luca Brecel tomorrow. It’s fair to say that their styles are radically different. Anything can happen: Luca might well out-pot Alan and keep him cold off the table, but equally, Alan who is experienced and shrewd could outfox and frustrate Luca pushing him into taking a few risky shots too many.

Luca Brecel and Neil Robertson produced blistering displays to secure their quarter-final places at the XingPai China Open with whitewash wins in Beijing.

Brecel progressed courtesy of a 6-0 defeat of Iran’s Hossein Vafaei. He needed just under an hour and a half to secure the comprehensive victory.

The Belgian was given a boost yesterday after David Gilbert’s 6-3 defeat to Scott Donaldson confirmed his World Championship place in the Race to the Crucible.

“When I got the news that my Crucible place was confirmed I was very happy. I’ve been quite close to qualifying so many times this season and I have finally done it,” said Brecel. “Hossein is a very good friend of mine so it wasn’t easy to play him today. I felt very relaxed, he was a bit unlucky at times with his positional play, but I just took my chances very well and didn’t miss much.”

Robertson dispatched China’s Lu Ning 6-0 in an equally quickfire fashion. The world number seven is the highest ranked player left in the tournament after a series of shock defeats, which have seen the likes of Mark Selby, Mark Williams, John Higgins and Judd Trump fall by the wayside.

Australia’s Robertson is currently in superb touch, having reached three consecutive ranking finals. He was victorious at the Welsh Open and runner-up at the Players Championship and Tour Championship.

The 2010 World Champion composed breaks of 56, 100, 75, 60 and 77 on his way to victory today. Afterwards Robertson sympathised with his opponent following the conclusive result.

He said: “I just gave him a hug there. I would also have done that to pretty much any other player in the world today, as I played really well. Snooker is like that, it is such a tough sport because there is nothing you can do when your opponent is at the table and you are sitting in your chair. He is a much improved player and I’m sure he will learn from this today.”

Robertson will face Sam Craigie in the last eight after the Englishman defeated Liang Wenbo 6-2 to book his first ever ranking event quarter-final appearance.

Jack Lisowski survived problems with his tip to battle back and defeat Li Hang 6-4. The Gloucestershire potter came from 4-2 down to level at 4-4, before requiring a break in play to remove the damaged tip from his cue and fit a replacement.

That didn’t appear to inhibit him too much when they returned. Lisowski moved one from victory, before crossing  the line by stealing the tenth frame on the final black.

Stuart Bingham will be Lisowski’s opponent in the last eight. He progressed courtesy of a 6-1 demolition of Rod Lawler. The 2015 World Champion is in fine form having won the recent Gibraltar Open and he carried that into this week, firing in a 147 break in his previous match against Peter Ebdon.

Bingham and Lawler shared the opening two frames today, before the Basildon potter surged clear. He compiled breaks of 83, 100, 103, 60 and 81 in consecutive frames to emphatically blitz to victory. 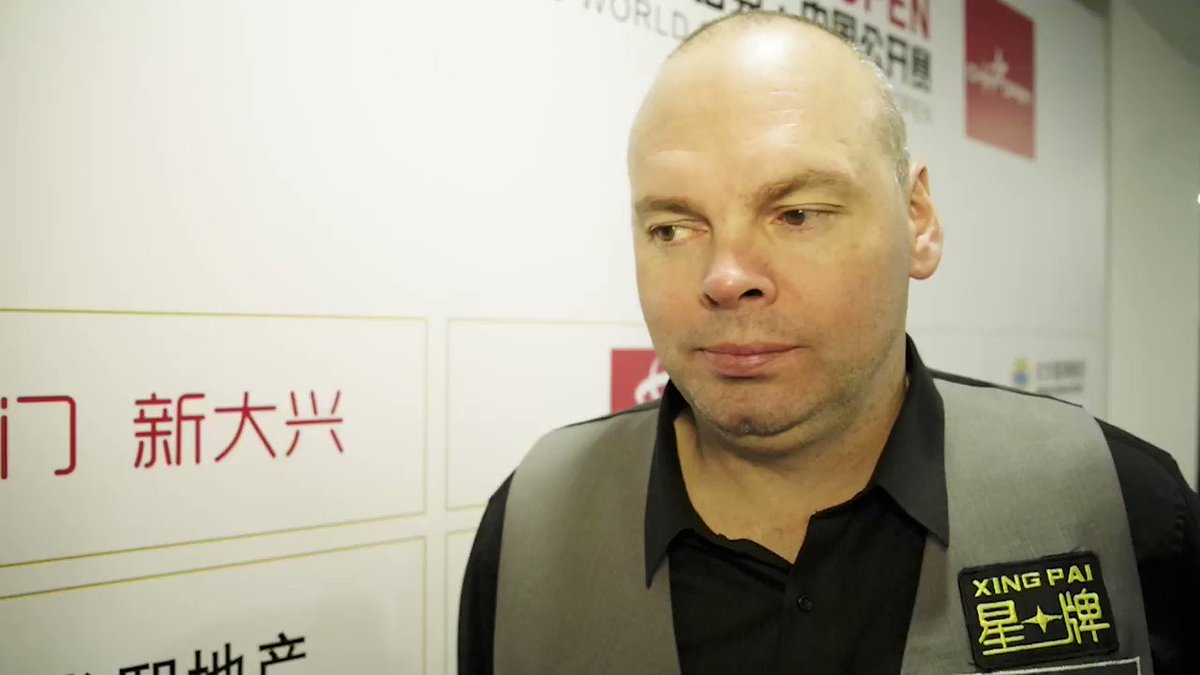 “You said I had back-to-back tons, I can’t remember”@Stuart__Bingham was in the zone as he swept aside Rod Lawler to reach the last 8 at the XingPai China Open!

Alan McManus is through to the last eight of a ranking event for the first time since reaching the World Championship semi-finals in 2016. The Scot battled hard to defeat compatriot Anthony McGill 6-3 and will face Luca Brecel tomorrow.

Ben Woollaston booked his place in the quarter-finals with a narrow 6-4 win over Lyu Haotian. It’s the Leicester potter’s first trip to the last eight of a ranking event since the 2017 Paul Hunter Classic.

He’ll face Scott Donaldson tomorrow for a place in the last four. Donaldson won a fiercely contested clash with Ricky Walden 6-5 to progress. Both players still have a chance to grab a surprise last gasp place in the world’s top 16 to qualify for the Crucible. However, along with McManus, they must win the event to do so.