So … we have Ali Carter v Stuart Bingham in the Masters Final today. Neither of them has been there before. Ali has been a Word Championship finalist twice, Stuart is a former World Champion. It’s not as if they never competed in a major final, but the Masters is special, it’s a bigger arena than the Crucible and it’s a much livelier, rowdy crowd as well.

They are both from Essex and know each other since the junior days. That doesn’t mean that they are friend or even good pals. There is a lot going on in juniors sport, not always positive. Rivalries pushed too far not just because kids are naturally competitive but because of pushy coaches and parents as well. You may be surprised how many parents/coaches interfere and  put huge pressure on their kids to succeed and to make their own unfulfilled dreams a  reality, living them “by proxy” in a way. But it’s very common, and extremely unhealthy.

From bits and snippets I overheard when I  spent time on the tour, there seems to have been a lot of that in Essex in the days when King, Carter, Bingham and Ronnie were juniors and it left scars.

Anyway, here is how we got there. 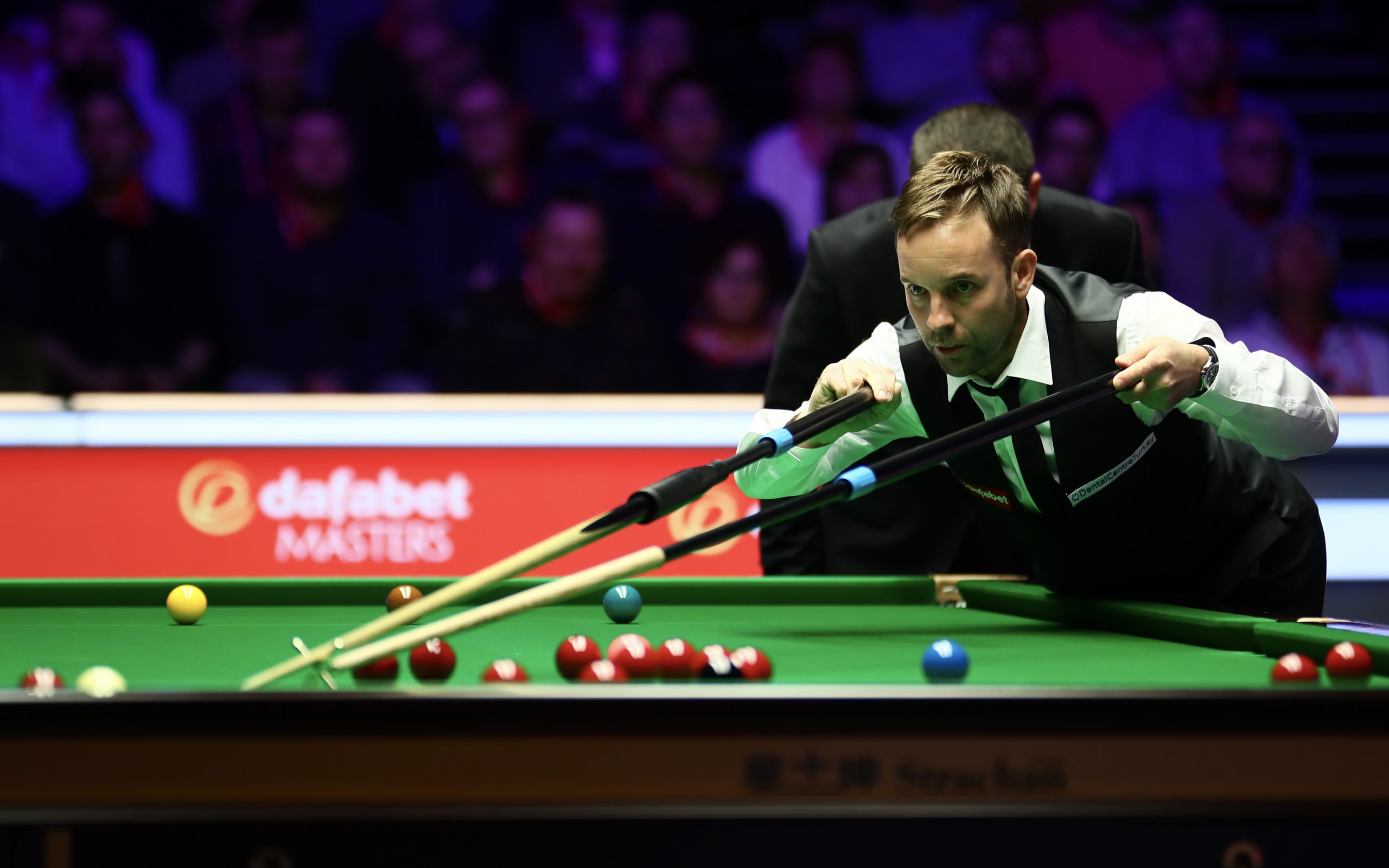 This will be the third time that the Captain has graced a Triple Crown final, having been runner-up to Ronnie O’Sullivan at the World Championship on two occasions in 2008 and 2012.

Carter’s run to this year’s final has seen him take down three former World Champions and Masters winners, having beaten Mark Selby, John Higgins and now Murphy. World number 17 Carter’s exploits this week have been all the more remarkable given he was a late entrant to the event after world number three O’Sullivan pulled out.

With David Gilbert and Stuart Bingham contesting this evening’s second semi-final we are now guaranteed a new name on the Paul Hunter Trophy. Carter will face the winner tomorrow over the best of 19 frames for the £250,000 top prize.

Triple Crown winner Murphy will have to wait to end a five year run without claiming one of snooker’s big three titles. However, he leaves Alexandra Palace with £60,000 for reaching the last four.

Breaks of 55 and 91 saw Carter move into a 2-0 lead in the early stages this afternoon. Murphy hit back with a superb contribution of 105, but Carter claimed the fourth to lead 3-1 at the mid-session.

When they returned Murphy compiled his second century of the evening, a break of 110, to pull within a frame at 3-2. Carter came from behind to compose a run of 70 to steal the sixth frame, before a dramatic seventh.

Essex cueman Carter missed a straightforward brown to move a frame from victory and Murphy capitalised to make it 4-3.

An outrageous fluke when escaping a snooker on the final red allowed Carter to move 5-3 ahead and he completed the win with a steely break of 97.

“It’s a massive event. It is a great event. To beat three players like I have, means I deserve to be in the final. Hopefully I go out there and produce the goods tomorrow,” said four-time ranking event winner Carter. “I was presented with an opportunity and I’ve taken it. That is all you can ask for. It is in my hands and I couldn’t believe it when Ronnie withdrew. You never know what he is going to do.

“It is a massive match for me tomorrow. The experience that has gone before in my career can only help. I am working on new things. I am feeling strong and feeling positive. I am just trying to do the right things out there and not get frustrated or let my frustrations get the better of me.

“It is one more match at the end of the day. I will turn up, chalk my cue and get stuck in.” 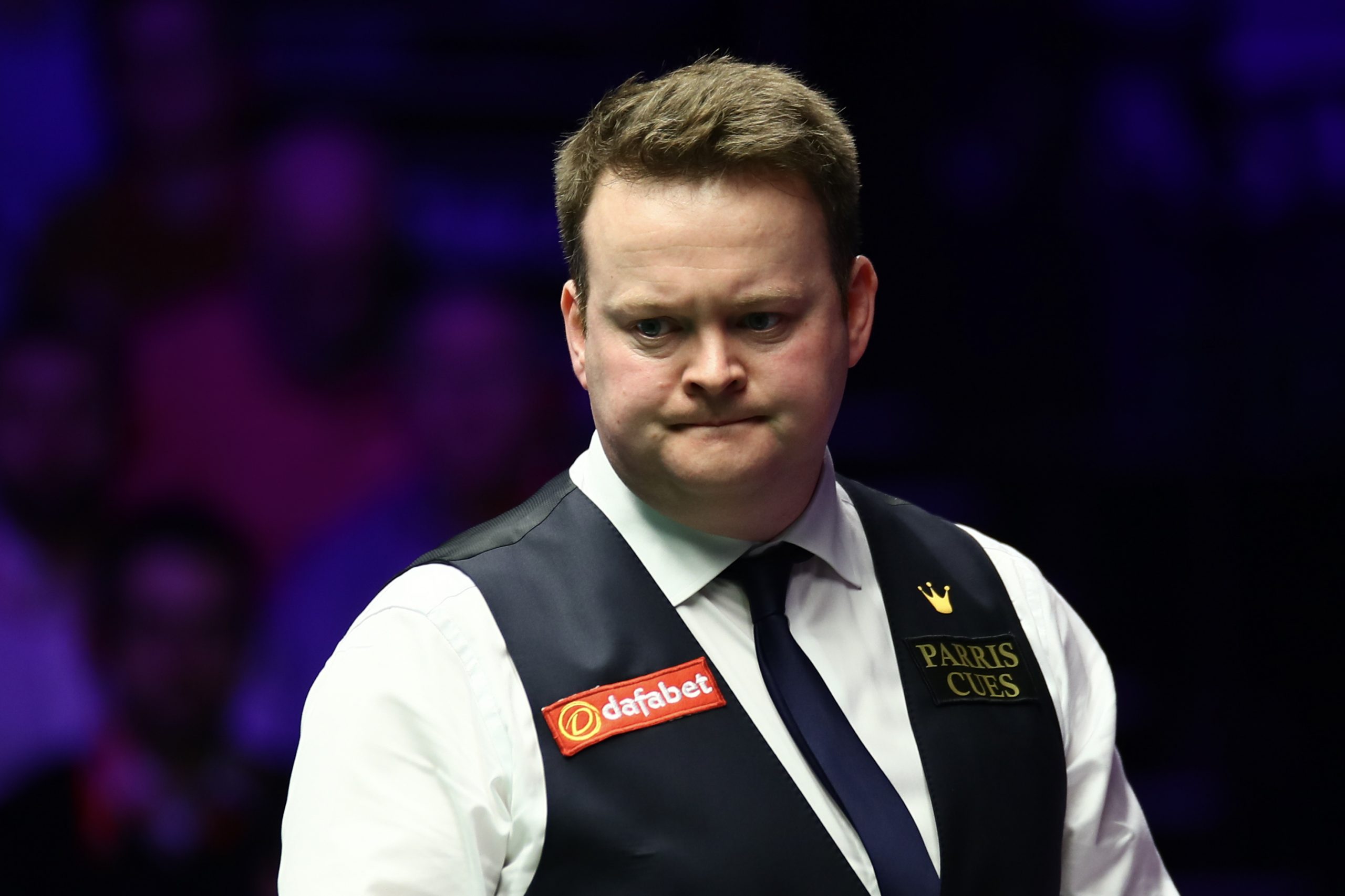 Murphy said: “I think that is just the game. I thought I played quite well. I enjoyed the match and thought we had some good battles. There was some good potting and break building.

“Very well done in terms of standing up to take his chance at the end. It is not easy out there and not as easy as people make it look from time to time. To get to his first final here in front of a packed house and on an invite. Someone shouted ‘finish him’ like from Karate Kid at the end and he did.”

I’m not too sure how Shaun assessed his own performance. He didn’t play well. He wasn’t terrible either but still far from his best. I don’t like the person Ali is, or at least how he comes across on social media, but I certainly admire his fighting qualities. He will give it his all today, I have no doubts. 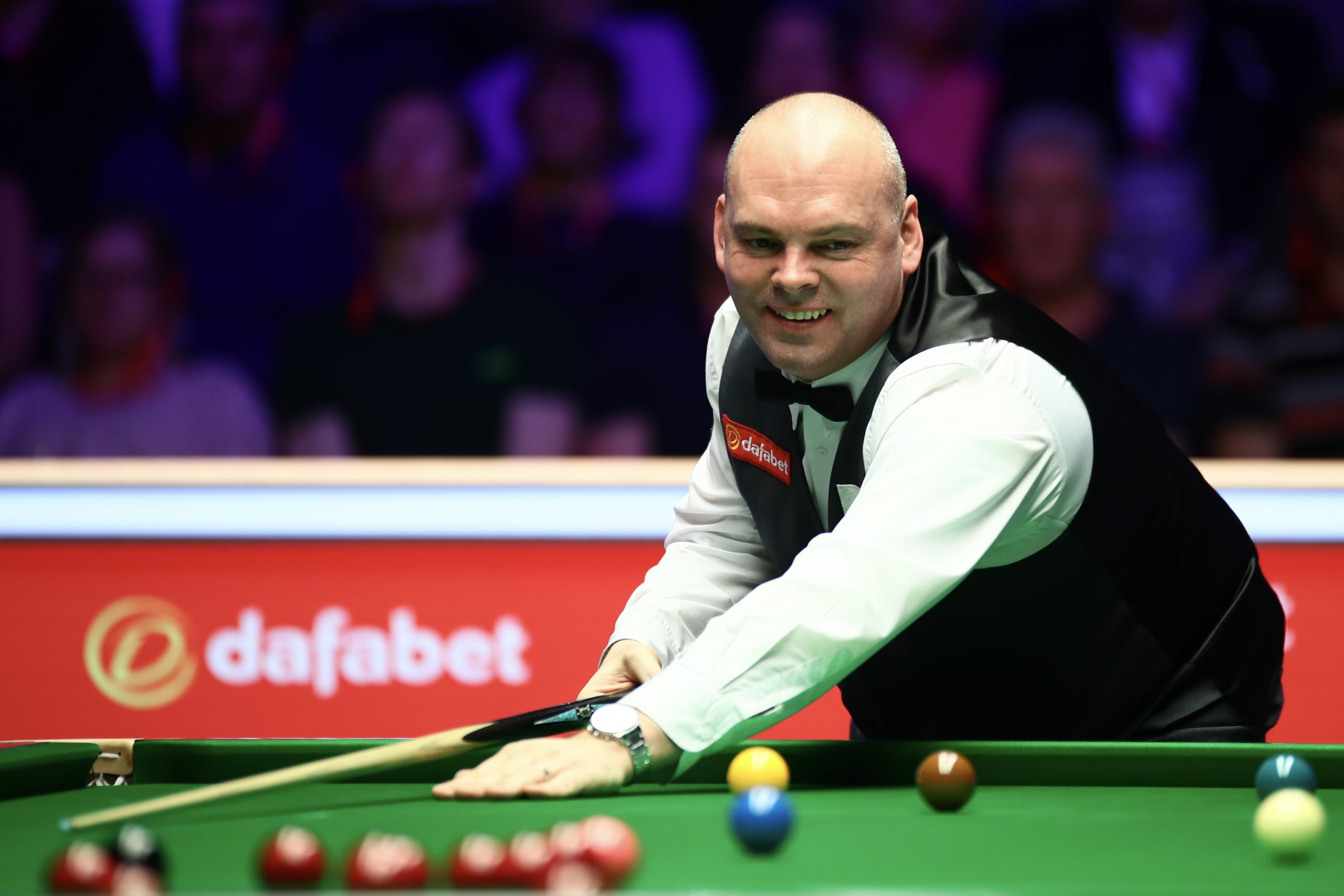 Stuart Bingham is through to his first Dafabet Masters final, after a thumping 6-2 semi-final defeat of David Gilbert at Alexandra Palace.

There is guaranteed to be a new name on the Paul Hunter Trophy tomorrow night, with Bingham being pitted against Ali Carter, who defeated Shaun Murphy in this afternoon’s match to reach his first Masters final.

It will be the third year in a row that the Masters has produced a maiden winner, after Mark Allen picked up the title in 2018 and Judd Trump was victorious 12 months ago.

Bingham and Carter will clash over the best of 19 frames for a top prize of £250,000, the richest in the event’s history.

As play got underway this evening, Bingham established control of proceedings with Gilbert struggling to settle. Breaks of 94 and 71 saw him establish a 2-0 advantage.

There was then an edgy third frame, where both players spurned opportunities. Ultimately it came down to a missed final brown to the baulk corner from Gilbert, which landed at the mercy of Bingham who cleared to the black to lead 3-0.

Gilbert steadied himself and got a frame on the board with a stunning break of 131 to keep himself in touching distance, trailing 3-1 at the mid-session.

They returned to a raucous reception from the packed crowd and 2015 World Champion Bingham managed to re-assert his authority. He took the fifth frame, before a run of 75 saw him move one from victory at 5-1.

Gilbert did pull another back courtesy of breaks of 45 and 42 in the seventh. However, Bingham wasn’t to be denied, firing in a run of 63 to secure victory.

“I settled down a bit quicker than Dave. You could see he was a bit nervous and missed a couple. I had a couple of good breaks,” said Bingham. “When we came back out after the break the atmosphere was mad. I have never even been anywhere like that before. We both looked at each other and thought ‘wow’. I am just glad to be over the line and in the Masters final.

“Myself and Ali used to play in junior tournaments in the Essex county, now we are competing in a major final. It is a bit surreal.

“It would mean everything to win. Just being in the VIP lounge and seeing all of those names on the list of past winners and the history of the game. To be amongst them would be fantastic.” 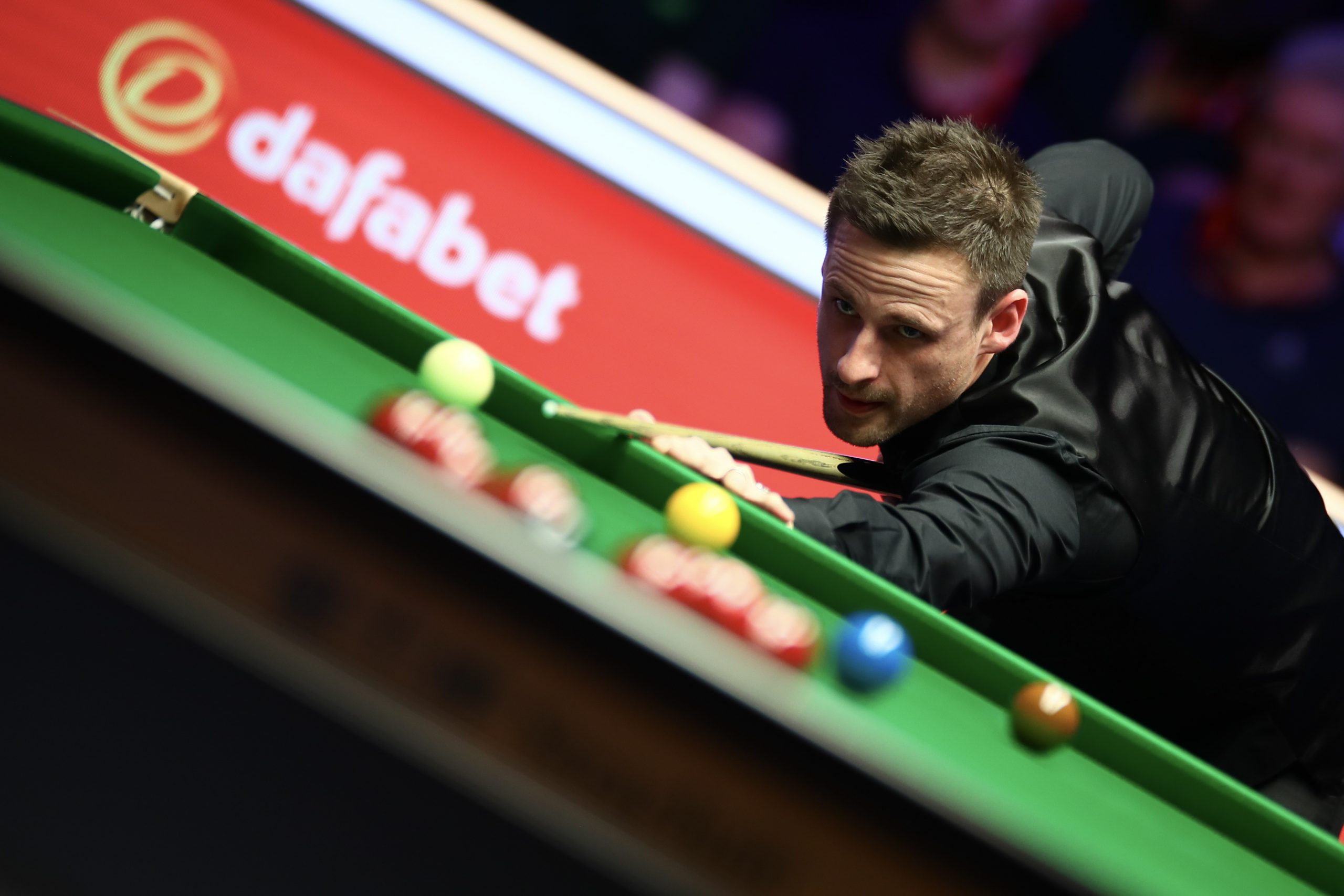 Gilbert said: “It was a really poor start. People will put it down to nerves, as they always do with me. That was probably the best I have felt this week early on. I just missed a few easy pots.

“Thanks to everybody for cheering me on. It has been a brilliant week. The Masters was everything and more than I ever thought it was. I showed that I could play a bit. Stuart is a tough matchplayer and he doesn’t give it to you easily.”

Ronnie was in the studio and was critical of David Gilbert mentality. He compared him wto  Jack Lisowski and, to an extend, to Ding. Supremely talented players but who lack the belief that they can win when not at their best and/or the fight to keep battling under those circumstances and give up. Himself has been guilty of that on occasions of course, but he’s also battled very hard on his B od C game in many other circumstances. I’d say that in Ronnie’s case, it’s more been a matter of what mental state he was on the moment than a personality trait.  This attitude however can originate from a number of circumstances as much as it can be a fundamental aspect of a person’s character. In Ding’s case for instance, I’m convinced that years of sustained massive pressure and excessive expectations since a very young age have taken a lot out of him, mentally and emotionally. That he wants to step away from that at times isn’t surprising. Gilbert has been a journeyman for most his career – he’s 38, a late developper – and I’m not sure that deep down the self-belief is there, or “enough” there yet I should say. Jack for me is yet another case. He’s a cancer survivor, he was only 16 when he was diagnosed, he just turned pro that year. Who knows how much this battle has taken out of him physically and mentally? He was only a young teenager. Quite often he looks tired, and older than his years. And maybe, when you have got on the other side of such ordeal, you just want to enjoy your life. Everyone is different: Ali seeems to have got more hungry for it, all credit to him.