The World Grand Prix kicked off yesterday evening in the Centaur, in Cheltenham. The race courses in Cheltenham are probably amongst the most famous in the world, and for many players involved this week, the tournament will have the feeling of a race, a race to get in or to stay in the top 16 on the race to the Players Championship list.

Four matches were played yesterday, and here are the results:

Quite remarkably, in all four matches, it’s the player outside the one year list top 16 who won.

You can read all about Ronnie’s win yesterday evening here

Ronnie is provisionally up to 19th in that list, but is now certain to need at least the semi finals to get into the top 16. The good news for him is that Mark Selby lost, theoretically easing his path to that SF stage slightly easier. He will also hope that the highest seeds will win today and tomorrow in the matches involving Kurt Maflin, Ali Carter and Barry Hawkins…. 😉. As for David Gilbert is reasonably safe in the top 16 for now, but if results go against him, he could be in a battle at the coming Welsh Open.

Zhou Yuelong currently occupies the 16th spot but he is certain to be overtaken by either Kyren Wilson or Jack Lisowski who play each other on Wednesday. Gary Wilson is now up to 15th but will also be overtaken by whoever wins that match.

Mark Selby is safe in the top 8 despite yesterday’s defeat. His opponent Xiao Guodong needs to reach the final to have a chance to get in the top 16.

Tom ford also will certainly need the final to make it in the top 16 at the end of the week, whilst Stehen Maguire is in a similar, but slightly better position as Dacvid Gilbert. 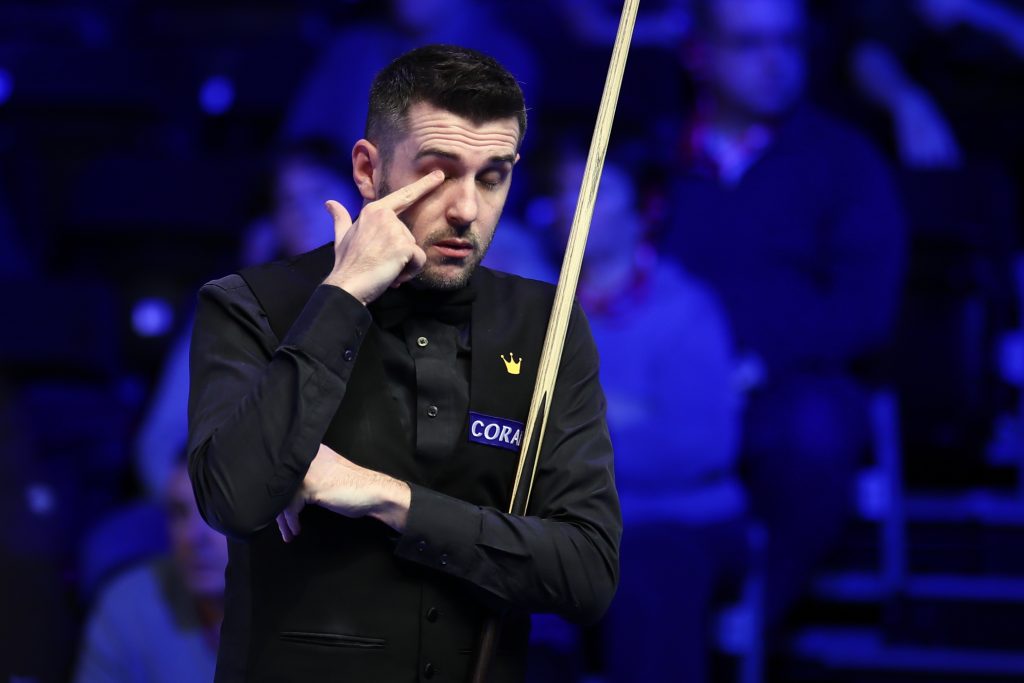 Three-time World Champion Mark Selby suffered a first round defeat, losing 4-3 to Xiao Guodong in a high quality contest. There were centuries in the first three frames, 111 and 131 from Selby while his opponent made a 101. Xiao was on course for a 147 in the fourth until he missed the 12th black on 89.

China’s Xiao took the lead with a 78 and looked set to win 4-2 until he missed a red on 54 in the sixth; Selby punishing him with an 83 clearance. The key moment of the decider came when Selby, trailing 37-27, potted the third-last red to a top corner but the cue ball went twice across the table and dropped into a centre pocket. Xiao cleared with 34 to earn a match with Graeme Dott or Kurt Maflin.

“It’s an important win for me. Every match here is tough,” said Xiao, who reached the semi-finals here last year.

Tom Ford came from 3-1 down to edge out Stephen Maguire 4-3. Breaks of 68, 90 and 64 helped Maguire build a 3-1 lead but he failed to take a series of chances in the next three frames as Ford hit back to set up a second round match with Thepchaiya Un-Nooh or Matthew Selt.

Here is Xiao Guodong 147 attempt in frame 4 of his match against mark Selby:

Xiao has never got a 147 in main tour competition.