Neil Robertson joined Graeme Dott in the 2020 World Grand Prix yesterday evening, by beating Kyren Wilson by 6-4. He is now in his thitd final in a row. 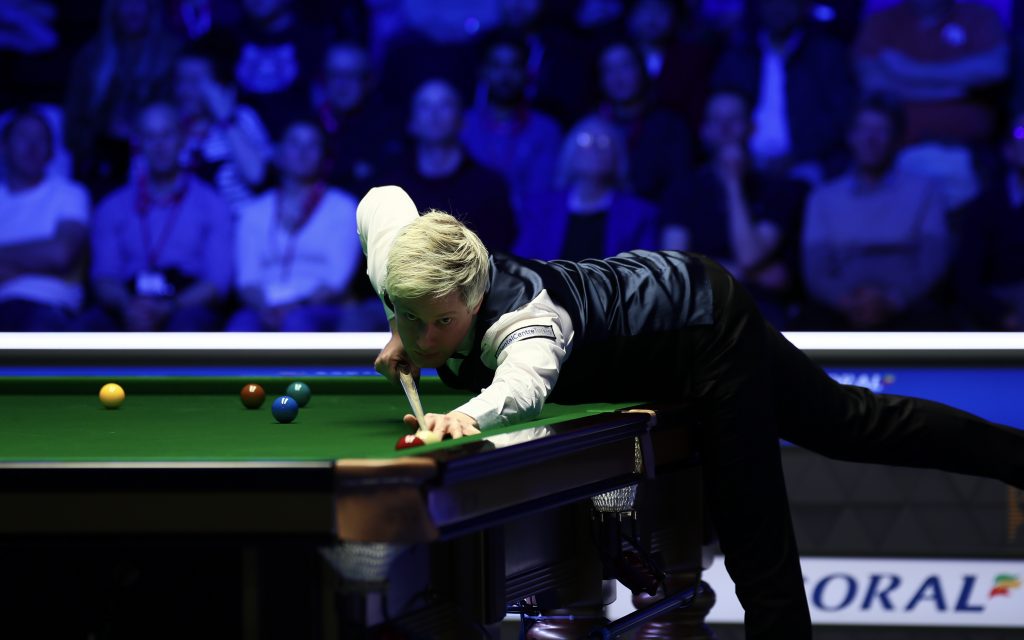 Neil Robertson continued his outstanding streak of form as he beat Kyren Wilson 6-4 to reach the final of the Coral World Grand Prix in Cheltenham.

Robertson has reached three consecutive ranking event finals in three different countries over the last three weeks. He won the European Masters in Austria before finishing runner-up to Judd Trump at the German Masters.

Full of confidence, cueing beautifully and in control of his game in every department, world number two Robertson looks hard to stop as he bids for an 18th career ranking title, which would move him ahead of Mark Selby into sixth place on his own on the all-time list.

Surprisingly this was only the second match between Robertson and Wilson, the previous meeting coming at the 2014 UK Championship when the Australian won 6-5. Tonight’s match was an absorbing contest which included a century and eight more breaks over 50.

Left-hander Robertson started strongly as breaks of 80, 59 and 77 gave him the first three frames, before Kettering’s Wilson pulled one back with a 71. Frame five lasted 35 minutes and came down to a safety exchange on the blue, Wilson missing a long pot and leaving his opponent to convert blue and pink to go 4-1 ahead. 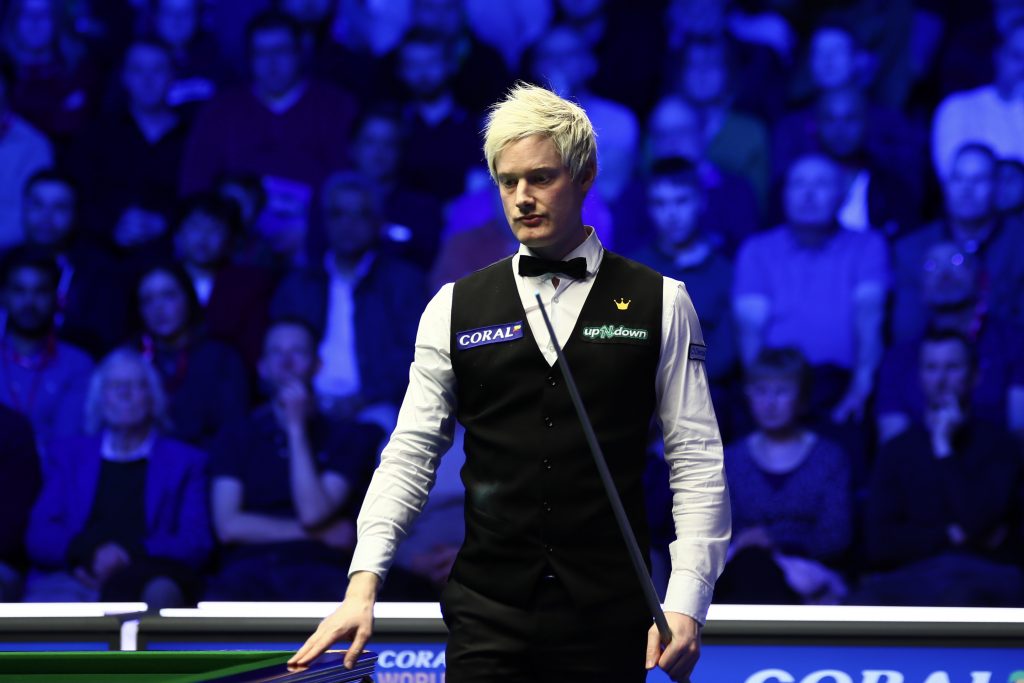 Runs of 73 and 129 saw world number eight Wilson recover to 4-3 and he had a clear scoring chance in frame eight but missed a thin cut on a red to a top corner on 19 and was duly punished as Robertson’s 69 put him 5-3 up.

Wilson’s 84 gave him frame nine and he made 29 early in the tenth before running out of position. Robertson created a chance with an excellent red to a centre pocket and a cut-back black to a top corner, and went on to compile a match-winning 68.

“From 3-0, Kyren stuck in there, he’s a very determined player,” said Robertson. “He backed himself all the way and never held back. At 5-4 on 29 he went into the pack off the black and didn’t land on a red. I potted a couple of good balls to get started and was able to finish the match.

“Graeme Dott has always been a top class player. Some might say he is under-rated, but among the people who really know the game, we all know what a fantastic player he is. He is very positive and attacking and gets on with it so I am expecting an exciting final.

“It has felt like Planes, Trains and Automobiles over the last few weeks! I drove home to Cambridge yesterday after my quarter-final because my son was playing in a football match this morning so I didn’t want to miss that. Then I drove back to Cheltenham. I have been super busy but I’m having a great time.”

Since the Christmas break Neil has been the best player on tour, and certainly the most consistent. He played a good match yesterday. He had looked a bit tired at the start of the week but there was none of that in the last days. Clearly he will not take Graeme Dott for granted, and rightly so. Graeme has been playing well this season, and continues to improve. He has been in three World Finals, that’s more than Neil Robertson. He will not be overawed by the occasion. I expect a very close match today, and I fancy Graeme’s chances. If Graeme were to win tonight, it would be his first ranking title since the 2007 China Open. This would be the longest “gap” between ranking titles for a player. Currently this “record” is held by Jimmy White whose last ranking title the 2004 Players Championship came nearly 11 1/2 years after the previos one, the 1992 UK Championship. 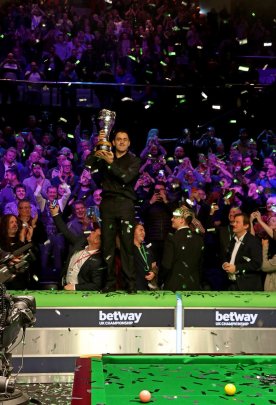 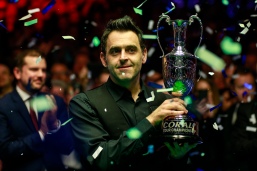 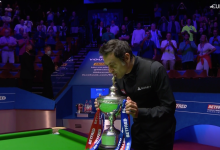 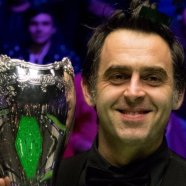 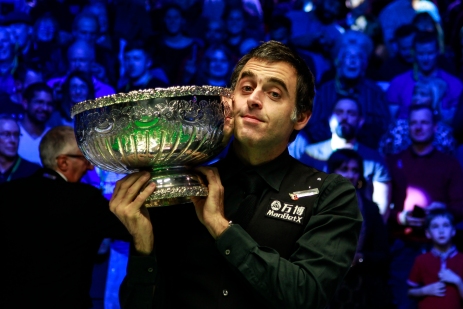 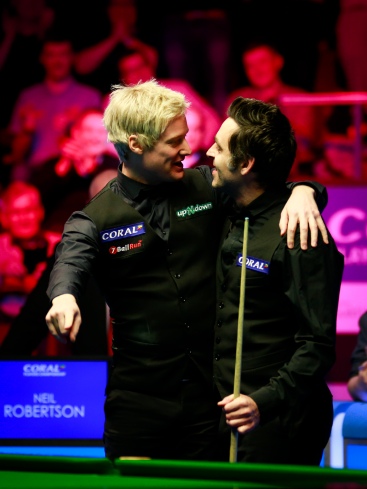 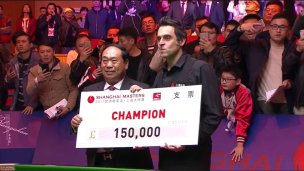 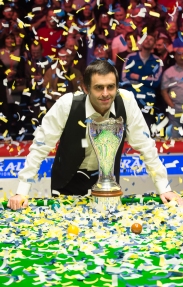 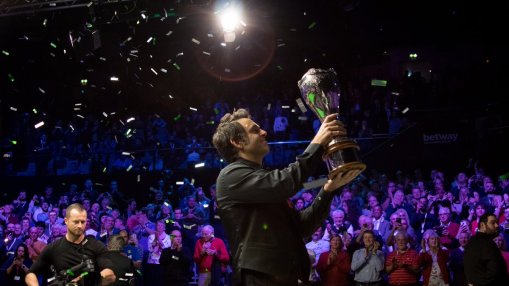 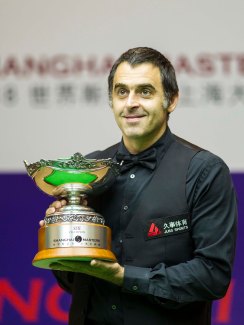