Skip to content
HomeBarry Hearn on talkSPORT about the World Championship

Barry Hearn spoke with Andy Goldstein on talkSPORT yesterday, and the conversation was reported on by Joe Moore.

Barry Hearn says World Snooker Championship will be SCRAPPED if it can’t be held on July 31, and reveals secure measures for return of UK snooker

World Snooker chairman Barry Hearn has revealed to talkSPORT this year’s World Snooker Championship will be SCRAPPED if it can’t be held on July 31.

The world championship, snooker’s most prestigious event held at the famous Crucible Theatre in Sheffield, is scheduled for July 31 – August 16.

The event attracts players from all over the world, with 128 players from across the globe involved in the tournament’s qualifying rounds alone.

However, the UK’s current lockdown measures means anyone who entered the country from abroad must self-isolate for 14 days.

Hearn said he hopes the Government will reconsider those measures for top sportsmen, otherwise not only the snooker will be affected, the British Grand Prix at Silverstone could be, too.

But he has also revealed the date is not flexible and, if the current lockdown measures are not eased, it could mean this year’s championship is cancelled.

“There is no flexibility whatsoever,” Hearn told the Sports Bar.

“If it doesn’t happen that week it will be cancelled. It can’t happen this year. The broadcasters’ schedule is already set.

“It’s not just us. The same argument would apply to Formula One or whatever – you either do it or you don’t do it.”

Snooker is set to be the first sport to return from the UK’s coronavirus lockdown when the Championship League is held behind closed doors from next week.

The event, which will be played between June 1 and June 11 in Milton Keynes, will give sport fans a much-needed fix of live sporting action.

“It is a terrible thing we are going through but as the lockdown has continued and you start getting used to lockdown, as a family we are just looking at new ideas. We are an event company with no events so we have to come up with ideas because what else is there to do?

“Between Eddie and his boxing plans for the back garden, darts at home from the players’ own living rooms, and now Championship League snooker being the first major sports event back post-shutdown, it’s motivating.

@ronnieo147, @judd147t, and @nr147 amongst top snooker stars to play in upcoming #ChampionshipLeagueSnooker in June.

Check out the full draw and format of the event here 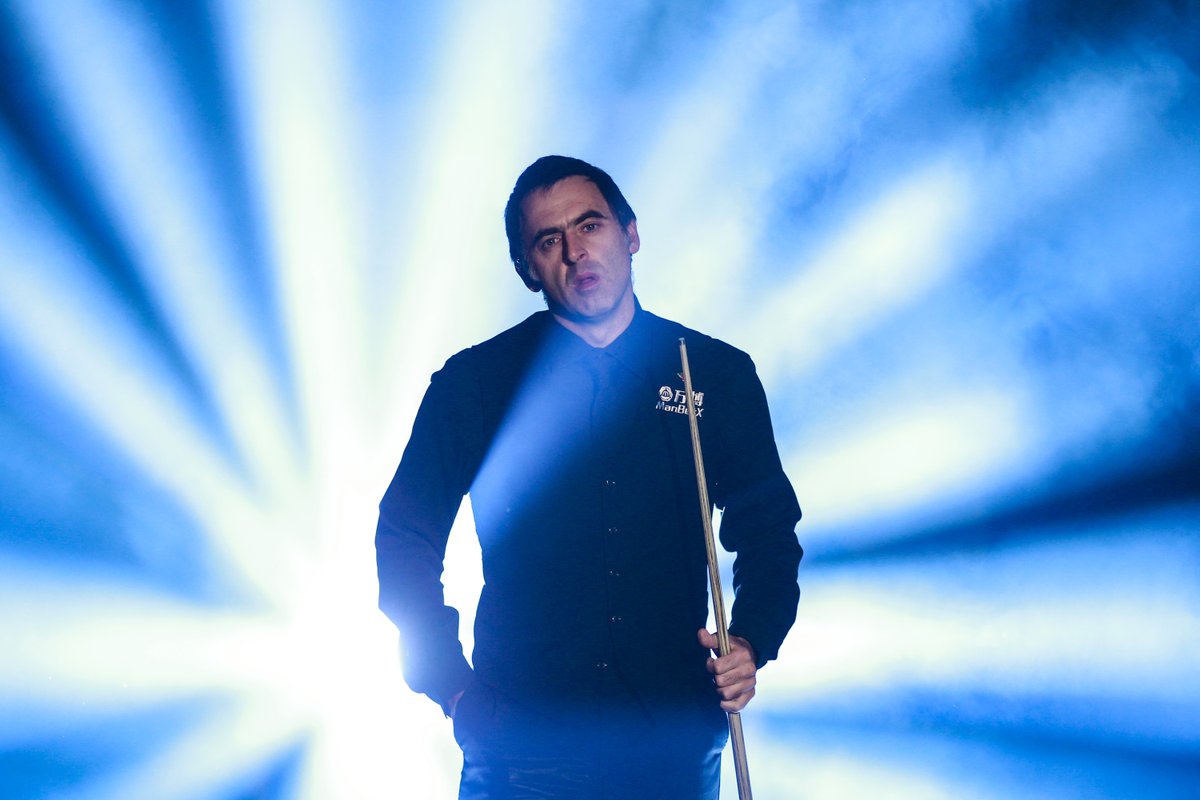 “It is easy to sit around on your backside and do nothing, but that is not our style. I’m really, really looking forward to action coming on ITV from Monday.”

The tournament will be played behind closed doors, with careful measures in place to ensure the health and safety of players, officials, media and other workers.

Hearn has admitted some players were ‘nervous’ about the prospect of playing again, but insisted ‘safety is paramount’ to their plans for snooker to return and believes they have created one of the safest environments in global sport.

Explaining the drastic measures in place, which involved all players being tested and then locked in hotel rooms, Heard explained:

“We started on this probably six or seven weeks ago.

“We starting getting a system in place aimed at making sure the players, my staff, the contractors, the TV guys, everybody involved was going to be safe.

“That took some time, and then we started talking to the players who are naturally nervous about coming out of their homes and mixing, so we had to make sure that safety was paramount.

“Getting everyone’s mind at rest was the biggest challenge, and we’ve come up with, without a doubt in my view, the most safe environment that you could possibly create, and I will go further and say the safest environment in sport, per say, across the world.

“We’re very fortunate because snooker is a game that can be played with social distancing, but we’re brought in a system where we have affectively created a bubble.

As you arrive you get out of your car and are taken straight into isolation, you are tested, you’re then transferred from there to your hotel room which has been sanitised and empty for 72 hours to make sure there are no germs, and you are locked in your room and are not allowed out until the following day when your test results come in.

“If you’re negative then you’re allowed in the event, if you’re positive, you’re slung out and you’re not allowed back.

“Every single person in the place, from the kitchen staff to the cleaners, have been tested and also are in isolation for the entire 11 days of the event.

“So every single person in that building has been proven to be negative and they’re isolated and no one is allowed to leave the building for any reason whatsoever. It’s a completely secure bubble.

“So we’ve think we’ve gone as far as humanly possible, certainly further than any other sport.”

The tone of this interview, if correctly rendered by the article, tells me that Barry Hearn isn’t at all certain that the World Championship will actually be held. It’s obvious that the rather recent introduction of the “quarantine” for all people entering the UK potentially creates a major problem for the international players who need to qualify, and, Jason Ferguson, as WPBSA chairman, has made it clear that having the qualifiers, without about 40 of the players, unable to attend because they are not UK based, is a big no-no as far as he’s concerned. See this previous post. Jason wanted to sound confident, and he will certainly put every effort into this, but he’s facing a titan’s job.

Also, reading about the measures put into place, you have to wonder how players will cope mentally with the situation. I’m certain that some will find it extremely difficult. If something similar is to be replicated for the 17 days of the World Championship, and considering the much higher pressure players will be under given the status of the event, I would expect some dramatic meltdowns.

As Lewis pointed out in the commentary section, WST has been publishing a series of “Ones to watch” articles about young promising players. Reading this, it is very clear that, when it comes to young talents, Asia and Europe show more promises than the UK, which is good news for the sport, as it’s becoming truly international. However, that means that the UK centric attitude needs to go, and holding the World Championship with only the UK based players should not be an acceptable option.

One thought on “Barry Hearn on talkSPORT about the World Championship”