Not many would have predicted the scoreline we got in the second semi-final yesterday: a 9-2 thrashing of Mark Selby by Mark Allen. Yet, with hindsight, it isn’t that surprising. Mark Selby hadn’t played that well in his first match against Yan Bingtao. It was experience that got him through against a still very young opponent who didn’t look too confident and, as a result, played too conservatively. Mark Allen on the other hand, had beaten Shaun Murphy in a high-quality match, despite the latter scoring six centuries. Obviously, his game is in good shape and his mindset is right as well. 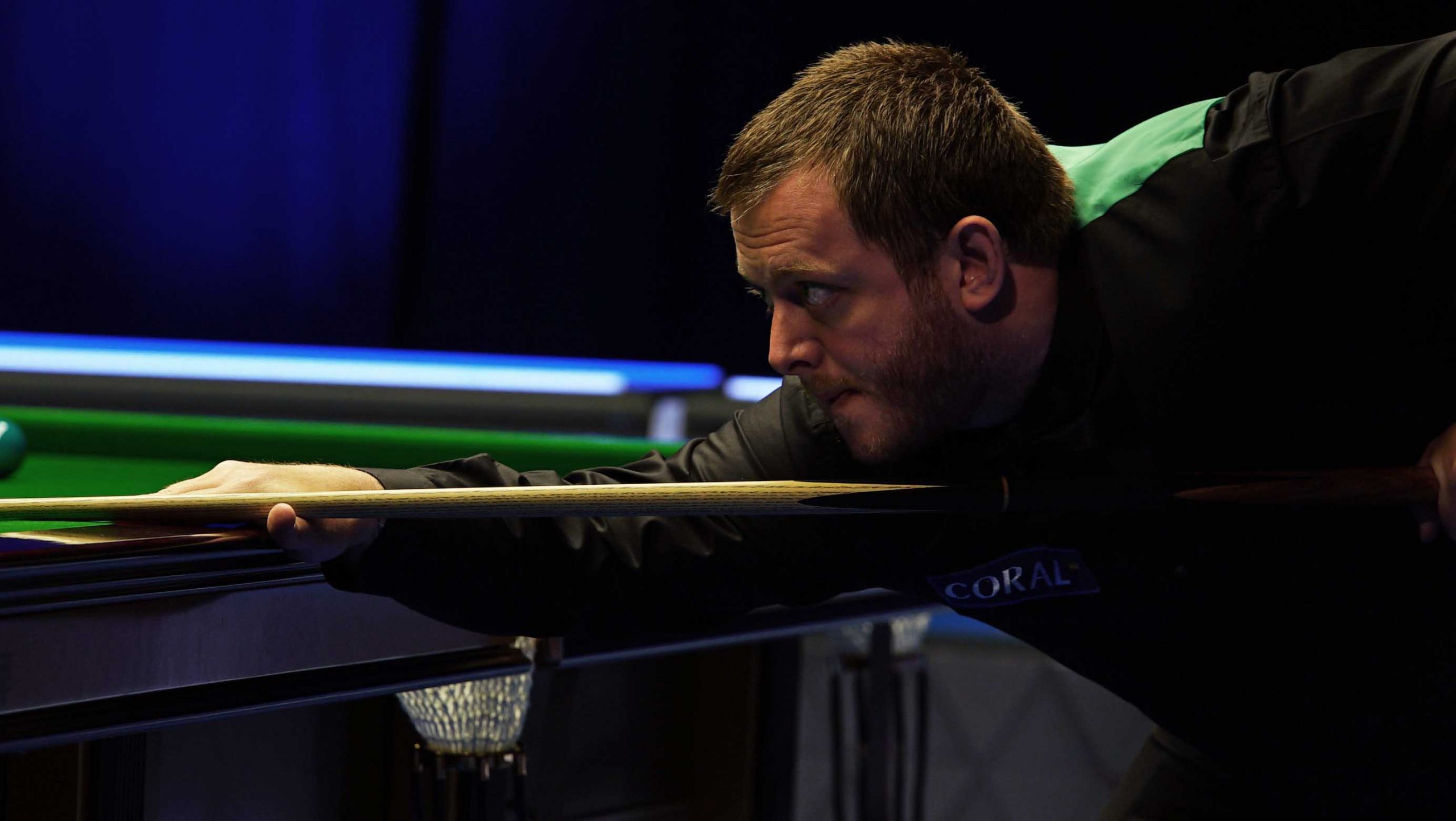 Mark Allen produced a stunning performance to beat Mark Selby 9-2 and reach the final of the Coral Tour Championship in Milton Keynes.

The Northern Irishman now faces close friend Stephen Maguire over the best of 19-frames for the £150,000 top prize. There is an added incentive for Scotland’s Maguire, who can oust Judd Trump from the top of the Coral Cup standings and bag the associated £100,000 bonus if he wins the title.

Despite this being Allen’s seventh ranking semi-final of the season, tomorrow’s match will be his first final of the campaign. Regardless of the result he will now move to world number four, which will be the highest ranking of his career.

Much of the damage was done in a scintillating afternoon session, where 2018 Masters champion prevented his opponent from potting a single ball in the first four frames to lead 4-0. He went on to establish a seemingly unassailable 7-1 advantage coming into this evening.

Selby offered some resistance tonight, with a break of 71 to take the first frame. However, Allen quickly extinguished any hope of a fightback. He moved a frame from the win, before blitzing over the line with a break of 82.

“The first four frames were what did the damage,” said 34-year-old Allen. “I played as good as I can in the first four frames, he didn’t pot a ball. It meant that going into frames five and six he was still very cold and I had a lot of table time.

“It is just brilliant to get some really long matches against the best players before Sheffield. However, there is a trophy to be won and a lot of money to be won. It’s not just about getting sharp for Sheffield, you want to come here and win. I’ve won my first two matches, but there are still ten frames to win before I can get carried away.

“We will both be switched on come match time tomorrow. We are both ultimate competitors and fierce on the table, so I don’t expect that to be any different even though we are mates. May the best man win.”

At one point during the match, one of my friends was wondering why Mark Selby didn’t go back to his old grinding ways, messing up the table, trying to break his opponent’s fluency in the process. Only Selby knows the answer, but one reason for that could be that this type of game takes a lot out of the one who plays it. It breaks both players’ rhythm, not just the opponent’s of the player who elects to play it. It’s mentally exhausting and, of course, makes the frames and the match longer because it limits the opportunity for big breaks. Selby is now 37, not old of course, but maybe starting to feel it more difficult to maintain top concentration for very long spells.