Skip to content
HomeCould we have an audience at the Crucible after all?

WST has published this only a couple of hours ago

The Betfred World Championship starts on July 31st and fans with tickets are being given the option to register interest in attending the Crucible if government regulations allow an audience. 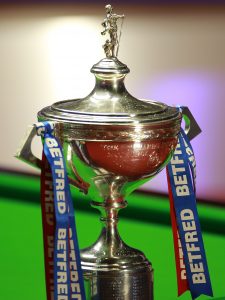 Snooker’s biggest tournament will run from July 31st to August 16th at the famous Crucible Theatre in Sheffield. WST remains in discussion with the UK government around the possibility of safely welcoming spectators. Otherwise, the event will be played behind closed doors.

All fans with tickets have been contacted today giving them the chance to state whether they want to be considered for a seat in the reduced capacity audience. This is an unparalleled opportunity to be among the few fans present in the arena for one of the great events in sport.

Under these circumstances, any fans attending will be strictly required to follow regulations on social distancing and sanitisation, which will be detailed by WST prior to arrival.

Ticket holders also have the option of a full refund, or a transfer of their order to the 2021 Betfred World Championship at the Crucible.

WST Chairman Barry Hearn said: “Detailed discussions with the relevant organisations are ongoing and we are determined to explore every avenue. We realise that to attend the Betfred World Championship is a once in a lifetime experience for many fans, and for everyone in the arena it is a magical occasion.

“The highest priority of course is the health and safety of fans and everyone connected with the event, so spectators will only be allowed if we are confident that this priority can be met. But we are working hard towards making this happen if it is possible. 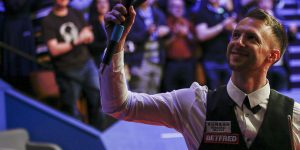 “If there are fans in the arena they will be witnessing a unique sporting occasion. This would be a golden ticket, for the very lucky few. We urge fans to let us know their preferred option as soon as possible.

“We have already staged two successful snooker events in recent weeks and led the way in terms of the return of live sport.”

Ticket holders are urged to check their inboxes from 1:30pm today and respond with their desired option by Monday 13 July, 12:00pm.

I had seen an article in the press a few days ago, stating that Barry Hearn was “toying” (sic) with the idea. I didn’t take it too seriously. Apparently I was wrong.

Even now, I find it hard to see how that can actually happen given that Yourkshire, and the Sheffield area, were rather badly hit by the pandemics. Allowing spectators, even in small numbers, means that there is a need for theatre staff at the box office and to check the tickets, to clean  and, probably, even disinfect the arena and its surrounding facilities between sessions. Bathrooms need to be available, and kept clean. Security and paramedic staff must be on site. And that’s a bare minimum.

Outside the Crucible itself, spectators will need to find accomodations and transport as well, and I guess that, so close to the event, and things not being certain yet, there won’t be many able or willing to travel from abroad.

But it would probably be nice for the players to have some sort of audience there, although they probably  won’t be allowed in the seats really close to the players.

If mesures are relaxed enough for an audience to be allowed, I hope that some sort of “relaxation” will also apply to the players inside the bubble. It would be good if they had access to a gym, a recreation room and a “café”, allowed some sort of interaction with the other people in the bubble – considering that all of them woould have tested negative, as well as having one, or even two, person(s) of their choice with them. The World Championship is very taxing mentally as it is, and it goes on for 17 days. Mental health matters and this surely would help.

2 thoughts on “Could we have an audience at the Crucible after all?”