Ronnie and Ding shared the first session of their last 16 match at the 2020 World Championship. Neither player was at his best yesterday evening and the standard of the match wasn’t quite as high as most of us expected.

The start of the match was delayed as WST decided not to pull off Mark Selby and Noppon Saengkham who needed just one frame to finish their match. It could have been worse. Indeed the Selby v Noppon decider was a rather quick one. A deciding frame is usually a cagey affair and can take some time to deliver a result … ask Fergal O’Brien and Davind Gilbert 😉. But, quick as it was, it still didn’t help Ding and Ronnie in their preparation probably. The dressing room was likely not available to them, and, of course, at the start, they didn’t know how long this would take. Philip Studd downplayed it, saying that such things – and worse – are commom in tennis. This is true  but tennis players learn to deal with those delays, as they learn their trade, and, surely, in major tournaments, facilities are equipped and organised in such a way that the inconveniences are minimised for the players. Whatever, it was the same for both players. 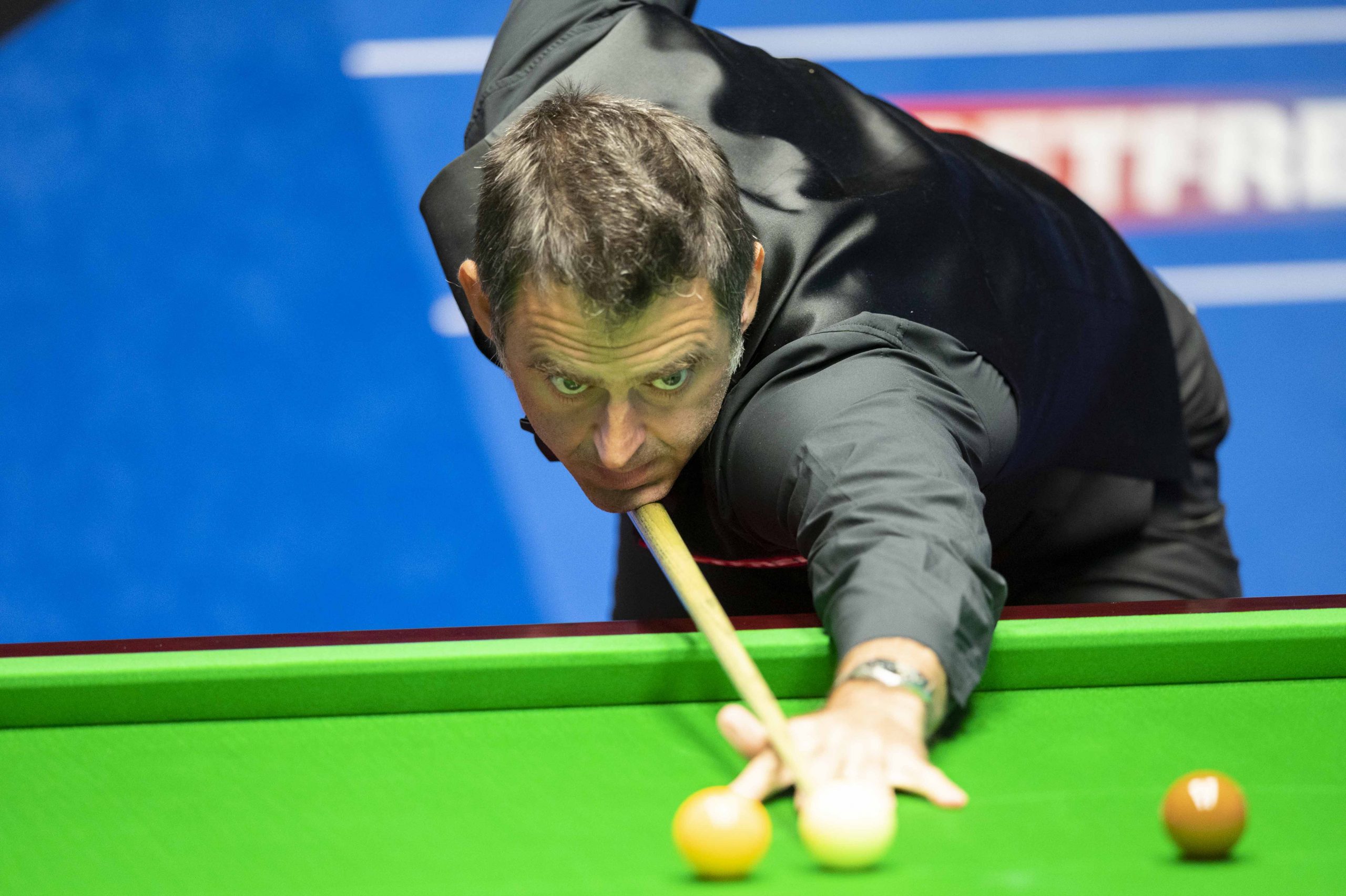 Ronnie O’Sullivan and Ding Junhui shared the first eight frames of their Betfred World Championship second round clash to end 4-4 after the opening session.

The Rocket booked his place in the second round with a quickfire demolition of Thailand’s Thepchaiya Un-Nooh. He stormed to a 10-1 win in just 108 minutes, the fastest match in World Championship history. By contrast, China’s Ding required a dramatic final frame decider to book his second round spot, beating Mark King 10-9.

O’Sullivan comfortably leads Ding in their head-to-head record, having won 13 to Ding’s four. However, Ding was victorious 6-4 in their most recent meeting at the 2019 UK Championship, an event which he went on to win. The Asian number one also won their last Crucible meeting, downing O’Sullivan 13-10 in the 2017 quarter-finals.

O’Sullivan took the opening frame this evening with a break of 61. However, Ding immediately responded with runs of 57, 45 and 76 to surge into a 3-1 lead at the mid-session interval.

When they returned, breaks of 60 and 101 helped O’Sullivan to three frames on the bounce, which saw him move 4-3 ahead. However, Ding pegged him back by taking the final frame to set up an intriguing second session. They return on Saturday afternoon at 2:30pm.

There were mistakes on both sides. Before the MSI, Ronnie seemed to really struggle with the pace of the table; it has been recovered since he played his first match. On several occasions, he caught a baulk colour, or caught it too tick, whilst playing safe, and he misjudged the length of a few shots, which is quite unusual for him. Ding seemed to adapt better. One worry is that twice Ronnie missed a straight shot, cueing across the ball. On the other hand, he also played a few quite remarkable shrewd safety shots. Ding was the better player last night IMO, and when Ronnie was 3-1 down at the MSI, I was just hoping that he could take two of the last four frames. He took three.

Still Ronnie will need to play better if he wants to go deep here, at the Crucible, this year.