Wilson beat Anthony McGill by 17-16 yesterday afternoon to book his place in the World Championship final for the first time.

Kyren Wilson reached the final of the Betfred World Championship for the first time by beating Anthony McGill 17-16, winning one of the most dramatic deciding frames seen at the Crucible. 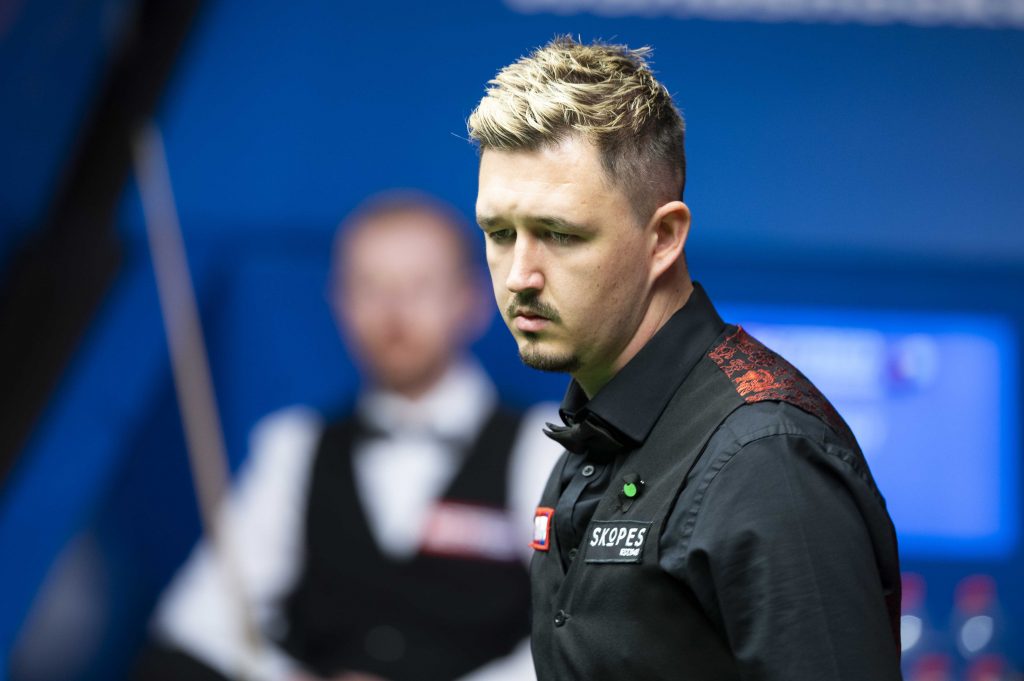 Perhaps not since the 1985 final has a deciding frame included so many jaw-dropping moments, as the two players tried frantically to reach the finish line. It lasted 61 minutes, had a combined total of 186 points, and was only settled when Wilson, holding back tears, rolled the pink into a baulk corner.

The 28-year-old from Kettering becomes the 30th player to reach the final at the Crucible and will face Ronnie O’Sullivan or Mark Selby over 35 frames on Saturday and Sunday.

Having knocked out defending champion Judd Trump in the quarter-finals, he was heavy favourite to beat McGill, but had to come from 6-2 behind and then survive a furious battle in the home stretch.

The world number eight has won three ranking events but to contest snooker’s biggest title will be the biggest match of his life by far.

Glasgow’s 29-year-old McGill set a new record for the most frames played before the final, as he won deciders against Jack Lisowski and Jamie Clarke before beating Kurt Maflin 13-10. After coming through the qualifying rounds then playing 100 frames at the Crucible his bid for glory finishes in despair, though a career-high pay-day of £100,000 will ease the pain.

Wilson took the first frame of the concluding session with a break of 94 to lead 14-11, then McGill pulled one back with a run of 84. In frame 27, Wilson was on 25 when he missed a tricky black to a top corner, and his opponent replied with 87. A superb 122 from world number 39 McGill in the next, his second century of the tournament, made it 14-14 at the interval.

McGill had first chance in frame 29 but was unfortunate to knock a red in when smashing the pack off the blue, and his opponent made 82 to regain the lead. In the 30th, McGill made 43 before running out of position, then he laid a tough snooker and from the chance that followed added 42 for 15-15. A brilliant run of 98 put McGill within a frame of the winning line at 16-15.

In frame 32, Wilson led 48-7 when he missed the pink to a top corner. McGill made 22 before running out of position. The Scot was later trapped in a tough snooker on the last red, and though he escaped he left it over a corner pocket, allowing Wilson to make it 16-16.

McGill had first chance in the decider and made 39 then was unlucky not to land on a red when he split the pack. Wilson replied with 47, and later trapped his opponent in a tough snooker on the last red. McGill missed it ten times, which left him needing a snooker, but Wilson then twice accidentally went in-off.

McGill had a clear winning chance when he potted the last red, but after taking black and yellow he snookered himself on the green. That led to another tactical exchange which finished when Wilson enjoyed an outrageous fluke as he attempted safety on the green, sending it off three cushions, across the table and dead-weight into a top corner. McGill fought on for the snooker he needed but to no avail. The frame score of 103-83 set a new record for the most combined points in a single frame at the Crucible, beating the previous mark of 173. 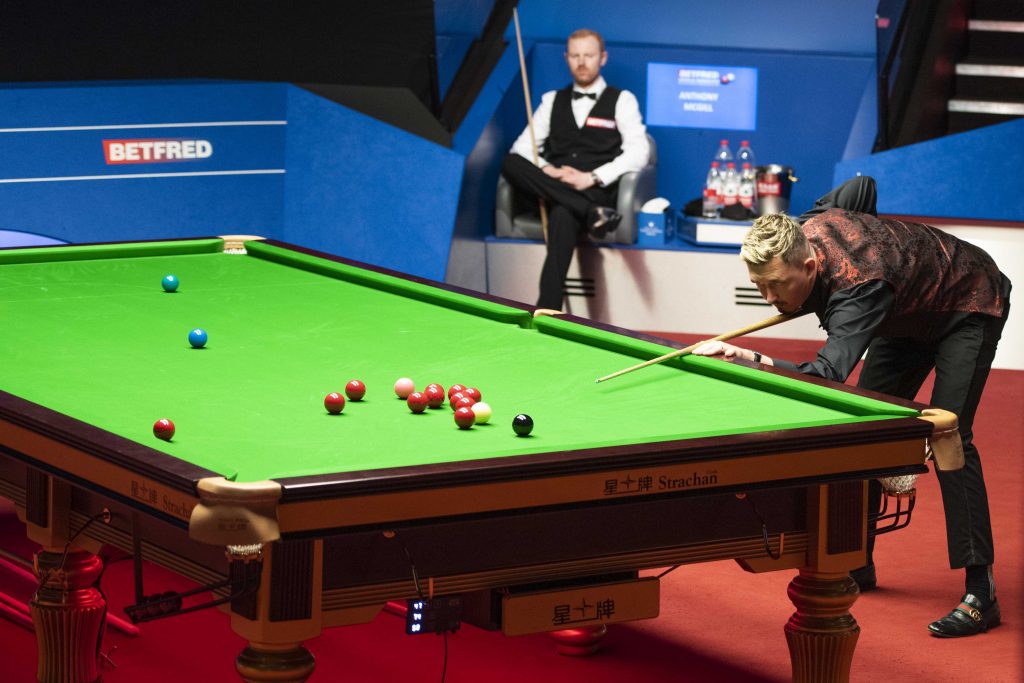 “It was just the maddest match,” said Wilson after reaching his third ranking final of the season and ninth in all. “It was a great standard right up until the last frame, and then the decider got very nervy. I felt at one point I had thrown it away, then I fluked the green out of nowhere. I didn’t want it to end that way, I have dreamed of this situation and I didn’t want to win the match on a fluke. You have to accept those things can happen in snooker.

“I have known Anthony since we were kids, and in the last frame we were just two young lads out there feeling the pressure. We fought so hard for three days, toe to toe, we both gave it everything.

“It’s amazing to be in the final. I have played in a Masters final, but this is a cut above. I’ll try to use my experience of big occasions. Both Mark and Ronnie are phenomenal players and multiple world champions. To win would mean everything, it’s what I have dreamed of achieving.”

McGill said: “I have to congratulate Kyren because he played a great match. I thought I played great today. I was really unlucky in the last frame because I was in first, and if I had landed on a red when I went into the them, the game was done. I hit the black like an absolute dream to get the split. I don’t feel I did that much wrong,

“I feel as if the match was stolen from me – not by Kyren but by the snooker Gods. Even at the end when I got the chance, I didn’t think I could snooker myself on the green. I really enjoyed the fight, it was played in the right spirit.”

It was the craziest end to an excellent match. For me it outclasses the 1985 Final easily. A lot is made of the final black ball and it was dramatic, but the match itself was poor quality, and the decider was as well. Kyren and Anthony produced a high quality match, and the decider was completely mad.

Stephen Hendry on BBC commentary could barely bear to watch  and I’m not sure he remembered his own name towards the end … he was totally engrossed.

Today the table is being “re-cushioned”

And this awaits us …