Neil, yesterday afternoon, got the better of the defending champion, Mark Selby.

Here is how (WST report):

Neil Robertson reached his 30th ranking event final thanks to an excellent break of 92 in the deciding frame of a 6-5 win over Mark Selby at the Matchroom.Live English Open. 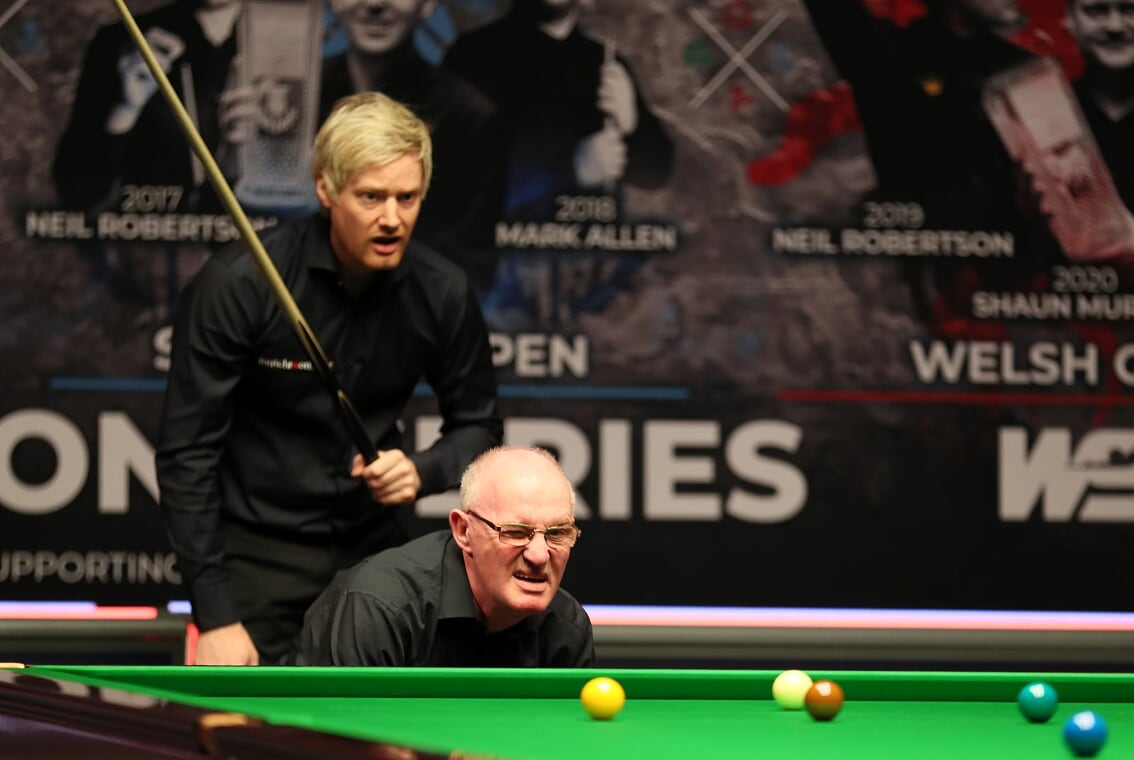 Australia’s Robertson goes through to Sunday’s final to face Judd Trump or John Higgins over 17 frames for the £70,000 top prize and the Steve Davis Trophy. He is aiming for his 19th ranking title and victory would also make him the first player to win three Home Nations events.

For the first time ever in a ranking event, all four semi-finalists have completed the Triple Crown, and they have also all held the world number one position. The quartet have 83 ranking titles between them. Fittingly, the first semi-final lived up to its billing as Selby and Robertson served up an enthralling contest.

It started in cagey fashion, Robertson taking two scrappy frames, then the heavy scoring began as defending champion Selby rattled in breaks of 117, 58 and 73 for 2-2. World number three Robertson hit back with 58 and 134 to lead 4-2 then Selby, ranked fourth, took frame seven with a run of 70.

Robertson’s 129 put him 5-3 ahead and he could have crossed the finish line in frame nine but ran out of position on the last red. Selby got the better of a safety battle on the green and halved his deficit. Early in frame ten Robertson had another opportunity but made only 19 before missing the blue to a centre pocket, and his opponent’s 51 made it 5-5. 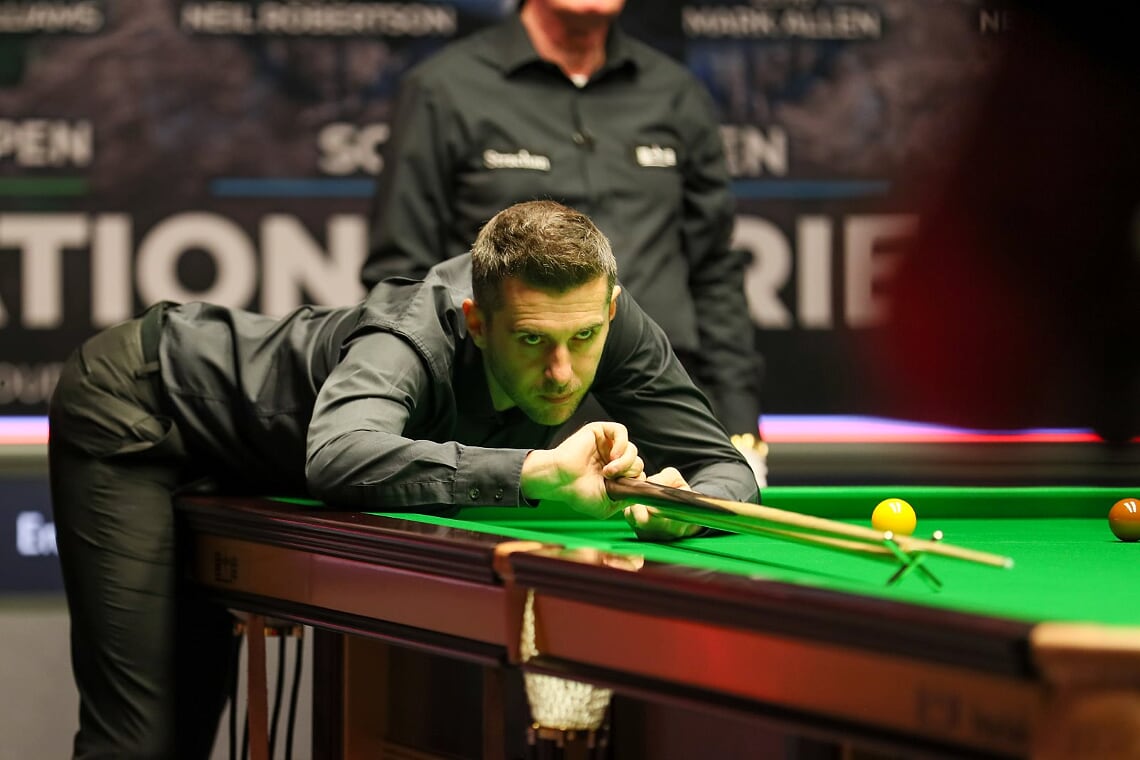 A slice of fortune went Robertson’s way in the decider as he missed a long red but left the balls safe. He later slotted in a long red then potted a risky brown to a centre pocket, and went on to make his match winning break.

“It was a fantastic match,” said 38-year-old Robertson. “Mark was as tenacious as ever. I had most of the run of the ball, we had a joke about it at the end. But you have to take advantage when it goes your way. I was lucky in the last frame when I missed the long red and didn’t leave Mark anything.

“Then he had a chance but he rolled up to the yellow to snooker me. When I had a similar chance I went for the brown because I’d rather lose a match going for a pot than playing safe.

“It will be a great final tomorrow. Judd and John are equally difficult opponents but present different challenges. Judd is more aggressive while John is very crafty. I’ll just try to play to my strengths.”

Selby, who lost the chance to become the first player in 30 years to win the first two ranking events of the season, said: “It just felt as though no matter what I did today, the Gods were against me. Neil played well and got the run of the ball. I was probably destined not to win – everything I did just seemed to go wrong, and everything Neil did seemed to go right.

“I don’t feel like I played fantastic this week. I’ve dug in and grafted. The good thing is I’m not playing well and still winning matches, which I wasn’t doing a couple of years ago.”

I have put one sentence in bold, because I believe it’s the key, not just of this match, but in modern sport in general: you lose more than you win if you play/compete defensively. You have to create your own chances, and then take them. If you don’t, your opponent will. It certainly is this way in tennis and table tennis as well.

World number one Judd Trump remained on course for his first title since March as he came from 4-3 down to beat John Higgins 6-4 in the semi-finals of the Matchroom.Live English Open.

Trump will face Neil Robertson over a possible 17 frames on Sunday, with the winner to bank £70,000 and take home the Steve Davis Trophy. The champion will also become the first player to win three Home Nations titles. 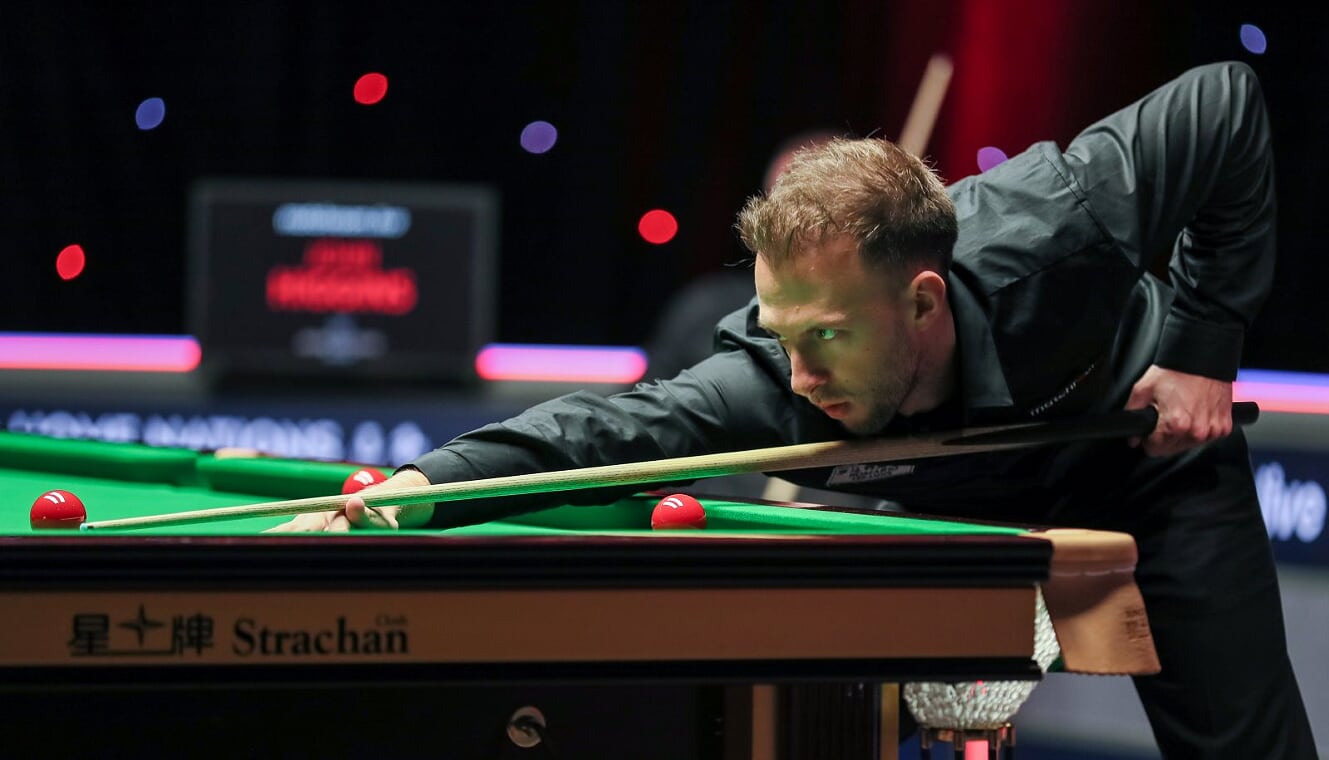 Bristol’s 31-year-old Trump will be playing in his 27th ranking event final and aiming for his 18th title, which would bring him level with both Robertson and Mark Selby on the all-time list.

After winning a record six ranking events last season, Trump has had a dip in form since the tour returned from lockdown in June. He is still not at his free-flowing best but has developed the very useful habit of finding other ways to win matches.

In frame eight, Scotland’s Higgins missed a tricky red to a baulk corner when he trailed 31-19, letting his opponent in for a run of 49 which made it 4-4. Four-time World Champion Higgins had two chances in the ninth, but first went in-off in potting a red, then got a kick on a black off its spot. Trump punished the latter error to go ahead for the first time.

And another mistake from Higgins in frame ten proved costly as he touched a red with his cue when bridging awkwardly to pot another red. That was his last moment at the table as Trump’s 73 sealed his sixth consecutive win over Higgins.

“I felt I was outplayed, John scored heavier than me,” admitted Trump. “I was just winning the scrappy frames to hang on. If I had gone two frames behind I probably would have lost. He missed a couple of balls from 4-3 and in the last frame he was unlucky to finish in an awkward spot, then he showed great sportsmanship to own up to the foul.

“I felt like a million dollars out there, I was very relaxed and I enjoyed it. I’m very pleased to have had a good start to the season without playing my best. Sometimes my B or C game is enough to compete, and that’s something Mark Selby has done over the years. It gives me extreme confidence to know that under the cosh I can dig in and deliver under pressure.

“I love playing Neil, he is on form and he wins tournaments every year. It should be a great final.” 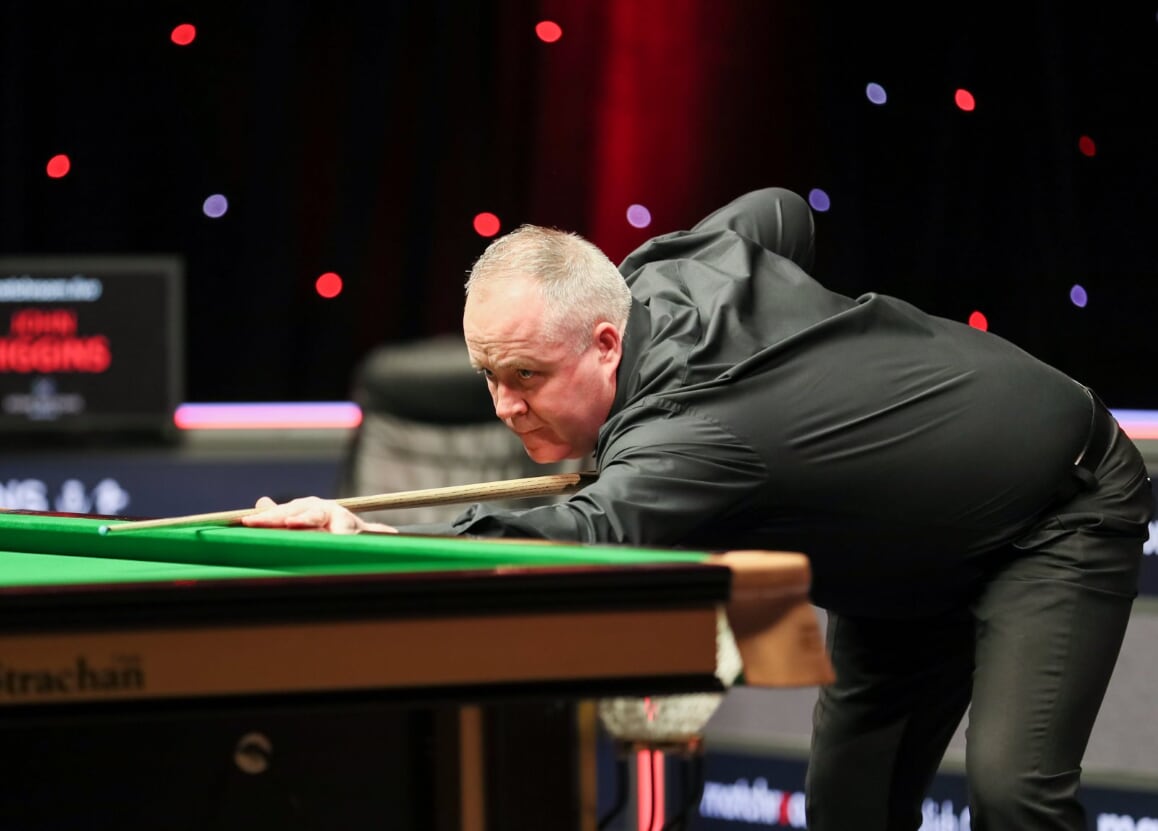 Higgins, who is still waiting for his first ranking title since the 2018 Welsh Open, said: “I’m disappointed – I missed my chances at the end there. I had a good chance to go 5-3 up and messed it up, and I just got weaker and Judd got stronger.

“I was enjoying it – the conditions were beautiful. It’s tough with no crowd but I was enjoying the buzz of playing, but I just faltered at the end and you can’t afford to do that with Judd.

“There’s shoots of recovery – I’m hitting it a bit better, so I’ve got to try and take the positives. Obviously right now I’m gutted but if I reflect on it in a couple of days, I’ve played better stuff and hopefully I’ll take it on for the rest of the season.”