The wildcards have been announced by WST for the 2020 Northern Ireland Open:

Patrick Wallace and Declan Lavery have been awarded spots in next month’s Northern Ireland Open.

The two amateurs received nominations from the Northern Ireland Billiards and Snooker Association and they will be in the 128-man draw for the world ranking event which runs from November 16 to 22 in Milton Keynes.

Wallace, age 51 from Dungannon, reached the quarter-finals of the World Championship back in 2001. He retired from the pro game in 2011 but remains a regular competitor on the amateur circuit and finished last season as the top player on the national Northern Ireland rankings.

The draw will be made after the seeding cut-off, which falls at the end of this week’s BetVictor Championship League.

The Northern Ireland Open will be the second Home Nations event of the season, televised around the world by broadcasters including Eurosport and Matchroom.Live.

I find it a bit strange that WST doesn’t mention that Patrick is also a regular competitor on the World Seniors Snooker tour … Good luck to Patrick and Declan.

And this article about Willie Craig is really fantastic news 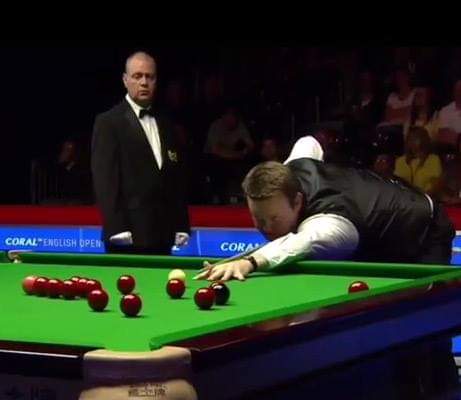 Snooker referee Willie Craig will make his return to the professional circuit at the upcoming Northern Ireland Open, for the first time since suffering brain injuries after a car accident in 2018.

It’s been a long road to recovery for Glaswegian Craig, who feared his refereeing days were over after the incident took place. Since then, he has had to undergo extensive therapy to build back his cognitive functions.

Craig, 52, has two sons named Anthony and Dylan. Both are keen snooker players and Dylan is a former European Under-18 Champion.

Popular official Craig had spent several years on the circuit, working at events such as the Welsh Open and English Open, as well as World Championship qualifying. That culminated in the honour of taking charge of the semi-final between Cao Yupeng and Judd Trump at his home event, the Scottish Open, in 2017.

Craig said: “That was my biggest match and it happened just before my accident. It was the last match that I took charge of before it happened, just a few months later. That was in Glasgow, so it made it a little bit more special. Unfortunately, one of the impacts is on my memory. I don’t remember much about it, which is a shame as it was a special match to be a part of.”

Craig worked as a nurse in an operating theatre in Glasgow away from snooker and was on his way home from a shift when the incident happened. He was hit by a car which disregarded a red light outside the hospital.

Craig explained: “I had just left the building and was crossing the main road when this guy decided to jump the traffic lights while I was halfway across the road. Fortunately for me I don’t remember anything about the impact. Some people have said my head went through the windscreen and some have said it hit the curb when I landed. You can understand the extent of the injuries when you hear that, because my head took the full force of it.

“Initially I came around pretty quickly. I think I was unconscious for about 45 minutes, by which time the doctors had already done all of the scans and come across all of the injuries. I had bleeding in two places in my brain, as well as the shock of the trauma to my brain. Everyone in rehabilitation was in the same boat, but the majority of the others were in comas for months. I was lucky that way, that I came out pretty quickly. When I worked as a nurse I was in the operating theatres. It was often road traffic accidents and things like what I’d been through. I just never thought I would be one of those people on the table.

“The effects after the accident were very frightening. My biggest problem has been understanding why these things were happening. For a good year and a half, the hardest thing was that my head was in what they call a dream like state. I was confused and had some memory loss. They call it brain fog and that was my daily living. It was difficult, but the therapists were really good at explaining things. The brain is basically a very complex computer. If you think of all the nerves like streets on Google Maps, if some become damaged then they find new routes. I would often know what I wanted to say, but not be able to say it. I would do things like replace the word sunny with elephant, because my brain was finding new routes and going past the part where the word elephant was stored.” 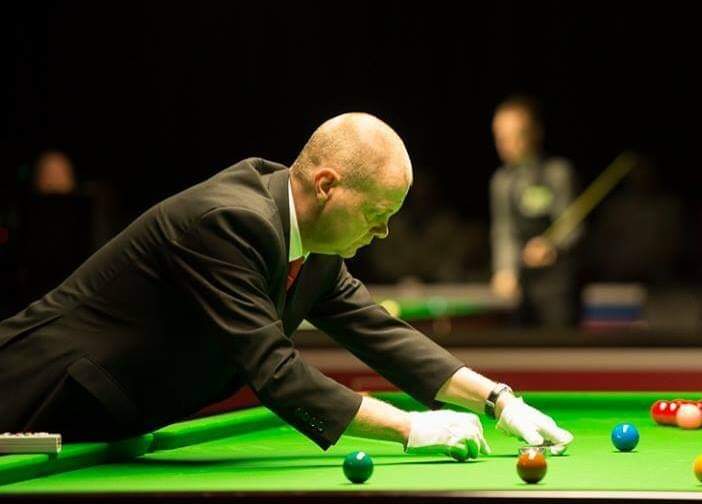 It has been a difficult and laborious path back to normality for Craig. However, with the help of therapists from the Community Treatment Centre for Brain Injury in Glasgow, he has worked hard to regain his ability to undertake day-to-day activities and communicate as usual. Early on, they identified Craig’s love of snooker as an important part of the recovery process.

“They worked on all sorts of practical things with me at first. I started with using technology and setting reminders for things on my phone. We also did tasks and mental challenges,” said the Glaswegian. “At the beginning it was very simple things like putting shapes through the correct holes. It was a very frustrating process, but we slowly built it up to the more complex things.

“From the outset the therapists zoomed in on my refereeing as something to focus on. They felt that would explain a lot of what was going on with my head. They would always work with me on snooker things. They’d get me to set up a table with paper cups and put the balls where they should go. In the end I think they all became snooker fanatics. Before that none of them were into it, but I needed to keep explaining stuff to them and the importance of certain things.”

Despite encouragement from the therapists to keep a return to refereeing as a long term goal, Craig admits he had doubted whether it would be possible. He kept in touch with friends on the tour, but looking back concedes that seeing his old workplace was an emotional experience.

“Right from the start World Snooker were amazing. I remember them sending me two big hampers and wishing me well after the accident. Every week back in the beginning and even up until now, there would be phone calls or messages from other referees to see how I was getting on. When they came to Glasgow for the Scottish Open, some of them would come and stay overnight before the tournament started. That meant a lot and I was so grateful for it.

“I went down to Sheffield to see Leo Scullion referee the world final in 2019. That was fantastic and I was so pleased for Leo, he really deserved it. I know Sheffield really well from going down to watch and refereeing at the world qualifiers. I did find going back down there very hard. I actually felt while I was watching Leo that it might be the last time I would ever be in Sheffield. It was great seeing everybody, from the security guys to Pat in the office. Just being around about everyone again was nice. However, deep down I did find it really upsetting and feared it was the last time I would see everyone. I was focussing more on the negatives rather than the positives. That was exactly what the brain girls had told me not to do.”

Craig continued to progress with his recovery and as his functions came back, thoughts of getting back to the baize resurfaced as a possibility. Having taken charge of some matches at Scottish amateur events, the opportunity presented itself to be a part of Q School in August. At that point Craig seized his chance and got to work getting himself into the best possible position to fulfil his refereeing duties.

“When I told the brain therapy girls that I was doing Q School, they said to prioritise it and that became the thing I was working on. I was watching YouTube videos and explaining to them what the referee would be thinking. I found that dead easy. I could talk through what the referee should be doing. We went through the sort of problems which could come up and what to do in the event of those problems. Everything to do with getting back to the table was down to them and the amazing support of my family. It was their persistency that kept me going.”

Following a successful run at Q School, Craig is now all set to once again take charge of matches in the professional arena. He says that Q School itself was an amazing experience and he is now counting down the days until the upcoming Northern Ireland Open, which kicks off on 16th November.

“The only way I can describe Q School is that it was wonderful. It was such a huge relief to me to be back working with everyone again and see all of my friends. It was so pleasing to be there. It proved to me that I can still do it and it was a massive turning point. I was managing to stay a step ahead of everything and it all clicked into gear. That was down to the brain nurses drumming it into me.

“When I got up every morning I just couldn’t wait to get to the venue. To be there with them and to be at the table was wonderful. It was something that I thought was gone. I get a tingle thinking about the Northern Ireland Open. It will be wonderful and I can’t wait. To see everyone again and be working alongside them all will be incredible.”

I have known Willie for many years, he’s a gentle warm person. When the accident happened I felt very sorry, not just for him, but also for his close family. I know, through social media contact, how hard it has been for them all. The road to recovery has been long and difficult, for Willie and those around him. I’m  very happy to see him back at the table.

The article also gives a good insight in the work involved when a damaged brain needs to be “rewired” in order to function properly again.

Good luck Willie, and congratulations, to you and yours. This is a fight you have won together.