For the third time in a row, it will be Judd Trump versus Ronnie in the Northern Ireland Open. It’s the World numberone versus the World number two, the defending champion versus the reigning World Champion … and WST got the poster right from the start 😉.

Here is WST report on the evening semi-final: 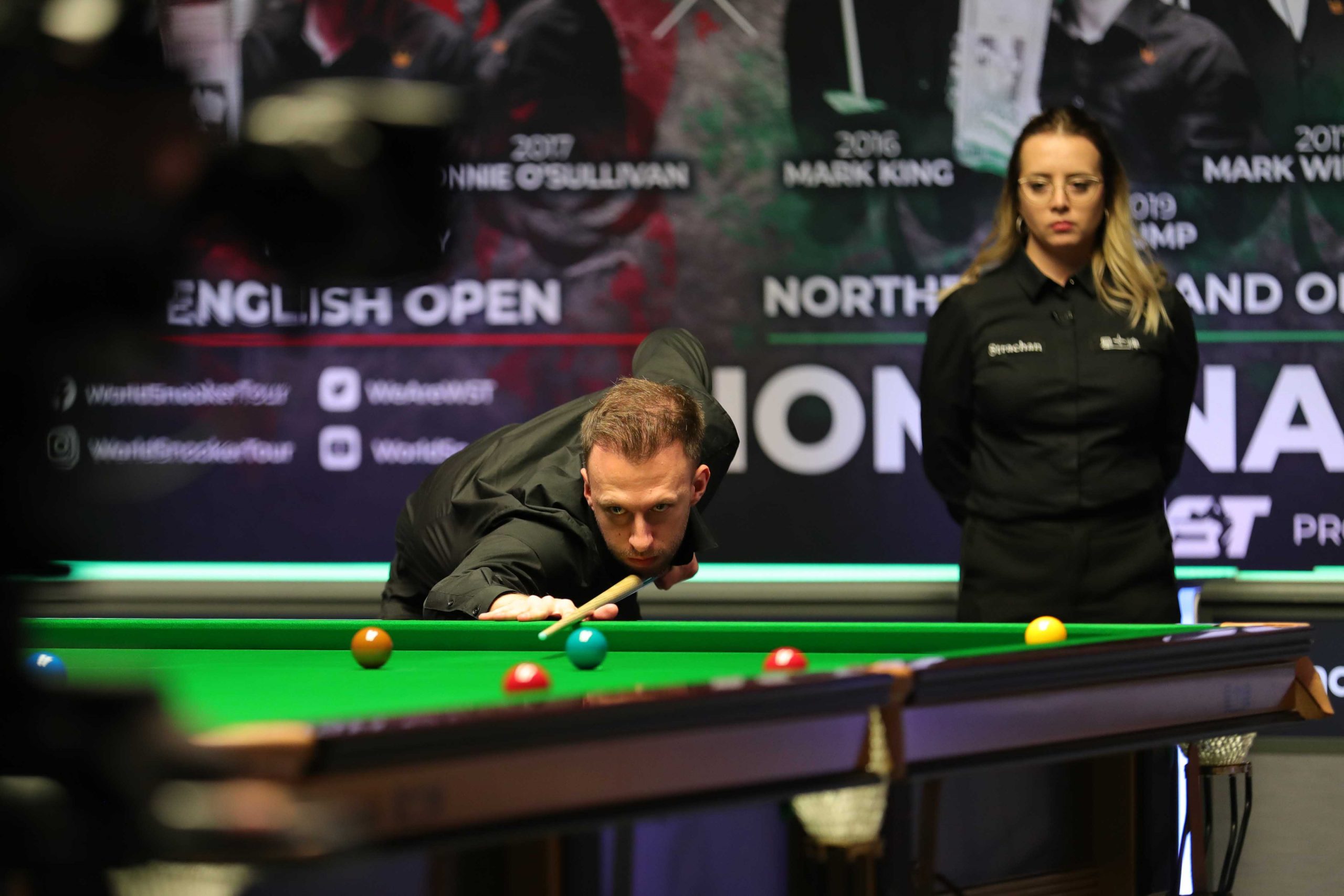 Trump has defeated O’Sullivan in each of the last two Northern Ireland Open finals, both by a 9-7 scoreline. In arguably snooker’s most compelling modern day rivalry, world number one Trump and World Champion O’Sullivan cannot be split. The pair have met 22 times, with each having won 11 times.

Tomorrow’s final will once again see the illustrious duo do battle over the best of 17 frames, for the Alex Higgins Trophy and a top prize of £70,000. It will be the first time the same players have contested a specific ranking final in three consecutive years, since Stephen Hendry and Jimmy White in the 1994 World Championship.

Defeat will do little to dampen what has been an important run for world number 67 Grace, who was appearing in just his second ranking semi-final. The Yorkshireman dropped off the tour in 2018, but regained his professional status last year by virtue of his performances on the Challenge Tour.

Grace made a confident start to this evening’s semi-final, taking the opener to establish an early 1-0 lead. However, from there Trump seized the initiative, making breaks of 57 and 91 on his way to three on the bounce to lead 3-1 at the mid-session.

Upon the resumption, Trump composed breaks of 101 and 59 to move a frame from victory at 5-1. Grace continued to battle away and reduced his arrears thanks to a run of 50 in the seventh frame. It was to no avail, as Trump fired in a contribution of 92 to wrap up the win.

“It was a tricky game. It is never nice losing the first frame, you never settle until you have your first frame on the board,” said 31-year-old Trump. “I was a bit fortunate. I played a bad shot at 3-1 and got away with it, I ended up getting in and making a break. That was kind of it then. At 4-1 up I felt confident.

“It would be nice to win 9-7 again tomorrow. It is incredible really, even for me to be in the final three times in a row. Against Ronnie it is very strange and not something that happens very often. There is probably something about this tournament that we both enjoy, even though it is here in Milton Keynes this year. It is still a special event for me. It would be nice to hopefully go out and play well, win the event and be able to defend my title back in Northern Ireland next year.

“I always enjoy playing him. I always look out for him in the draw and want him to get through so I can play him. Ever since I turned professional it is someone that I always want to play and someone I enjoy playing. He brings out the best in me. You know you have to play solid snooker and that is what seems to happen. I know I will have to be near my best to compete against him and he will know the same nowadays.”

What can we expect from this final?

On the season’s form there is no doubt that Judd Trump starts as strong favourite.

Ronnie hasn’t been at his best even if he reached the final this week, but he has been at his most determined and has applied himself in every match. He has battled through and through, never giving up. Will it be enough? I’m not sure. He needs to cut out errors and to find some kind of long potting.

That said, to get to the final, Ronnie has beaten Ding Junhui, ranked 10, Thepchaiya Un-nooh, ranked 15, and Ali Carter, ranked 19, twice a World finalist, and winner of their last encounter in the last 16 at the Crucible.

Judd, on the other hand, had a far easier route. Scott Donaldson, ranked 25, is the highest ranked player he faced. In his last two matches, he played opponents who hadn’t been on the television table in earlier rounds. Judd himself, in the ES studio, had explained how diffrent this table plays from the outside tables and what a massive advantage it is to play every match on it. I’m not sure how hard he has actually been tested. Today it will be different: his opponent is the World Champion and he has also played all his matches on the main table.

Hopefully it will be a good match.