Over the last weeks, since Ronnie has been nominated for SPOTY, the sport’s gouverning body has actively encouraged fans to vote for him. There have been other player’s interviews, articles and mentions in commentary.

This is the latest piece, by David Hendon:

O’Sullivan A ‘Figurehead For Snooker’

Journalist and commentator David Hendon believes that Ronnie O’Sullivan has had a huge impact on snooker’s global popularity and his nomination for BBC Sports Personality of the Year is well overdue.

O’Sullivan has won 37 ranking titles and 20 Triple Crown events in a remarkable career, and this year became World Champion for the sixth time. For the first time, he is on the shortlist for the BBC award, alongside Lewis Hamilton, Hollie Doyle, Stuart Broad, Jordan Henderson and Tyson Fury.

You can vote for O’Sullivan this Sunday (December 20th) by telephone or online. For details of how to vote on the night, click here.

Hendon, who commentates for broadcasters including Eurosport and ITV, said: “It is long overdue when you consider his achievements over the past 30 years. A lot of us thought that it would happen in 2013 when he won the World Championship after a year off. There is a lot happening in the world of sport every year so it is difficult to get on to that shortlist. But when you look at what he has achieved in snooker – which is so popular on television – it’s amazing it has taken this long. Thank goodness he is on it this year. 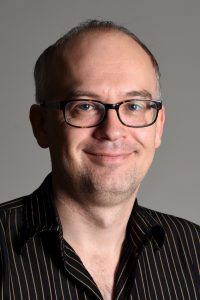 “For many new fans of snooker he is a gateway into it. They might be flicking through the channels late at night, might have never seen snooker before. If he is playing, there is something about him as a character which draws people in. A lot of fans say that the first player they enjoy watching is Ronnie, and then they become interested in the sport. There was a guy from Kyrgyzstan the other day tweeting about the fact that he can’t play snooker in his country, but he loves watching Ronnie play. He is a worldwide figure, and a figurehead for snooker.

“He is a bit of a veteran now and you wouldn’t expect kids aged 12 or 13 to look up to someone of that age. But he doesn’t seem like a veteran because he is still playing the same type of attractive snooker he has always done, albeit with a bit more discipline in his game which is why he has stayed at the top level.

“The fact that he won the World Championship at the age of 44 is incredible. You can’t compare him to many other sportsmen in terms of how long he has been at the top – perhaps Phil Taylor in darts. You look at the players Ronnie has competed against – when he started, Steve Davis and Jimmy White were still top players. Then there was Stephen Hendry, John Higgins, Mark Williams, and now he is competing against the newer players like Judd Trump. His longevity is phenomenal.”

Even if you don’t like Ronnie, you should vote for him tonight if you can.
Why? Because it’s not about him, it’s about snooker and its status as a sport.

When snooker was at its most popular, between 1981 and 1990, it got into the “last three” on seven occasions. Steve Davis is the only snooker player who ever won it, in 1988, but he made it to the last three on five occasions, finishing second in 1981 and 1987, third in 1984 and 1989. This is a record that he shares only with Lewis Hamilton. Other than that theere were second places for Alex Higgins (1982) and Stephen Hendry (1990). Since then? Nothing,

It’s been thirthy years. For whatever reason snooker has been snubbed, seen as some second rate sport, if a sport at all.  Countless times, BBC has “cut” live snooker matches broadcasting in favour of pre-recorded programs or re-runs of previously shown content.

If you love your snooker, this is an opportunity to bring it in the spotligths again.