The second and last day of the quarter finals brough two unexpected results, although I would not say they were shocks.

In the afternoon, Yan Bingtao, after getting Neil Robertson’s scalp in the previous round, got the better of Stephen Maguire in the quarter-finals. He also managed to improve his personal highest break in main tour competition, from 135 to 141 … and he did it in the deciding frame as well. At that time, it  became the tournament highbreak, bettering Maguire’s 139. Maguire can be temperamental at times, but he is a good guy and despite the defeat he was genuinely pleased for Yan. So much so that he forgot the social distancing… 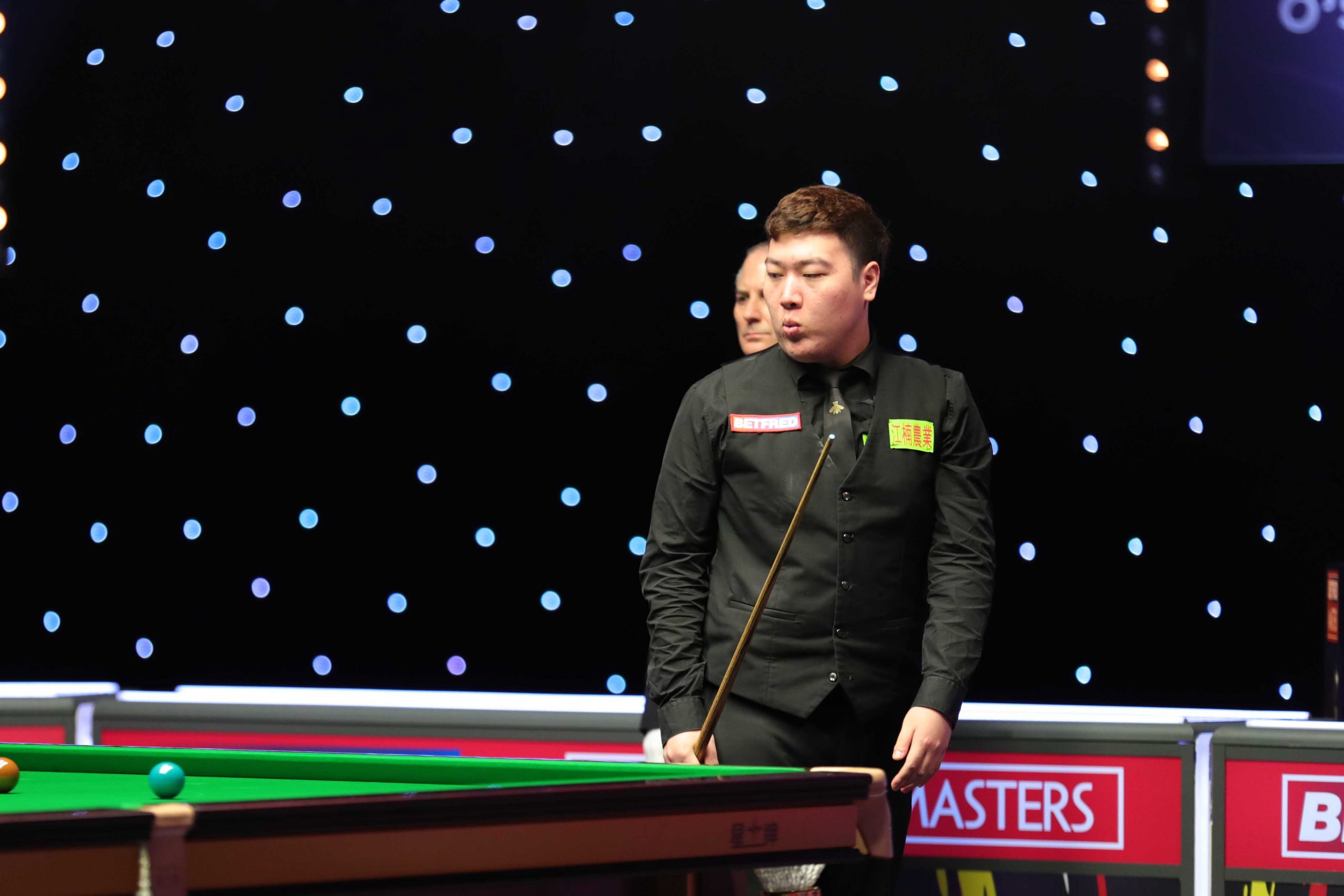 Victory sees 20-year-old Yan become the youngest Masters semi-finalist since his compatriot Ding Junhui made the last four during a run to the 2007 final at the age of 19.

Talented Chinese cueman Yan’s first clash with Maguire came as a 15-year-old in the 2015 World Cup final, when he and Zhou Yuelong defeated Maguire and John Higgins to win the event for China’s B team.

World number eight Maguire has now failed to go beyond the quarter-finals of the Masters in his last five appearances at snooker’s most prestigious invitational event. Today’s defeat was his first at the hands of Yan in four meetings in individual events on the World Snooker Tour.

Yan, who won his maiden ranking title at the Riga Masters in 2019, will face defending champion Stuart Bingham at 1pm tomorrow for a place in the final.

In the early stages of this afternoon’s encounter it was Yan who took control of proceedings to move 2-0 up. Maguire struggled to get going and spurned further opportunities in the third frame. However, Yan failed to press home his advantage and the Scot eventually took it to get his first frame on the board at 2-1. Maguire then went into the mid-session level, following a century run of 108.

Maguire took to the front for the first time in the match when they returned, before Yan fired in runs of 84 and 50 to regain his lead at 4-3.

Maguire restored parity with a sublime 137, which at the time was the highest break of the tournament so far. They traded the following two frames, as the match came down to a decider. It was Yan who stepped up with a nerveless break of 141 to take the match and the highest break from Maguire.

“I’m absolutely over the moon and really excited about the result. At the beginning I didn’t expect to get through the first round, now I am in the semi-finals. I won both matches on the deciding frame, so that is an achievement for me,” said world number 11 Yan.

“To be the youngest semi-finalist since Ding makes me proud. He is my hero and I am quite satisfied to achieved what I have at my age. I know a lot of people my age haven’t had the chance to even play in events like this. I am just trying to do the best that I can.

“I will definitely use this run as a boost to my confidence and I will put more effort on the practice table and try to do more in the future.”

Speaking to the media, Yan explained that living in Sheffield has been key to his success:

CHINESE sensation Yan Bingtao is rapidly emerging as the golden boy of snooker and revealed the key to his searing rise – living in Sheffield.

The world No.11 practices at Sheffield’s Vics Snooker Academy and reckons moving to the Steel City has catalysed his progression on the baize.

Yan, who sealed the victory with a career-best break of 141 in the decider, said: “I love Sheffield.

“It’s definitely the best place for a Chinese player to practice because Ding Junhui also has his academy there.

“We have really good resources and practice partners. We’re in a very difficult time, and everybody’s been locked in Sheffield for six months, which has never happened before. But in general, it’s really good.

“I’m absolutely over the moon and really excited about this result. This is my first Masters ever and I didn’t even expect to go through the first round, so I’m absolutely excited.

“I’ve won both matches on the decider so that’s quite an achievement for me. I also made the highest break of my four-year career so far, so I’m proud and excited about that.”

“I feel proud of myself to level the record with Ding, who is my hero.”

In the evening match, John Higgins beat Ronnie by 6-3, in a very high quality encounter.

Read about that math by following the link.