The afternoon match was the second of the quarter-finals. Kyren Wilson impressed in beating Neil Robertson by 6-2.

After losing seven consecutive quarter-finals matches this season, Kyren Wilson broke that sequence in fine style with a 6-2 win over Neil Robertson at the Cazoo Players Championship. 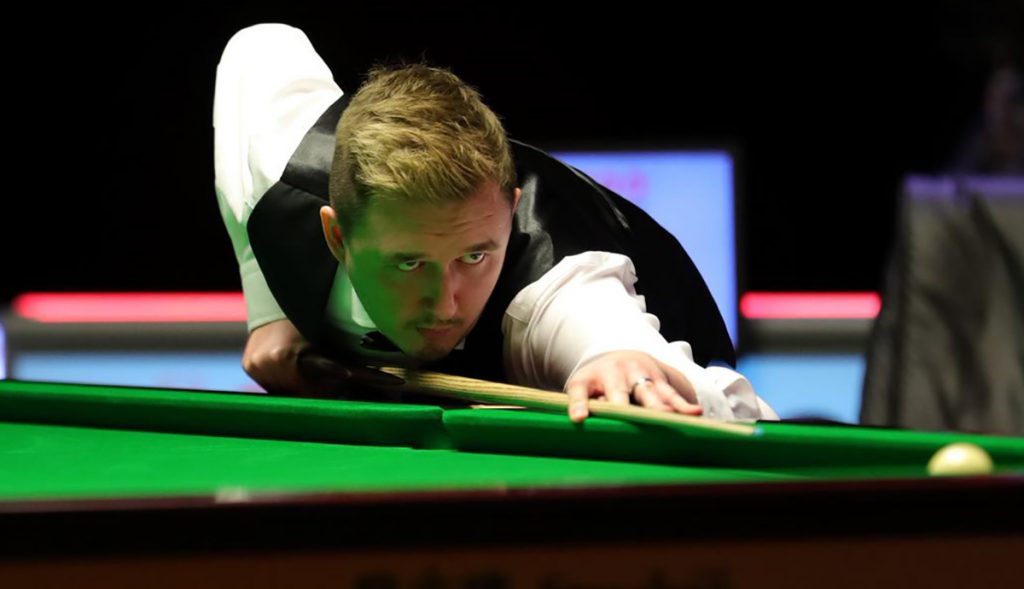 Wilson already has one title to his name this season having won the BetVictor Championship League, but given his consistency he feels he could have landed more silverware. He has now broken that quarter-final stumbling block and will go into his next match with John Higgins or Mark Selby on Saturday night brimming with confidence, after a superb display against Robertson.

World number five Wilson made two centuries and three more breaks over 50 as he beat Robertson for the second time in four attempts.

Kettering’s Wilson took the opening frame with a break of 130, then Robertson had the chance to clear from 54-26 down in frame two, but wobbled the final black in the jaws of a top corner. Wilson clipped in the black for 2-0 and added the next in two scoring visits.

Wilson might have gone 4-0 ahead had he not missed a short-range green along the baulk cushion late in frame four. World number three Robertson got one on the board then appeared to have the momentum as he fired a 101 to close to 3-2. But Wilson proved the stronger player in the closing stages as he made 95 and 126 to stretch his lead to 5-2.

In frame eight he potted ten reds with blacks, and though the 147 attempt ended when the 11th red stayed out of a centre pocket, he had done enough to book a semi-final spot.

“I was really strong today, my scoring was good, I was aggressive form the start and took the game to Neil,” said 29-year-old Wilson. “When he starts stomping around the table and gets his wonderful cue action working, he is hard to stop. I had to regroup at 3-2. I took on a risky red in the sixth frame, potted it and made 95, that was the key moment for me. I’m just a bit disappointed not to make the maximum in last frame.

“It’s hard to break runs like losing all those quarter-finals. I have played the top three or four players in the world in most of those matches and just come up short. I have just kept believing and doing the right things.

“I’m still motivated on the end goal which is to win the Players Championship. For the next two days I’ll be on the practice table. Everyone at this event is very sharp. Mark Selby or John Higgins will be a very tough opponent, I can see their game going 6-5 either way.”

Australia’s Robertson, who has won just one match since landing the Betway UK Championship title in December, said: “There were a few shots which rattled and stayed in the jaws like the black in the second frame, I hit it well but it stayed out. There were other long reds which rattled and didn’t go in. I felt just as good in the balls as I did in my first match. But Kyren played a brilliant match and if he carries on like that he can win the title. He’s got the belief and desire, he’s not scared of anyone.”

Kyren has often been criticised by pundits and commentators over his (lack of) cue ball control, considered to be the weakest aspect of his game. Yesterday, however, there were only praises as he was as good as anyone in this respect. This was a truly impressive win by Kyren yesterday and, if he can sustain that level, he will be a handful for anyone.

In the evening, Ronnie beat Jack Lisowski by 6-1 in the third quarter-final. It only lasted 79 minutes…