Mark Selby had to fight hard to top his group yesterday but he is through to phase 2, as is Stuart Carrington. 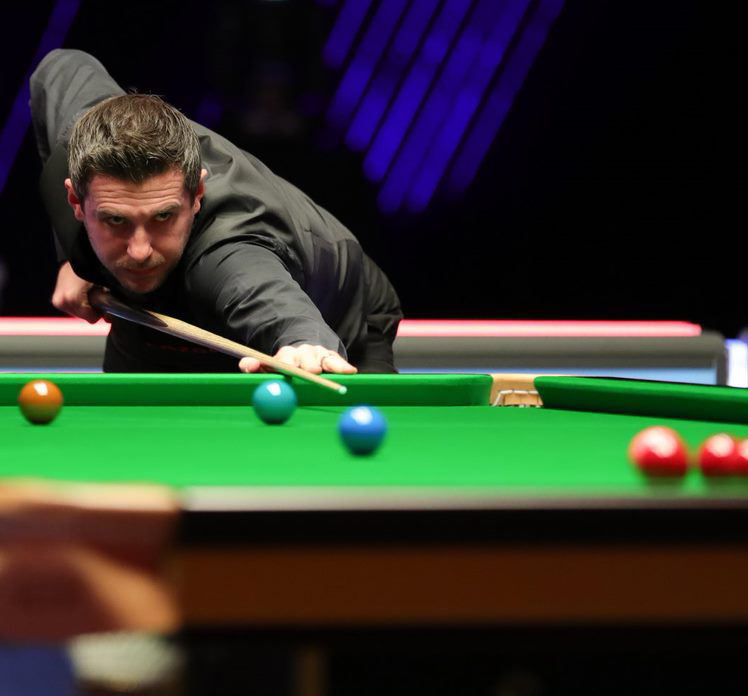 Mark Selby won a crucial final game with Matthew Selt 2-1 to earn his place in the second phase of the WST Pro Series in Milton Keynes.

The pair came into the last match knowing that the winner would be assured of progression. Selt knew defeat would definitely end his hopes of a top two place.

They were locked level at 1-1, after a century run of 142 from Selby followed by a contribution of 75 by Selt. The deciding frame lasted 30 minutes, but eventually three-time World Champion Selby emphatically clinched it with a break of 83, ensuring he topped the group.

Selby won six from seven matches throughout the day, scoring victories against Daniel Womersley, Lukas Kleckers, Eden Sharav, Stuart Carrington and Joe O’Connor, as well as his defeat of Selt. His only loss came 2-0 at the hands of Iranian Soheil Vahedi, who was pipped to second place.

Vahedi faced Carrington in the final match where, following Selby’s win, the victor was set to seal second spot. It was Carrington who held his nerve to secure a 2-0 win and progress to the second phase. Today’s success continues a fine run of form for world number 51 Carrington, who reached the semi-finals at the recent Gibraltar Open.

Selby said: “Best of three is cut-throat, anybody can go through. To finish top of the group is pleasing. More pleasing that I felt like I played well today. I scored ok when I got my chances, I had a couple of 140 breaks. That was the main thing for me, to find a bit of form.

“It’s a crazy format, because I went into that last game having won five out of six and I still might not have ended up in the top two. It’s tough, but it is what it is. It’s the same for everyone and it is nice to get through to the next group.”

It was indeed a tight group with every player winning at least two matches. Lukas Kleckers managed to beat Mark Selby, but lost several other close matches. Soheil Vahedi played well and I would have loved to see him progress to phase 2. Soheil did something very brave yeterday, although it went largely under the radar: he played Eden Sharav.

In the past, both Hossein Vafaei and him have withdrawn when due to play Eden, who was raised in Scotland, but has Isreali roots and opted to play for Israēl. Iranian sportspersons are not allowed to compete against Israëli athletes, and face serious punishment in their country if they do. I hope there will be no consequences for Soheil and his family. He is a lovely man who hasn’t had it easy. What he did is remarkable enough to have made it to the Israëli press: https://www.jpost.com/israel-news/snooker-players-from-israel-and-iran-compete-at-wst-pro-series-662018