Skip to content
HomeSome Mixed News about the 2021 British Open

WST has announced that the 2021 British Open will be shown on ITV and that tickets are on sale.

Tickets On Sale For Snooker’s British Open In Leicester

Snooker fans will have the chance to see the world’s top stars in action at the British Open in Leicester in August.

Tickets are ON SALE NOW starting at just £5 for the world ranking event which runs from August 16 to 22 at the Morningside Arena in Leicester. BOOK NOW – for all details click here.

It will be the first snooker event of the 2021/22 season to welcome a crowd. Snooker has led the sporting world in the post-lockdown return of live audiences, and WST will continue to work closely with the UK Government and all of our venues and partners on Covid-19 regulation. 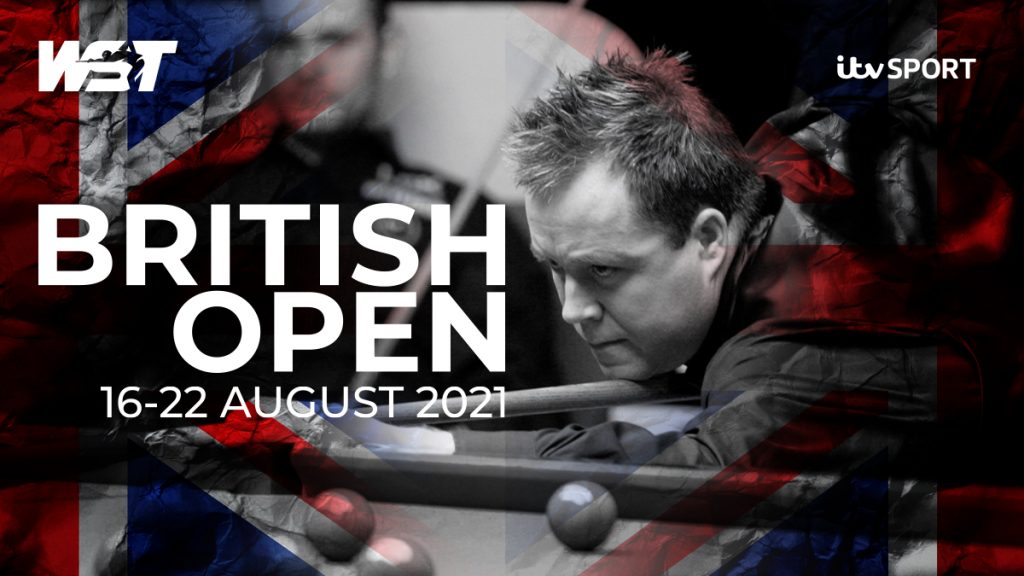 The British Open, to be televised live by ITV as well as a range of broadcasters outside the UK, will feature 128 of the world’s best players battling for the trophy. It returns to the calendar for the first time in 17 years. Previously, The British Open was ever present on the calendar from 1985 to 2004 and has been won by great names including Steve Davis, Jimmy White, Stephen Hendry, Ronnie O’Sullivan, Mark Williams, Paul Hunter and John Higgins.

A strong field is expected for the tournament in August, which will see snooker fans welcomed to the Morningside Arena in Leicester for the first time.

WST Chairman Steve Dawson said: “We are delighted to give snooker supporters the opportunity to watch the best players on the planet in what will be a fabulous week of top class sport.

“Following our discussions with our partners and public health bodies we are thrilled to be able to open our doors at the start of the 2021/22 season, carrying on the momentum we achieved at the World Championship in the Spring. For the players, to have a crowd and an atmosphere makes such a difference.

“We know there is a huge amount of interest in snooker in Leicester and the surrounding area, with Mark Selby and several other tour players from the city proving to be great role models. The Morningside is an excellent venue and I hope to see it packed out for the seven days.”

Fans can be assured that all necessary precautions will be taken at events to minimise the risk of Covid-19 transmission, keeping safety as our highest priority. If at the time of the event Government restrictions force this event to change its terms of attendance, customers will be offered a variety of options and where necessary refunds will be made available.

Details on the line-up of players will be announced closer to the event.

The ITV coverage is excellent, but, unfortunately, it’s only available to UK viewers (unless you “trick the system… hum…). I do hope that it will be shown by Eurosport because, last season, the Tour Championship was only available to me on Matchroom.live. That platform usually works well, but not on that occasion. For some reason I had to “refresh” it after every frame and the quality wasn’t great.

Also I had a look at this

I had hoped that with a new person at the WST helm we could go back to longer formats. This is clearly NOT the case, unfortunately. This event will be best of 5 up to the last 16, best of 7 for the QFs and SFs and best of 11 for the Final.

This is a shame, this is not right. The British Open has a prestigious history, it deserves better than this. It has run as a ranking event for 20 years, from 1985 to 2004, it has been won by all the greats in the sport we love. To reduce it to this is a sad farce. It’s an insult to its history.

If WST wants to run such tournaments … so be it, but don’t name it the “British Open”.

3 thoughts on “Some Mixed News about the 2021 British Open”