Skip to content
HomeAbout a comeback and a debut

Speaking to Phil Haigh and Nick Metcalfe on their podcast, Stuart Bingham explained why he isn’t “a fan” of Stephen Hendry return  to competition.

Stuart Bingham ‘not a fan’ of Stephen Hendry’s snooker comeback: ‘He’s going to have more bad days than good days’

Stuart Bingham says he is ‘not a fan’ of Stephen Hendry’s return to snooker, and although the seven-time world champion is fully deserving of the invite to play on the main tour, he will ‘have more bad days than good days now’.

Hendry was offered a two-year tour card by then WST chairman Barry Hearn in 2020 and played for the first time in nine years at the 2021 Gibraltar Open.

He was won a couple of matches since then, beating Jimmy White in the World Championship qualifiers before edging out Chris Wakelin at the British Open last month.

With two wins under his belt and the 52-year-old believing he is fast improving after nine years away from top level competition his return to the baize has not been a failure and he intends to keep playing for some time to come.

However, Bingham is not sure what the legend of the sport will get out of the comeback, thinking it is going to be something of a painful task for the Scot.

Asked about Hendry’s return on the Talking Snooker podcast, Bingham said: ‘Each to their own. I’m probably not a fan.

‘What he’s done in the game, he deserves a wildcard whenever he wants, same as Jimmy White and most probably Ken Doherty.

‘I dunno, Stephen’s taken nine years away from the game, even though he’s played a handful in the Seniors, he’s lost that edge. Only really Stephen himself can answer how good he thinks he can get back to.

‘He gave up the game because he didn’t like losing and I’m not sure how long he’s going to play for. I can see him losing a fair bit the way he’s playing at the moment.

‘He might have a good match but having that time off, nine years off, he’s going to have more bad days than good days now, I think. As harsh as that may seem, but that’s how I think

Hendry has picked up those two wins and looked good in his first match back, which ended in defeat to Matt Selt who was in superb form at the Gibraltar Open, however, he has struggled in a couple of his other matches.

Bingham isn’t particularly impressed with what he has seen, but he would love to see Hendry rediscover some of his old magic and create more memories on the snooker table.

‘I watch him but you can see him struggling with himself,’ said the 2015 world champion. ‘He throws in a few snatchy cue actions and you can see why he give up.

‘He said he had a bit of “cueitis” [or the yips], he couldn’t let go of the cue and things like that and you can still see it’s there. Everything’s very deliberate and when it gets to the crunch, a pressure situation, you see it appear.

‘Hopefully he can get out of it and get back to some sort of level and it’ll be good for the game.’

I agree with Stuart here, but that doesn’t mean that I think that Stephen Hendry shouldn’t play, that he should have stayed in retirement. He simply has to do what he feels is right for himself. He isn’t proud of his last match at the Crucible and badly wants to return there, if only just once, to play and fight for every ball, no matter the outcome of the match. I fully understand that. Can he do it? I’m not sure.

Inevitably, when a great in sport shows signs of decline, and the wins don’t come anymore, you hear fans saying that they should retire. The usual excuse is that it “damages their legacy”. It doesn’t, none of their achievements will be erased ever. What it does though is “damage” their image in the mind of the said fans, who can’t accept that, no matter how great a sportsperson is/was at their peak, decline comes eventually. They can’t cope with it.

I remember the reactions when Hendry came back on the Seniors tour: he was going to wipe the floor with everyone … allegedly. Actually, he struggled badly, as he had struggled badly in the last years of his (first) career. But somehow it was as if his faithful fans had erased those last years from their memory, remembering only the “peak Hendry”.

I hope that Stephen manages to get back to the Crucible, and that he can do himself justice. He reigned supreme at the Crucible for years. His last match there – there is always a last one – should be a match he’s proud of.

Tomorrow, Judd Trump will make his debut in competitive pool: 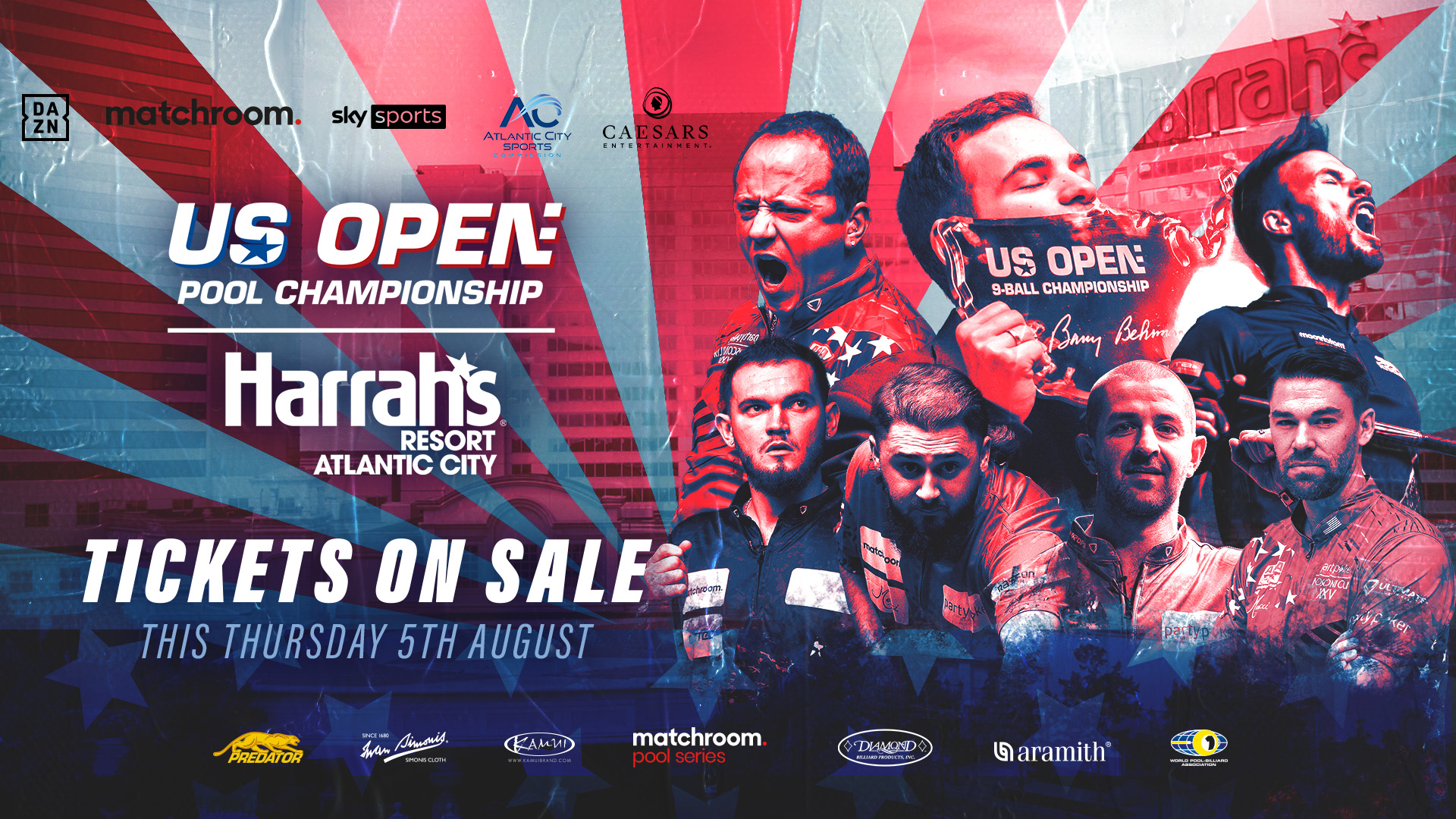 The draw for the 2021 US Open Pool Championship has been made with 2019 champion Joshua Filler starting his defense against America’s Joseph Byler in the opening match of the tournament at Harrah’s Resort, Atlantic City on Monday, September 13.

The draw, brackets, and match schedule can be viewed now on CueScore.

Players were seeded based on the combination of World Ranking and Performance in Major Events. Click here for the full seeding breakdown.

Live rack-by-rack scoring will be available throughout the event at www.matchroompool.com thanks to our partners CueScore. Broadcast details for the tournament in full can be found here with coverage on DAZN for those in the USA, Canada, Germany, Austria, Spain, Italy, and Brazil with UK coverage available on Sky Sports throughout.

Quite incredibly the bookies make him favourite for the title. This probably simply means that they believe that enough punters will fall for the bait because Trump himself admitted that deep down he knows that he can’t win it, that he would be happy to just win a match. It’s a different game, with many aspects, and shots, that are not present in snooker.  If he were to win it, it would be truly extraordinary.

2 thoughts on “About a comeback and a debut”