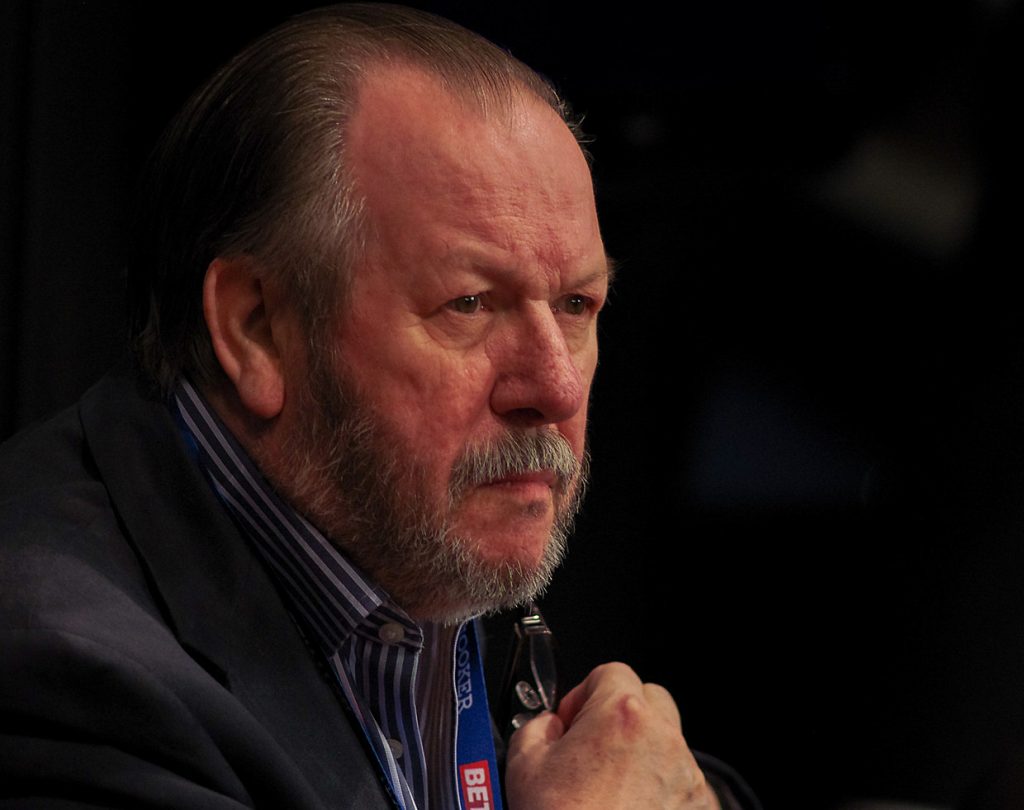 Alan Chamberlain, one of snooker’s leading referees who took charge of a wide range of the sport’s biggest finals, has sadly passed away at the age of 78.

Chamberlain was widely respected among snooker’s top players, directors and fellow referees and will be much missed by everyone in the sport.

He first refereed on the pro tour in 1983 and enjoyed a career lasting nearly 30 years. His high point was officiating the 1997  World Championship final at the Crucible when Ken Doherty beat Stephen Hendry. He also donned the white gloves for no fewer than eight Masters finals in London, including the 1998 epic when Mark Williams beat Stephen Hendry on a respotted black in the deciding frame.

Chamberlain was also the man in the middle for seven maximum 147 breaks, and he holds the unique honour of being the only man to have refereed a break over 147 in professional competition: Jamie Burnett’s 148 during the 2004 UK Championship qualifiers.

In 2010, he became a director of snooker’s global governing body the WPBSA, and spent six years in that role. He also served as Chairman of the WPBSA Rules Committee and Chairman of World Billiards Limited (WBL).

Chamberlain retired in 2016 in order to spend more time with his wife and family.

Jason Ferguson, WPBSA Chairman, said: “We are deeply saddened to hear the news today about Alan. He was a lovely man, a fantastic servant to our sport for well over 30 years and made a great contribution.

“As a referee, he was one of the very best we have ever seen. His ability to take control of the biggest matches with a calm demeanour set a perfect example for the younger generation of referees who followed in his footsteps.

“Once he put away his gloves for good, he became a much-admired director, and put his vast experience and knowledge to excellent use both in snooker and billiards.

“Our sincere condolences go to Alan’s family and friends.”

I had the privilege to meet Alan during the years I was taking pictures on the main tour. On the table he was an exceptionally good referee. He wasn’t everyone’s cup of tea but he was what a referee should be: strict, meticulous and precise. His knowledge of the rules was immense. He also expected the players to know the rules. This should be obvious, but it’s not always the case … as this famous incident proves:

The players were nonplussed but Alan was rigth there of course. The ball didn’t leave the bed of the table, and Dott “interfered” with it. So it was a foul, but not an in-off. Mark Selby thought that this was an in-off – as it would have been had Dott not blocked the white. So he picked the ball … prompting Alan to call another foul, against him this time, again for interfeering with a ball in play. Mark Selby hadn’t spotted the clue: Alan had not picked that white and had not put it close to the bottom rail, as referees always do after an in-off. You can her Alan explaining all this to the players…

Off the table, he was a soft-spoken affable man and always a pleasure to talk to.

Farewell Alan, sleep tight. We are already missing you.