Day 6 at Ally Pally saw the conclusion of the quarter-finals round with two matches that I, personally, found disappointing. The crowd gave the players a fantastic reception as they had all week. Ronnie was back in the ES studio.

Judd Trump paid tribute to the “different energy” of the Alexandra Palace crowd this year as he crushed Kyren Wilson 6-1 to reach the semi-finals of the Cazoo Masters. 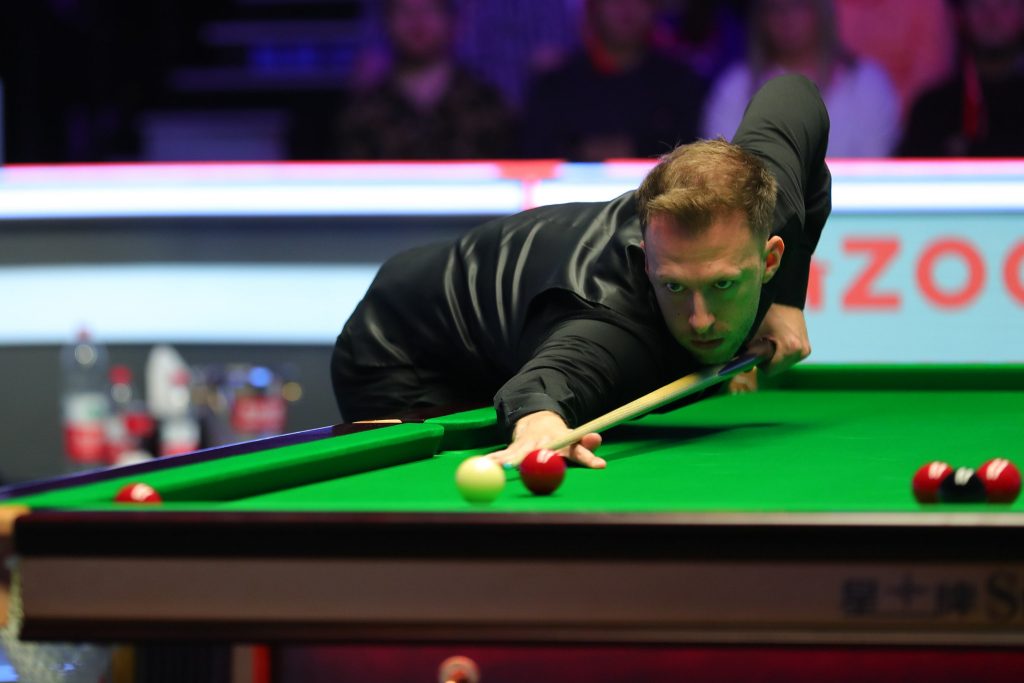 An elated Trump shouted “Come on baby!” to the 2,000-strong audience after wrapping up an emphatic win. With Ronnie O’Sullivan out of the running, Trump has picked up the mantle of crowd favourite and hopes the London fans will inspire him to a second Masters crown. The world number two faces Mark Selby or Barry Hawkins on Saturday evening.

“There’s a different energy this year,” said Trump. “We all appreciate everything more because of what is going on. Over the Christmas period it didn’t even look like there would be a crowd here. It feels like everyone wants to let their hair down, go to venues and see sport live and experience it all again. Everyone is happy to be allowed out to do what they want to do, and the players are feeding off that. There have been some incredible games and incredible atmospheres, the players are enjoying being out there.

“This tournament is extra special. The players are surrounded by the seats, we are in a bubble and it makes you want to play well. It’s hard to say don’t go to the Crucible, but if you’ve never been to snooker then this is a great place to start.”

Before the match the pundits said that it’s 9-9 in Judd v Kyren head-to-head but that’s irrelevant when one of them – Judd – has won all the most recent encounters. Ronnie reflected that Kyren tends to lose the cueball under pressure. He didn’t have the run of the balls either but all that doesn’t explain the 6-1 trashing. The truth I’m afraid is that Kyren can’t cope with Judd’s game and/or reputation on the big stages. 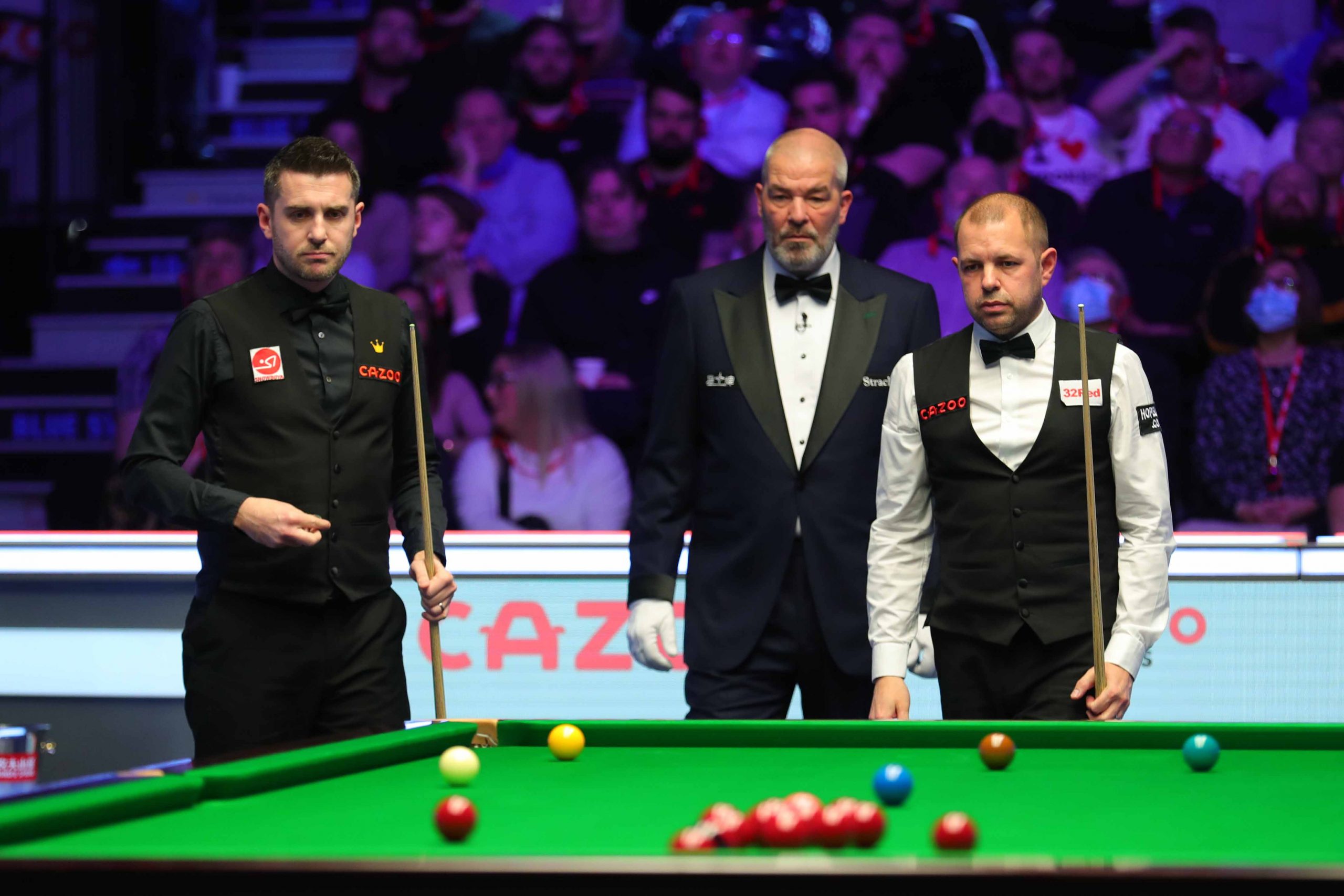 Londoner Hawkins has now won both of his Masters meetings with close friend Selby, having also beaten him 6-3 in the 2017 quarter-finals. The head-to-head record between the pair now stands at 11-9 to Selby.

Hawkins first qualified for snooker’s most prestigious invitational event in 2007. However, he failed to win a match in his first five Masters appearances. Hawkins emphatically rectified that in 2016, when he progressed all the way to the final, where he was comfortably defeated Ronnie O’Sullivan. He also reached the last four in 2017, losing out to Joe Perry.

Hawkins now faces world number two Judd Trump tomorrow night for a place in this year’s title match. The Hawk will be hoping he can land a maiden Triple Crown title this weekend, having also been runner-up to O’Sullivan at the World Championship in 2013.

World number one Selby is a three-time Masters winner but his recent woes at Alexandra Palace continue. The Jester from Leicester hasn’t been beyond the quarter-finals since he reached the final in 2014, when he was runner-up to O’Sullivan. Selby hasn’t won this event since 2013.

When play got underway this evening Hawkins hit the front immediately by taking the opener with a break of 58. He then landed an important early blow by taking the second on the black, after requiring a snooker, to lead 2-0. Selby closed the gap, but it was Hawkins who took the fourth to head into the mid-session 3-1 ahead.

Upon the resumption it was Hawkins who stretched his lead further by firing in a run of 65 to extend his cushion. Hawkins then pulled within a frame of victory after pouncing on what proved to be a critical mistake from his opponent. Selby missed a straightforward red whilst leading 56-0 with the balls in difficult positions. Hawkins recovered to take the frame on the pink and move 5-1 up.

Selby is famed for never giving up and mounting unlikely fightbacks, but nothing transpired on this occasion. World number 10 Hawkins closed out the match by winning the seventh frame to secure a momentous 6-1 win. 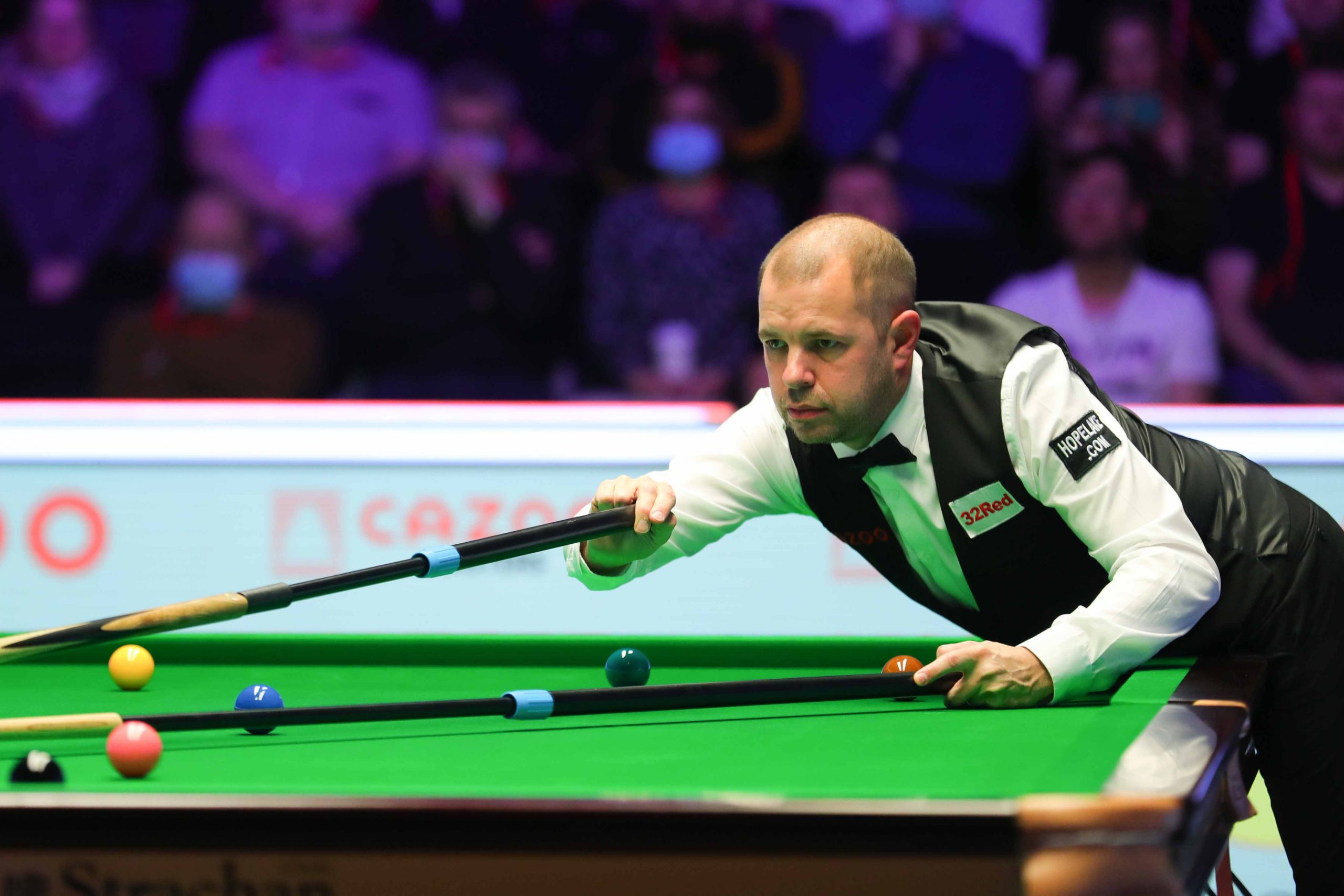 “I can’t believe I’ve won 6-1. It was a strange sort of match,” said 42-year-old Hawkins. “It is difficult, in a tournament like this you expect him to play well. When a few extra chances come along it is a bit of a shock to the system. It is hard to get the mindset right and not get too carried away.

“I was shaking like a leaf in the first frame or two. The nerves were going mad and it was quite hard to settle down. The reception I got in the end was unbelievable. I want the family to come across tomorrow now so they can soak that atmosphere up tomorrow and see what it is like.

Selby said: “It was pathetic from start to finish. I carried on the way I did against Stephen Maguire in the first round. I felt he was the better player in that game as well, but I kept pinching the scrappy frames. I clung on. Barry didn’t have to play fantastically to beat me. I laid down and rolled over. It is disappointing.

“I’d love Barry to go on and pick up the trophy at the end of the week. I’ll be rooting for him tomorrow and tuning in. I wish him all the best.”

Mark Selby admitted that he took a good break after winning the World Championship last season. Unfortunately for him, he seems to struggle badly to regain his form. Barry played well and I really want him to win tonight but I’m not sure he has the self-belief to do it against Judd Trump.