Health Is Highest Priority For Selby

Mark Selby began the defence of his BetVictor European Masters title with a 5-3 win over Matthew Selt, before putting snooker into context by opening up on his current mental health issues.

Last month, Selby posted on Twitter to reveal that he was ‘mentally not in a good place’ due to issues he had been ‘bottling it up for years.’ He has since had regular help from a specialist. After today’s result, the world number one and World Champion was asked about his current state of mind and about his decision to go public about his condition. 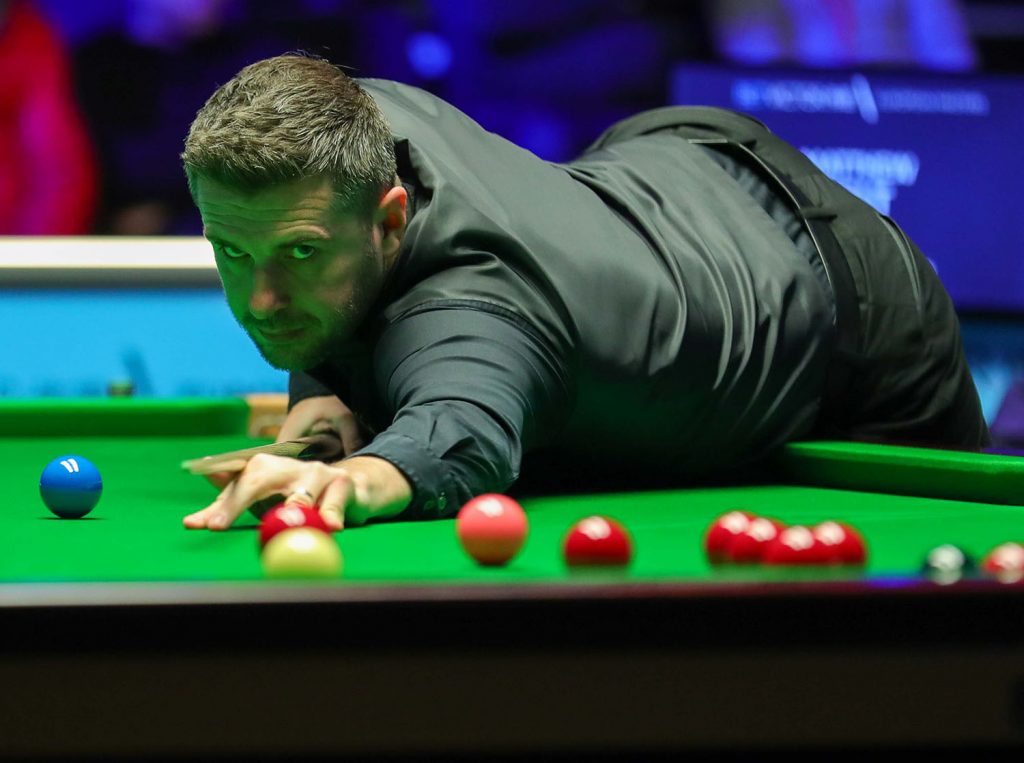 “I am up and down, there are still more bad days than good,” said the 38-year-old from Leicester. “That’s what I’m working on, to turn that around. I am doing online sessions with a doctor from London. I have one tomorrow morning. I am trying, and that’s the main thing.

“For years I have been struggling, on and off. (Wife) Vicky said to me I should just come out and say it. I have never been one to expect sympathy from people, that wasn’t why I did it. We were on the way home from the Masters, we stopped at motorway services and Vicky went inside to get a coffee

“I was sitting in the car, staring into space, and realised I couldn’t carry on like this, botting it all up, I needed to get it out there. If I had said it all in an interview I probably would have broken down, so I thought it was better to say it on social media. Since saying that I feel better. Half the battle is won by speaking out. There is still a long way to go and I am working on that with the doctor.

“I have a different perspective on snooker now. I put my health first. Obviously I try my hardest in every match, but it doesn’t matter as much whether I win or lose. The main thing is to get myself better and get on to the right track, and snooker is secondary. I still love the game and still want to play, if I can still compete without feeling it’s too much mentally, then I will carry on. But I’m taking it one day and one match at a time.”

I’m glad that Mark doesn’t have to cope with the kind of scorn Ronnie had to face for years: people saying that he’s just a spoiled bratt, that he hadn’t worked a single day in his life and should get a “proper” job to learn what life is about.

Michael Judge made it very easy for Judd Trump. He never settled and gave him a zillion opportunities.

And here is their short report on Neil Robertson’s win:

Neil Robertson, the player of the season so far having landed three titles, kept his hot streak going with a 5-2 victory over Lei Peifan. Breaks of 130, 98, 67 and 52 helped the Australian set up a match with Alfie Burden on Tuesday evening.

To read about Ronnie’s win over Nigel Bond, click here

The last 64 round concluded yesterday evening. Most top players went through. The exveptions were Jack Lisowski, losing 5-3 to Ashleigh Hugill, Shaun Murphy, losing 5-3 to Noppon Saengkham who scored his 100th century in the process, and Mark Selby, the defending champion, going out by 5-3 to Jordan Brown who seems to be in the kind of mood to got him to win the 2021 Welsh Open.

Other results worth noting were

Neil Robertson completely demolished Alfie Burden. Neil had 4 centuries in the first 4 frames. The first (105) was a max attempt. He scored 505 unanswered points  before a foul on the black that gave Alfie the only 7 points he registered in the match; Alfiedidn’t pot a single ball.

Wu Yize, only 18 years old, beat the vastly experienced Fergal O’Brien by 5-3. Wu had 4 breaks over 50, including a maximum attempt in frame 3.

Matthew Stevens and Thepchaiya Un-nooh both lost their last 64 match. Both are in serious danger to drop off the tour. The Shoot-out champion, Hossein Vafaei, was whitewashed bu=y Anthony Mc Gill who scored his 200th competitive century in the process.

Judd Trump at 4-2 down looked is serious danger to go out early. My feeling as I watched the match was that Jak Jones really should have won it, but nerves got the better of him, Judd sensed it and took advantage.

All about Ronnie’s hard-earned win over Zhang Anda is here.