Judd Trump won the 2022 Turkish Masters yesterday evening, beating Matthew Selt by 10-4 in the final. This was Judd’s ranking title number 23… To the delight of  the Turkish crowd, he made a maximum in the process.

Judd Trump won his first ranking title in a year by thrashing Matthew Selt 10-4 in the final of the inaugural Nirvana Turkish Masters, and thrilled the crowd with a brilliant 147.

In the final of the first ever professional event staged in Turkey, Trump came from 2-1 down to win nine of the last 11 frames. And he lit up the contest with a marvellous 147 – only the tenth maximum ever made in a final – which brought the enthusiastic fans in Antalya to their feet.

Though Trump won the invitational Cazoo Champion of Champions in November, it had been a disappointing season for the 32-year-old in ranking events until this week, but he now ends a barren spell which had stretched back to March last year. His career tally of ranking crowns moves to 23, putting him sixth on his own in the all-time list, one ahead of Neil Robertson.

When this new tournament was first announced in May last year, Trump was the first top player to commit to it, and true to his word he has supported the event and ended up with the silverware. Fans in the region have enjoyed the opportunity to see their heroes in the flesh, and to see the gigantic trophy lifted by a player who is well on his way towards becoming one of the sport’s all-time greats.

When he lost to Joe Perry in the final of the BetVictor Welsh Open a week ago, Trump was tired and deflated, but summoned enough energy to make the trip across Europe and play seven matches in six days. He struggled with his game and rode his luck in the early rounds, notably in 5-4 wins over Liang Wenbo and Zhou Yuelong, but his willpower could not be faulted. Not just a flamboyant potter, Trump has an abundance of deep-down determination. 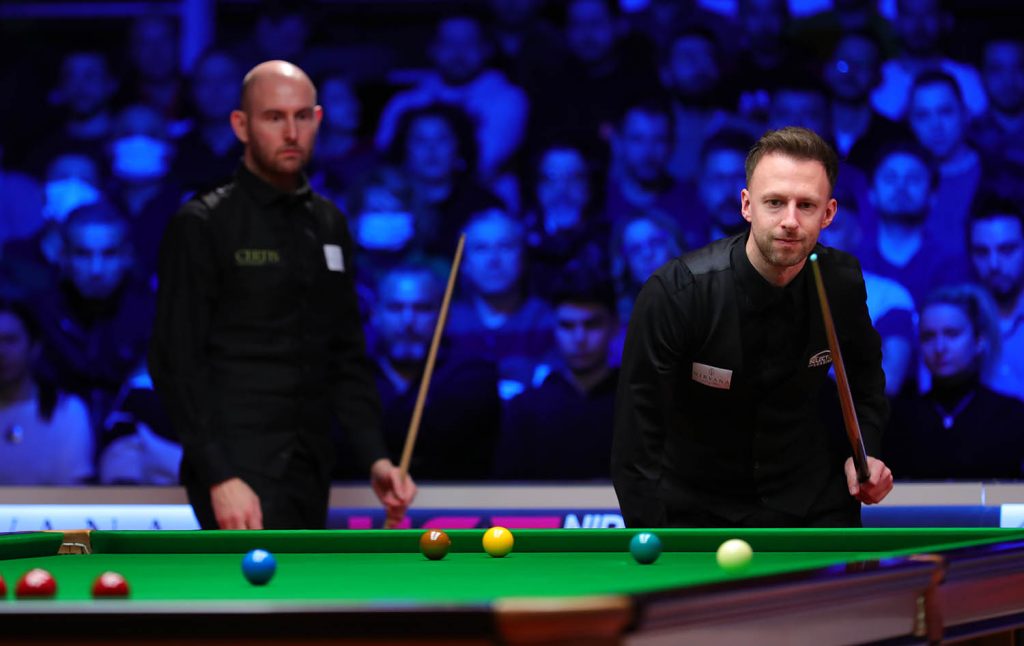 The £100,000 top prize lifts him to fourth place on the one-year ranking list – having languished in 17th just two weeks ago – and cements his place in the Cazoo Tour Championship in Llandudno later this month. From there the action moves to the Crucible, in just 34 days time, and this is a timely reminder from Trump to his rivals that form is temporary, class is permanent.

In the biggest match of his life, 2019 Indian Open champion Selt missed the chance to double his tally of ranking titles and become the 40th player in snooker history to win more than one. After a bright start he failed to score heavily enough when chances came his way, and his strong tactical game wasn’t enough to hold down his opponent. The 37-year-old from Essex still earns a hefty £45,000 and jumps from 31st to 22nd in the world rankings.

Trump led 5-3 after the first session, and the evening got off to a peculiar start as, in the opening frame, he gave away 60 points in fouls after being trapped in a difficult snooker. The Bristol cueman then made an 88 clearance to win a frame which had a combined points tally of 189, just short of the all-time record of 192.

His superb 147 came in the tenth frame and he added the 11th with a run of 73 to lead 8-3. In the 12th, Selt led by 51 points with three reds left when he touched the cue ball and sportingly called a foul on himself, which handed world number three Trump a window to edge back into the frame. But he couldn’t get position on the final brown, and Selt eventually potted the brown after two failed attempts, and later added the blue to trail 8-4 at the interval.

Selt had an early chance in frame 13 but made just 7 before missing the blue to a centre pocket and Trump punished him with 82. And a cracking long red at the start of the next frame set him up for a match-winning 114.

“It was the first time I have really enjoyed my snooker this season,” said Trump, who has now beaten Selt in nine of their 12 meetings. “I managed to find a bit of form in my semi-final last night. To come out of the first session today 5-3 up was a big relief as it gave me a bit of a cushion.

“Tonight I was back to the game I have had in the last two or three seasons so it was nice to get that feeling back. The clearance to go 6-3 up settled me down and after that I felt relaxed. My goal for the rest of the season is just to play like I did tonight. 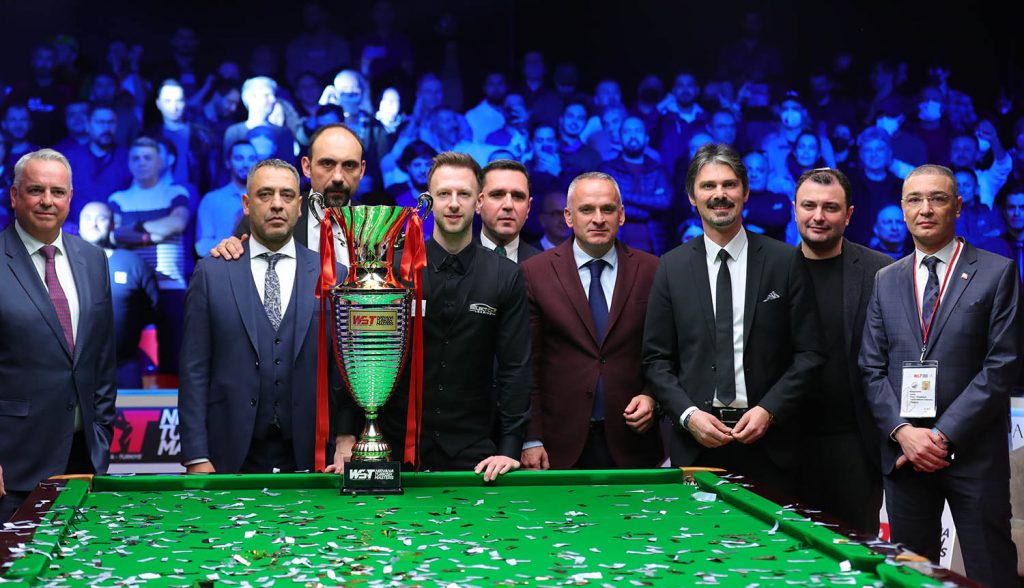 “It has always been a dream of mine to travel the world and play snooker in different countries. Putting on a good show tonight and making a maximum in the final will hopefully inspire Turkish players to pick up a cue and a few kids to start playing. Maybe in the future there will be a top Turkish player.

“Matt is progressing and getting a lot more consistent and he has the belief that he can do it out on the main stage.”

Selt said: “There were a few frames in the first session I could have won. I let him off the hook too many times, you can’t do that against the best player in the world. If I could have finished that session 5-3 up I could have won the match. It’s a missed opportunity because these matches don’t come along very often where you can jump so many places up the rankings.

“Tonight I didn’t do anything to put him under significant pressure. He played miles better than me and deserved the win, it’s great to see him back winning tournaments.

“I wasn’t nervous at all, I felt great. I struggled to see certain shots because the lighting on the main table is different to the outside tables. If I can learn to play well on the TV table I will be a force.”

Here is Judd’s maximum as shared by WST:

The crowd was understandably delighted and this will give a big promotional boost to the event next year. It has been a good event and all players who expressed themselves on social media were delighted with the experience.

Unfortunately it’s in “short form”. I absolutely hate this recent trend on YouTube. Do people really have such short attention span that they can’t watch something unforld properly because it would cost them a few minutes more of their time?

Judd Trump played very well in the evening session, but Matt Selt was totally unable to string anything together and there really was not much pressure at all on Judd in that second part of the match. In the afternoon session he had struggled like he had all week and indeed all season. We’ll see what happens in the next event(s).

Snooker heading to new grounds is great of but not at any cost. As far as we know the event(s) in Saoudi Arabia is/are still on. Yesterday the news came through that the Saoudi regime executed 81 persons in just one day for various reasons, including “deviant” beliefs. Amongst them were 41 young people who peacefully protested against the brutal regime. I honestly hope that WST will reconsider …