The least I can say about the first day in Gibraltar is that is was a shambles in so many accounts.

First here is WST statement about so many players withdrawal:

Unfortunately due to bad weather in Gibraltar, certain flights from the UK have been diverted to Malaga. Players travelling on non-British passports and without a Schengen Visa do not meet the Spanish visa entry requirements and therefore have had to fly back to the UK and some will not able to compete in this week’s BetVictor Gibraltar Open.

This affects a relatively small number of players. Their opponents at the tournament will receive a walkover into the second round and these will be confirmed as and when we know that the player is unable to make their match. WPBSA Players representatives are contacting affected players and assisting with alternative plans where possible.

It wasn’t such a small number of players actually. Going by posts shared on Facebook by Soheil Vahedi, there were about 30 affected. About of them stayed, waiting for some kind of solution, a the other ones were sent back to Manchester. Actually Soheil himself eventually was able to play.

Here is WST report on the day:

Robertson Remains In Hunt While Zhao Bows Out 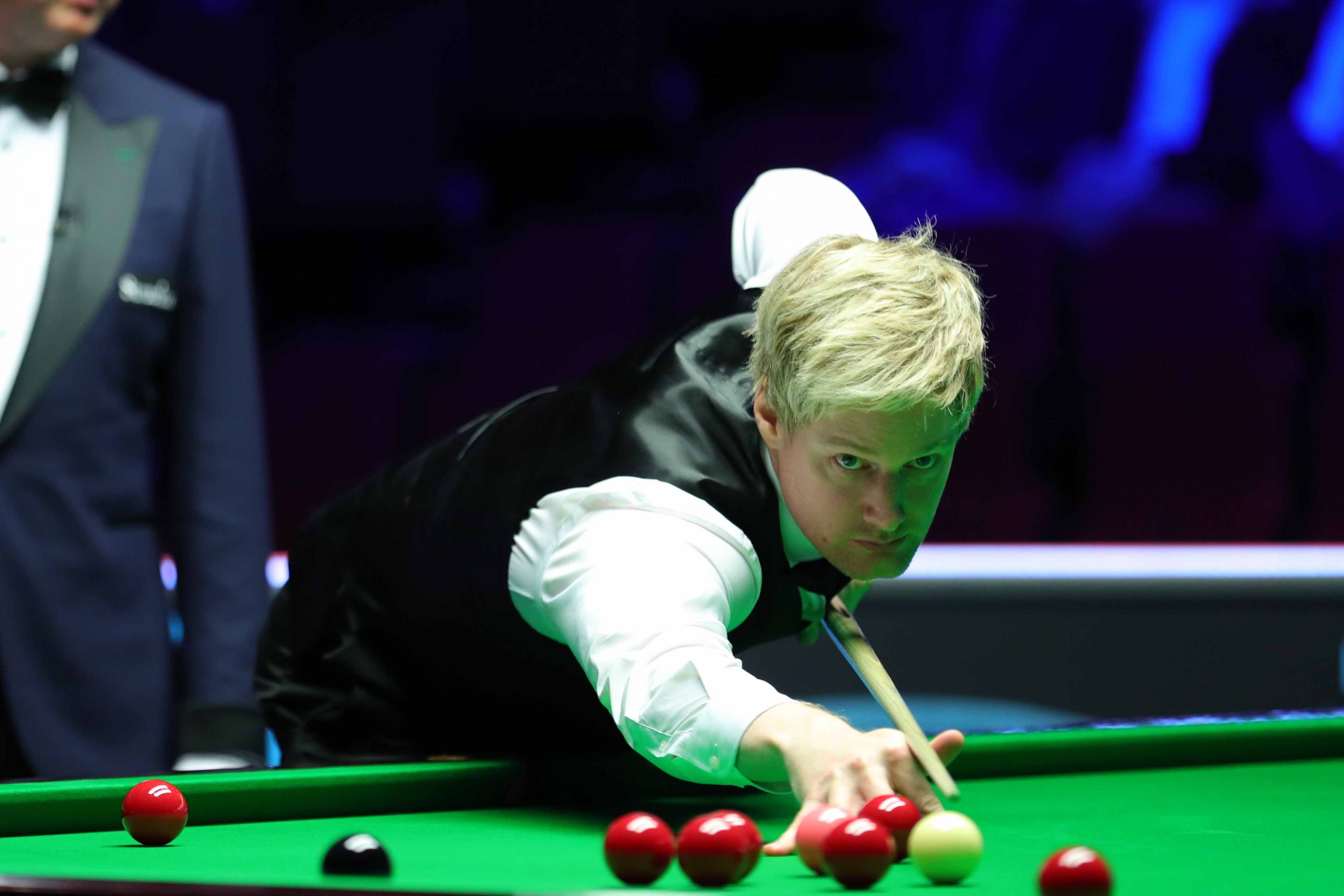 Masters champion Neil Robertson maintained his hopes of scooping the £150,000 BetVictor Series bonus, while UK Champion Zhao Xintong’s chances of the payout were ended on day one of the BetVictor Gibraltar Open.

Australia’s Robertson had to negotiate three matches to secure his place in the final day of play on Saturday, where the event will be played to its conclusion form the last 16 onwards.

Robertson, who won the BetVictor English Open earlier in the season, scored 4-2 wins over Liang Wenbo and Oliver Lines to set up a last 32 tie against Jamaica’s Rory McLeod.

He ensured his progression by crafting breaks of 61, 78 and 102 on his way to a 4-1 victory. Robertson’s next opponent on Saturday will be Jak Jones, who defeated BetVictor Scottish Open champion Luca Brecel 4-3 in the last 32.

Robertson must make at least the semi-finals to stand a chance of scooping the lucrative bonus, which will go to the player who has accumulated the most prize money across the eight counting events.

Robertson said: “This season has been awesome. My strike rate has been incredible and I have played really well with a good brand of snooker. That has been pleasing. I’m looking forward to the rest of the season with the Tour Championship, where I’m looking to defend my title and then the World Championship. Things are getting serious again.”

China’s Zhao had placed himself in a strong position in the series standings, after winning the BildBet German Masters in January. He got off to a good start today, with a 4-1 defeat of Jamie Clarke in the opening round. However, a 4-1 reverse at the hands of Chris Wakelin saw him crash out.

World number five Kyren Wilson booked his place in the last 16 thanks to a 4-1 defeat of four-time ranking event winner Ali Carter. Wilson dropped just one frame in his three matches and top scored in this evening’s tie against Carter with a run of 88.

The above report is inaccurate: Lyu Haotian is actually through to the final day, it’s Noppon Saengkham who was beaten by Soheil.

If I correctly understand the commentators, Zhao was one of the players sent back to Manchester, but he managed to come back in time for his first round match, and won that one convincingly: he had 5 break over 50 in beating Jamie Clarke by 4-1. In the late afternoon though he coudn’t pot a ball for his life… he was probably exhausted.

And the weather was acting up as well …

No it’s not photoshopped. This is called blood rain. The colour comes from red sand carried by the winds from the Sahara desert … and then falling with the rain.