Round three of the 2022 World Championship Qualifiers started yesterday and already there were surprises. This is the report by WST: 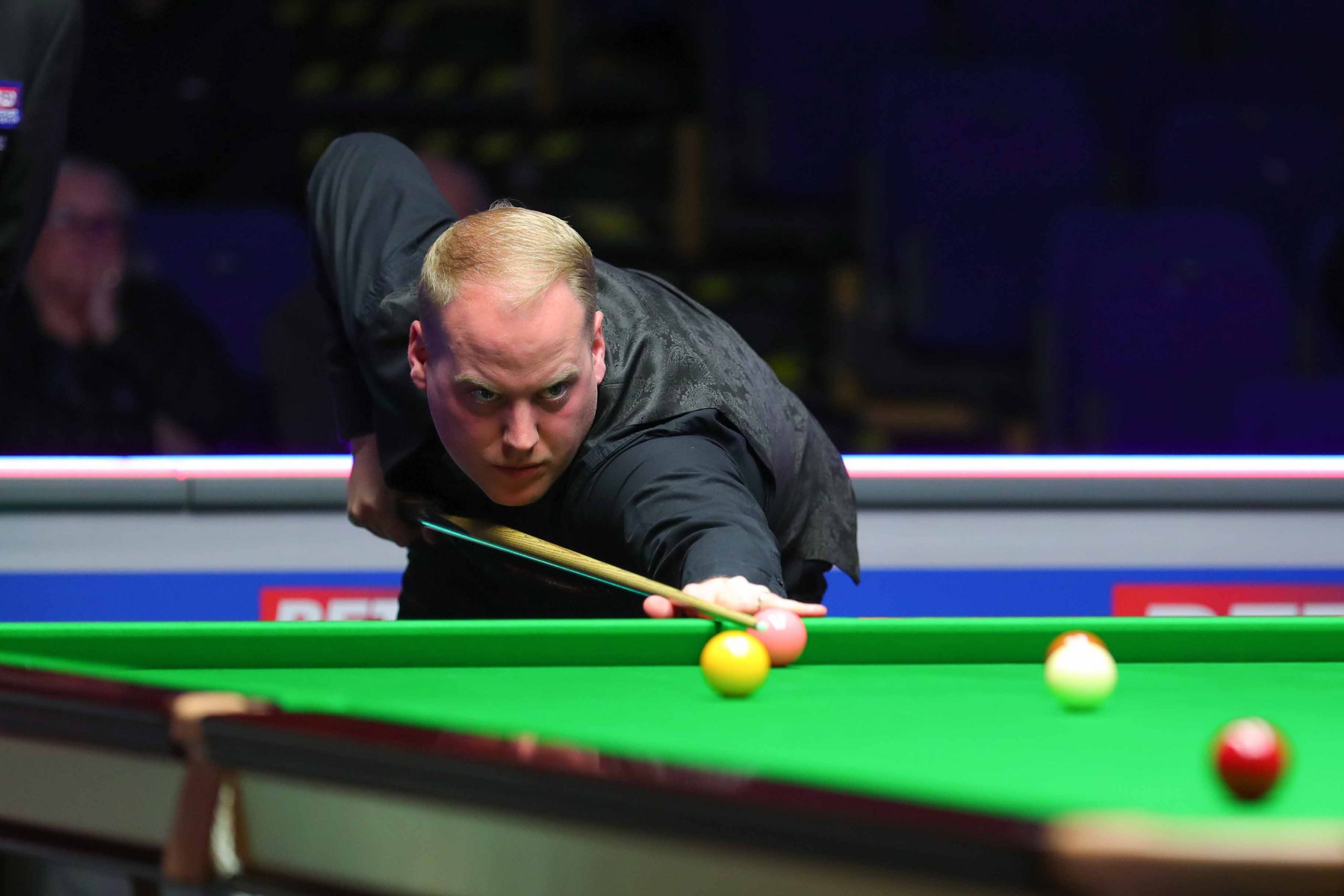 Allan Taylor is one win away from securing his Crucible debut after beating top Betfred World Championship qualifying seed Ricky Walden 6-4 at the English Institute of Sport.

World number 80 Taylor is battling for his tour survival this week and required a gutsy clearance to defeat Michael Judge 6-5 on the final black in the second round to avoid a certain trip to Q School. Today’s victory all but seals Taylor’s safety by virtue of his position on the one-year-list.

The Liverpudlian will now face Scott Donaldson on Judgement Day, who defeated Li Hang 6-5 on the final black. It will be the first time that Taylor has reached the final qualifying round, while Donaldson tasted success in this event back in 2019 when he earned his first Crucible appearance.

Defeat will act as a bitterly disappointing way for world number 17 Walden to end what has otherwise been a fine season. The three-time ranking event winner made four semi-finals and two further quarter-finals in a campaign which saw him get back closer to his best form. However, he will rue the fact that he even needed to qualify for the final stages this week.

A gut-wrenching defeat to Kyren Wilson in the semi-finals of the recent Gibraltar Open prevented Walden from securing an automatic Crucible spot by breaking into the top 16. Had he won the event, he would have also qualified for the Tour Championship as well as earning a bumper £150,000 series bonus.

A crucial moment in today’s tie came in the seventh frame. Taylor required a snooker on the blue and got it. He then proceeded to take out a tricky three-ball clearance, which was started with a superb long range blue. As a result, Taylor pulled within one at 4-3.

Taylor said: “It means a lot to beat a player like Ricky. I came here knowing I needed to get wins. I respect Ricky as a human being and as well as a snooker player. I knew I’d have to work hard at some point in the game to have a chance of putting him away.

“I was staring 5-2 in the face and I found something deep down. I thought that if it was my last poke I had to work hard for it. I got level at 4-4 and it was game on from there.

“You can see what it means to the lads walking out at the Crucible as a debutant. Hopefully I can go one match further. What it would mean would be total security. I am over the moon to be in Judgement Day. It is a fact of life that there is a best of 19 between me and the Crucible. I just have to knuckle down and try to get to 10 first.”

Stephen Maguire secured his place in the final qualifying round with a 6-3 defeat of China’s Zhang Jiankang. The Scot composed breaks of 108 and 100 on his way to victory.

He is aiming to extend a run of consecutive Crucible appearances which extends back to 2003. He faces Zhou Yuelong on Judgment Day, who defeated Zhang Anda 6-5 this evening.

Jordan Brown edged out 15-year-old amateur Liam Davies 6-5 with the clock well beyond midnight. Davies, who earlier this week became the youngest match winner in World Championship history, once again showed his considerable potential. However, it is Brown who progresses to the final round where he will face Michael White, who thrashed Mark King 6-1

Germany’s Simon Lichtenberg kept his hopes of tour survival alive with a 6-4 win over Wu Yize in their second round encounter. He will now face Iran’s Hossein Vafaei for a Judgement Day spot.

Lichtenberg is likely to need to reach the Crucible to retain his professional status, but he was at the top of his game this morning. Breaks of 60, 61, 73, 60 and 71 helped him on his way to the win.

When he potted the winning shot he roared out with joy and could be heard from the other side of the venue. It was two years ago that Clarke qualified for the Crucible remain on the professional circuit at the 2020 World Championship. He’s two games away from a return to the Theatre of Dreams and faces Gary Wilson up next.

It is indeed a very disappointing end of the season for Ricky. He will be gutted. But huge credit to “Pretzel” Allan Taylor: he did what he had to do and didn’t surrender to the highest of pressure.

Liam Davies definitely impressed. He’s only 15 but is very mature and masters all aspects of the game. He’s a much more complete player than some who are on tour and several years older than him. He works with Lee Walker. Lee might not be a top player himself, but he’s definitely a first class coach. He’s also a great person: when the first disability snooker event was held in Wales, Lee and Michael White traveled a long way to pay it a visit and both had time for everyone.

Speaking of Michael White, he’s obviously put the work in and seems to be back to form. I would be great to see him back where he belongs: on the main Tour.

Jamie Clarke’s roar attracted a lot of criticism on social media. It was a pure emotional reaction. It was sheer relief after a huge battle, a win he needed to keep his hopes alive to stay on tour. It was in no way aimed at his opponent. The only issue I have with this is that it might have disturbed someone on a crucial shot on another table. It was that loud. Having said that, David Grace had a similar reaction after beating Iulian Boïko and, as far as I’m aware, no one said anything about it.

I didn’t see anything from the Simon Lichtenberg performance but I’m well pleased for him and… to be honest surprised. I didn’t expect him to get this far. Well done Simon!