Kyren Wilson beat Barry Hawkins by 9-3 yesterday evening in Fürth to win the first “knock-out” ranking event of the season.

Truth to be said though, it was a very disappointing final, not just because the score was so one-sided, but because it was a bad match, really low standard. Mind you, the winner only had one break over 50 all day, a 56 in the 8th frame… that’s all, that’s poor. It happens. We all have bad days and yesterday both finalists had a bad day. They tried with all they had, they were frustrated, nothing came easily. They are only human and the German fans never stopped to support them.  Thank you Fürth! 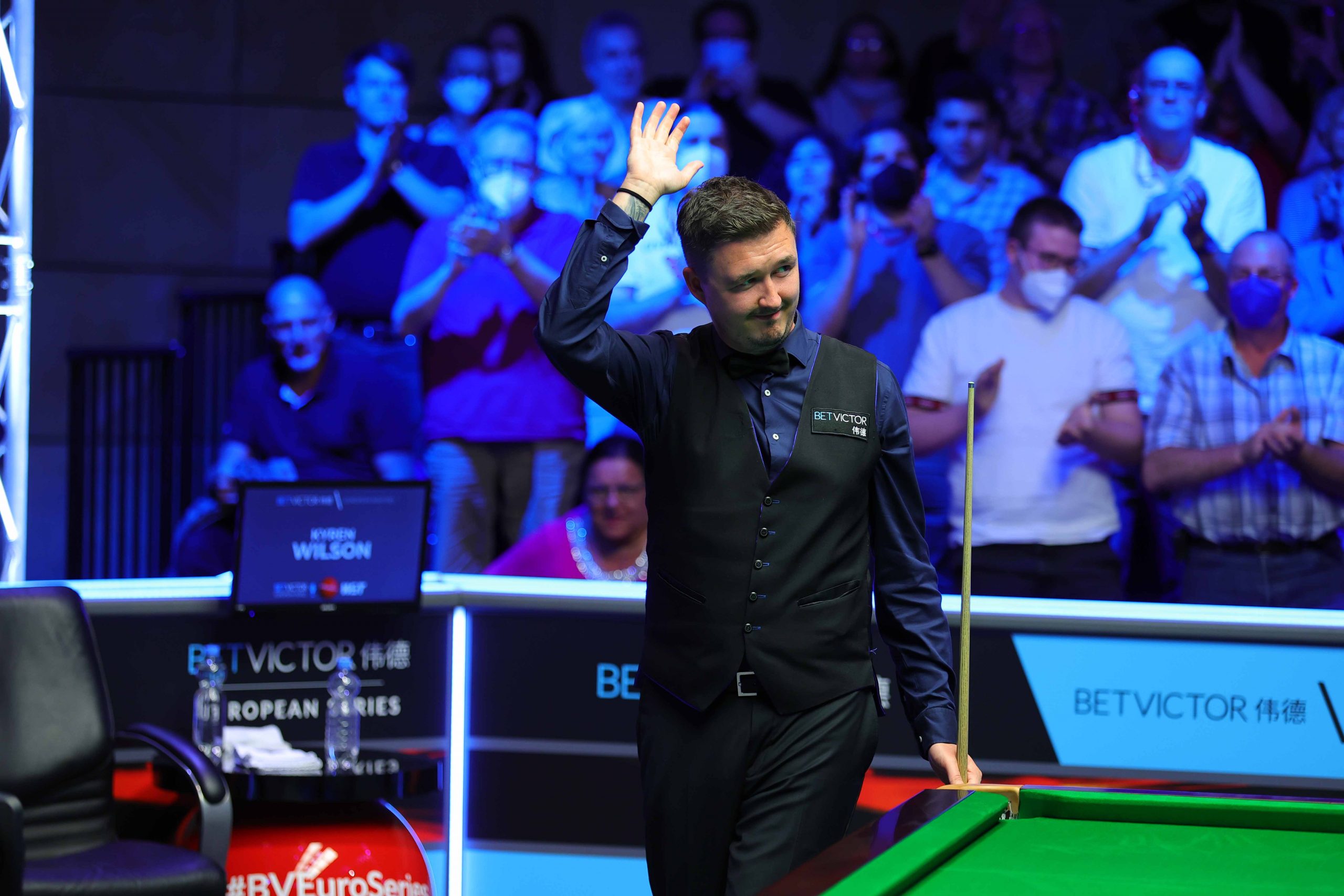 Kyren Wilson swept Barry Hawkins aside 9-3 to land the fifth ranking title of his career with victory in the final of the BetVictor European Masters at the Stadthalle in Fürth.

Germany is a happy hunting ground for Wilson, who has now won three of his five ranking tournaments here. Fürth in particular holds special memories for the Kettering cueman, as he also won the Paul Hunter Classic at the Stadhalle in 2018 and was runner-up in 2019. Tonight’s win ends a two-year ranking title drought for Wilson, which extended back to the 2020 BetVictor Championship League.

The £80,000 top prize catapults 30-year-old Wilson to the top of the BetVictor Series rankings. The player who accumulates the most prize money over the eight qualifying events will land a bumper £150,000 bonus. Victory will also see Wilson move from eighth to sixth place in the world rankings.

Hawkins has now lost his last four ranking finals, as well as suffering defeat in the title match of the Masters last season. The Londoner last lifted ranking silverware at the 2017 World Grand Prix. He leaves Bavaria with the consolation of the £35,000 runner-up prize.

It was Wilson who emerged from this afternoon’s play with a commanding 6-2 advantage, leaving him needing just three frames for the title.

Wilson extended his cushion by taking the first of the evening on the black to move five ahead. However, Hawkins showed his resilience by taking the tenth to keep himself in contention at 7-3. It was to no avail, as Wilson claimed two on the bounce to get over the line.

“We both lost our timing today. You’d have to say we are the two form players of the week, we’ve produced some great snooker. It just didn’t quite happen today in terms of the standard. I set my mind on winning ugly. It was all about getting the trophy today and I was really pleased to do that,” said 2020 Crucible finalist Wilson.

“I enjoy that I am appreciated here in Germany. That may sound silly, but every shot here produces a rapturous applause. The crowds always turn out in their numbers here. I always perform my best when the atmosphere is good and when I feel like I’m wanted.

“This is the first major ranking event of the season. To get it under my belt early makes me feel like I can settle and I can kick on. Once you’ve banked one you hope it could pave the way for a few more, but it is just about enjoying this one tonight.” 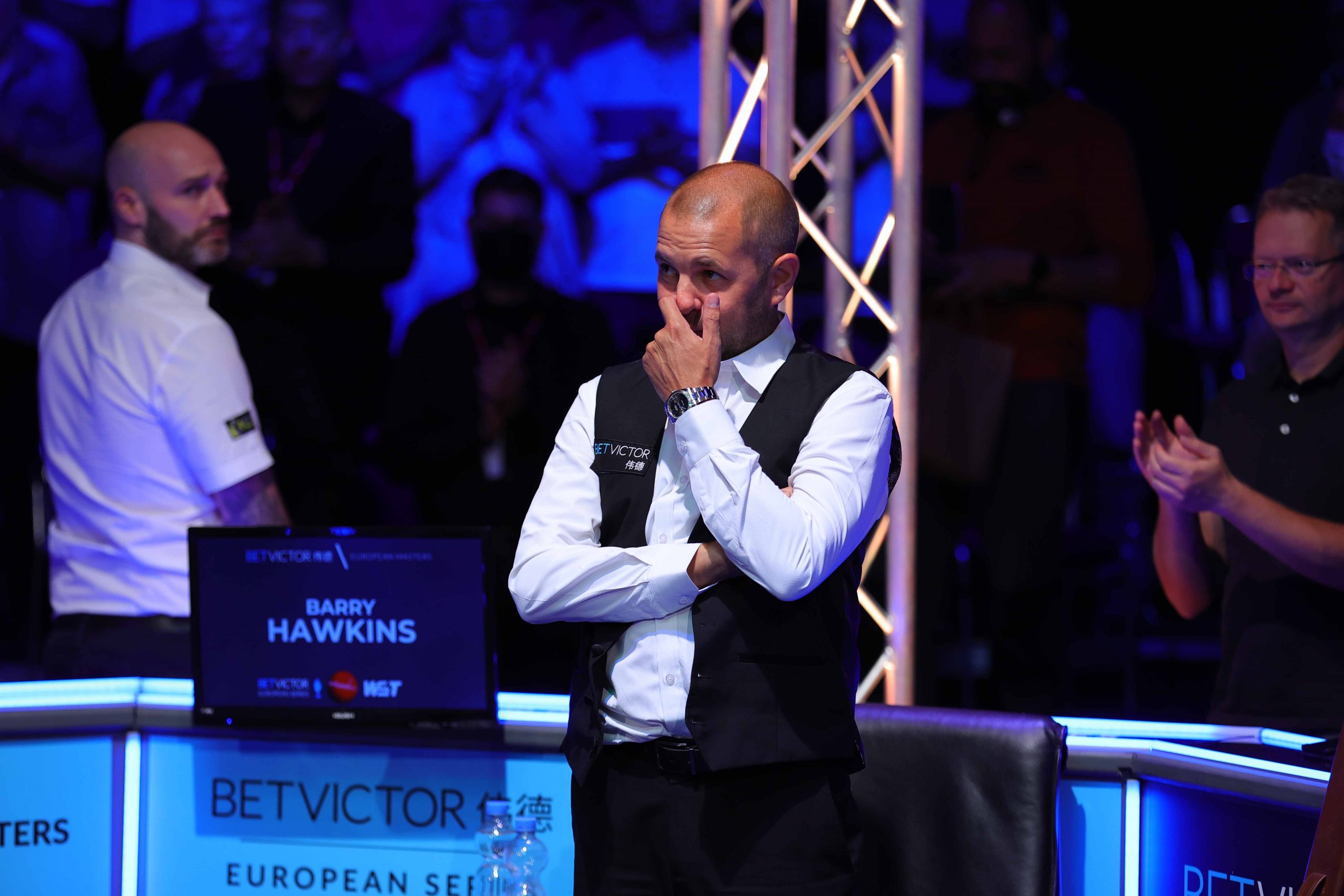 Hawkins said: “I am very disappointed. It was a struggle all day and the way the match went it could have been 9-3 to me. I wish it was. Kyren stuck to his task and picked me off. It was a bad day. You know it is bad when you are playing for reds that don’t even go.

“The atmosphere is always good in Germany. The fans here are very enthusiastic and the players love coming here. We always get well supported and we really appreciate it. Please keep coming in the future.”

The claim by Barry that it could have been 9-3 to him may look crazy, but it’s true. He had several opportunities in every single frame. He never managed to click into gear.