The 2022 IBSF Youth World Championships in Bucharest, Romania, concluded yesterday and Liam Davies was the star of the event as he managed to win all three “main” events: the under-16 event, the under-18 event and the under-21 event. This had never been done before.

The Women’s game is conquering new territories. They are competing in the USA for the first time. Today is the last day of the event, and here is what happened so far:

Just eight players remain at the inaugural US Women’s Snooker Open following the conclusion of the group stages with the winner set to be crowned on Sunday at Ox Billiards, Seattle.

The historic ranking event is the first ever World Women’s Snooker Tour competition to be held in the United States, with players from the US, Canada, England, Germany and China among the field.

It has been a strong start to the competition for the European contingent, with all five players having progressed to the knockout rounds. Top seeded trio Rebecca Kenna, Emma Parker and Jamie Hunter secured progress without the loss of a frame, while Mary Talbot-Deegan and Germany’s Diana Schuler also reached the last eight as group runners-up. 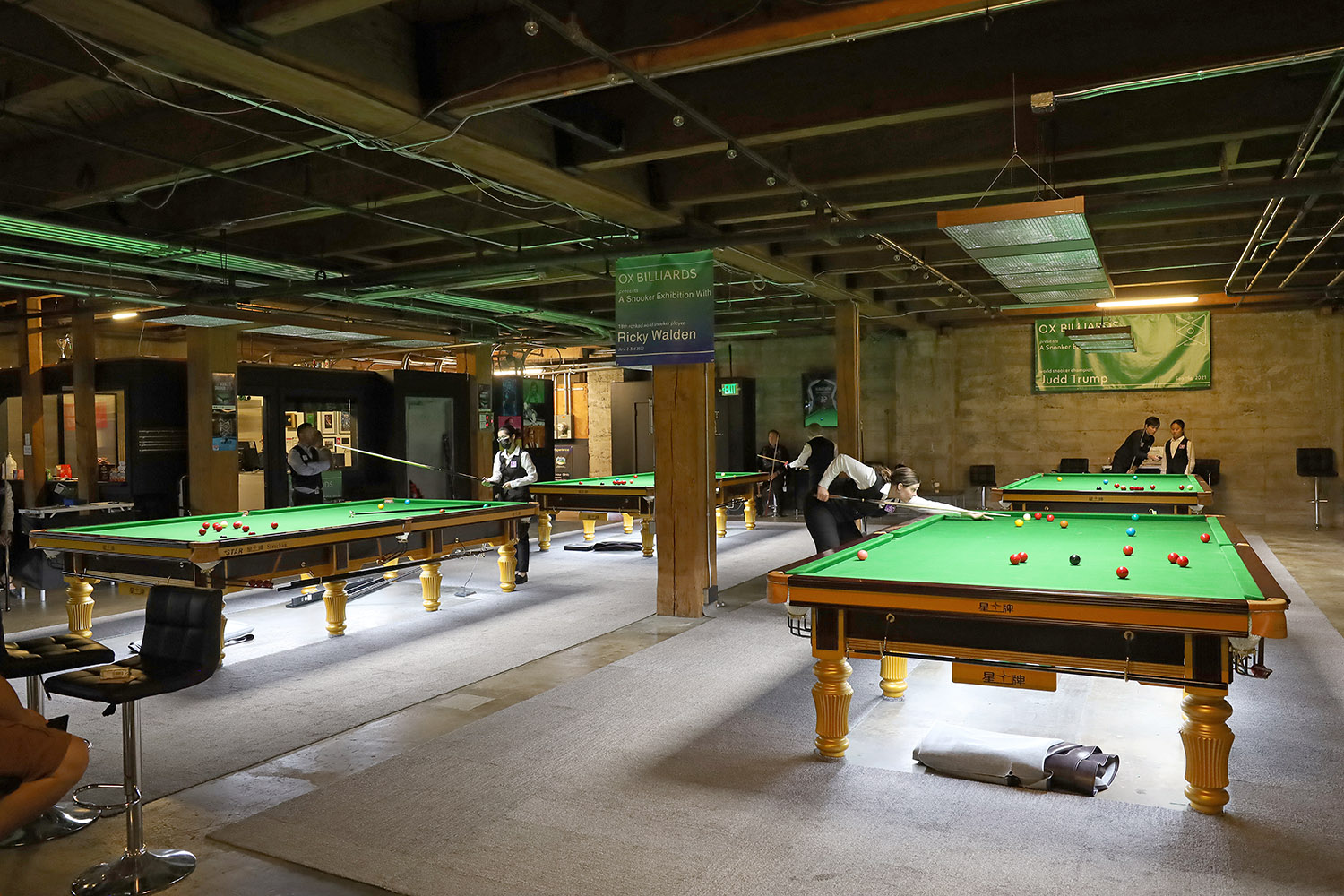 Joining the five currently ranked players in tomorrow’s final rounds are Jing Liu (who was born in Beijing and relocated to Seattle in 2013), as well as Frances Tso and Mary Avina of the United States. Both Tso and Avina advanced as the two best third places, with the latter having defeated Marissa Du in a dramatic single frame play-off to seal the final place in the quarter-finals.

The quarter-finals are due to begin at 11am, to be followed by the semi-finals from 3pm and the title match from 6pm local time.

The tournament concludes on Sunday, with the semi-finals and final to be live streamed via the Ox Billiards Facebook, YouTube and Twitch channels.

And some images shared on social media

Matt Huart has shared many more photos on social media, notably on Facebook.

I watched a bit of the action. The event has a really good vibe. The standard of the American players is not very high, and this was to be expected. They are however very enthusiast and positive. The whole idea is precisely to motivate existing players to improve, and new players to start playing and an event like this one is exactly what is needed. Bex Kenna is the only professional player who made the trip and she deserves a lot of praise for that because she had no rest time whatsoever after playing in the Northern Ireland Open qualifiers. She had to rush but she is in Seattle, playing and commentating. Well done Bex!