Reanne Evans and Rebecca Kenna have shared their thoughts, expectations and emotions ahead of the coming Mixed Double event.

Rebecca, who has been practising with Mark Selby, spoke to WST: 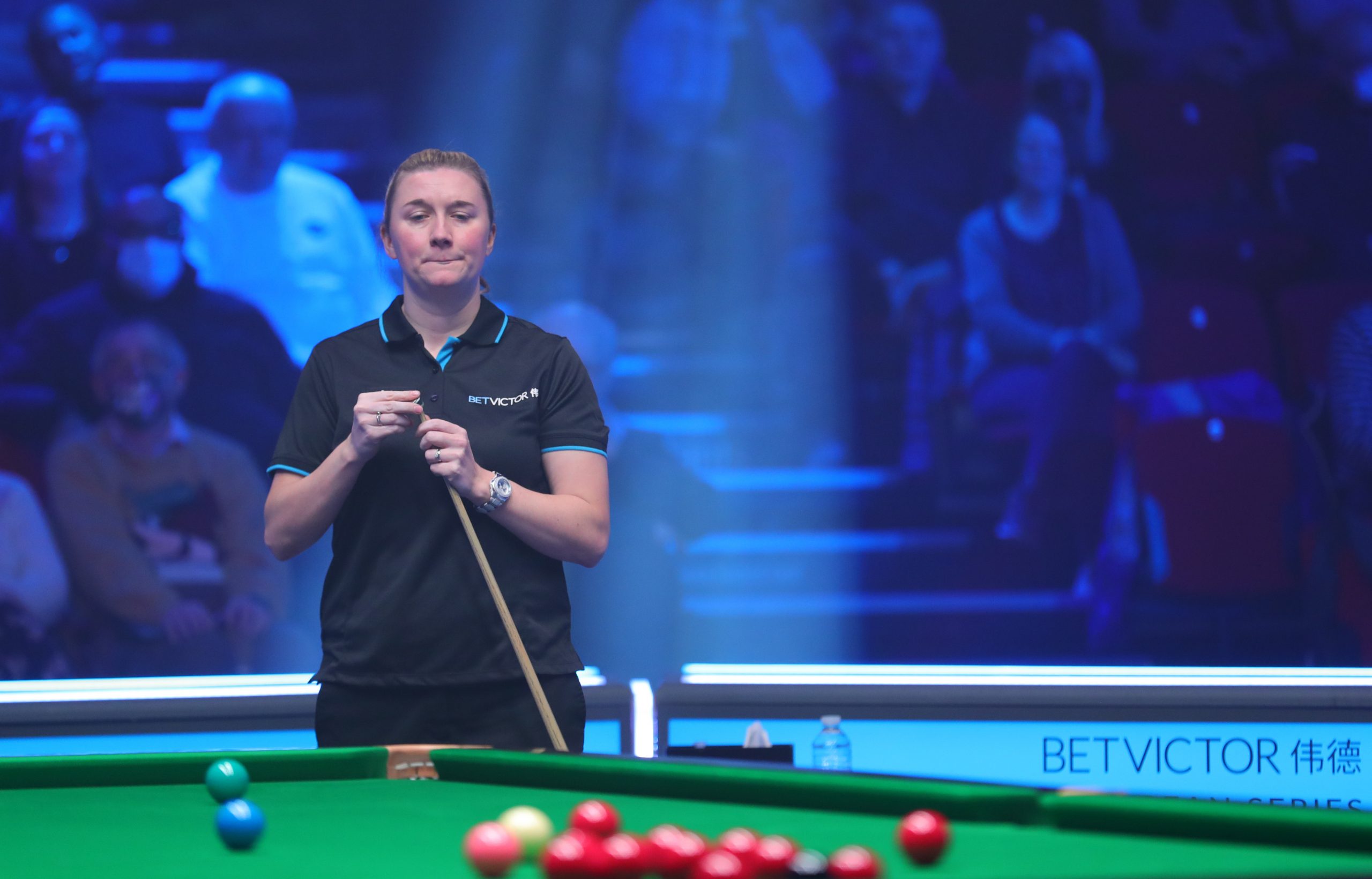 Rebecca Kenna is hoping this month’s BetVictor World Mixed Doubles event in Milton Keynes can “inspire” a generation of young girls across the country to pick up a cue.

For the first time, the four women on the World Snooker Tour will be playing live on ITV. The event also marks 40 years since the network broadcast the inaugural World Doubles Championship back in 1982.

“It’s just so fantastic that it’s on the main ITV channel because I never saw any women playing snooker on TV growing up,” said Kenna. “If I’d have seen women playing in a mixed doubles event with the world’s top four, as a five-year-old, I would have gone, ‘wow, I want to do that now!’ It’s a great incentive to see us on there. Hopefully, it does inspire some young girls to become professional snooker players and get the chance to play alongside those greats on live TV.

“There’s also going to be a great incentive to join the women’s tour and get into that top four. And you never know, it might grow to a top eight and top 16. The tour might grow hugely from this and get more sponsorship, more players, better quality. Everything can then go in the right direction.”

Kenna will partner four-time World Champion Mark Selby for the event, in what she described as a “perfect” duo. But it won’t be the first time she has played in a team. Born in Keighley, just outside of Bradford, Kenna regularly played at The Liberal Club as a young girl with her dad by her side. Now 33, she hopes to lean on these experiences.

“My dad was actually a big fan of Mark Selby. He unfortunately passed away in 2015. So it would have been really nice for him to see this. But, I hope he’s watching somewhere,” she said.

“We used to play at club level and we never got nervous playing. But when he played with me, he’d say, ‘I’m a bit nervous, I wanna play well for you.’ And I’d say, ‘just relax, there’s no point in being stressed about it.’ So there is no point putting pressure on yourself or anyone else because there are other pressures. People watching on TV, people watching at home and in the crowd. If you have any external pressures on your shot, you’re not going to play very well. You just need to relax and play your own game.”

Kenna heads into the event with momentum. A run to the final at the recent US Women’s Open in Seattle saw the women’s world number four not drop a frame in six matches before coming unstuck in the final against Jamie Hunter, losing 4-1.

While Kenna admits she didn’t deserve anything other than finishing second in the final, she enjoyed the experience of playing Stateside.

“I loved Seattle,” she said. “There was a really good quality stream, with a commentator. People watching could get involved and talk back to us, they even had some players on commentary. They did really well trying to advertise it over there and it grew some new interest. Hopefully, more clubs might start to put snooker tables in their areas and not just play pool. But it was a really good experience. I hope we can go back in the future.”

Just over two weeks have passed since Kenna returned from across the pond. A quick scan of her internal to-do list and she remembers she needs to check in on her shop, Cue Sports Yorkshire. Amongst practising, securing another sponsor and picking up a new car, Kenna found the time to make the journey down the M1 to meet the Jester from Leicester himself.

For the tournament, the rules state each player will take alternate visits to the table, rather than alternate shots, and Kenna admits the tactical side of the game is something she and Selby have discussed.

“We’re not going to overthink it with who’s following who,” said Kenna. “We’re just going to play our own game and hopefully do well. You’ve got to take your chances and play the right shots.

“The four men are all legends. And obviously, we know that they can score so heavily. So it might be on my mind that I don’t want to leave anyone anything. I don’t want to give them a sniff, because that might be the end of the frame. So I’ll be trying to pick out the best shot to play. If I’m in, try score, and if there isn’t a shot on, try play the best safety I can.”

Those first quotes by Bex are very significant. I have written this many times: snooker, like all sports, is a number game. Girls need to see women play on the big stages to be inspired. Exceptional talents are … exceptional. The chances to identify one in a small “population” – which “female snooker players” currently is – are extremely low. Get more girls to play, make them feel welcome and the standard will improve.

Reanne Evans admits there were some mixed emotions when she was partnered with Ronnie O’Sullivan for the World Mixed Doubles as performing in front of the greatest player of all time brings some pressure with it.

The brand new tournament starts on 24 September and sees the top four male players in the world team with the top four female players, which has obviously produced some exciting pairings.

Judd Trump teams up with Ng On Yee, Neil Robertson is paired with Mink Nutcharut and Mark Selby partners Rebecca Kenna, but Ronnie and Reanne is undoubtedly the highest profile team.

Clearly Evans was delighted to be drawn alongside the current world champion and world number one, but she admits it does come with some pressure as well as she doesn’t want to let the Rocket down.

‘Mixed emotions,’ Evans told WST on being paired with O’Sullivan. ‘I was like, you’ve got the best player in the world, the best player ever to pick up a cue, in my eyes. But then you’ve also got to perform in front of him as well!

‘He’s a great guy and I’ve had the privilege to play with him and against him in Snooker Legends and exhibitions.

‘Hopefully it’ll make me a little bit more relaxed because I’ve been there and done it. Obviously not on TV in a proper match, but I’m looking forward to it and hopefully he is too.’

Whoever Evans was paired with, the team element of snooker is very different to a normal match and it does pile the pressure on.

‘I used to play league competitions with a team, you’re not just playing for yourself, its a different mindset, a different pressure,’ she explained.

‘If I miss I’ve let myself down normally, but now I’ve let Ronnie down, let my team down It’s a mix of pressures and emotions. But I’m looking forward to it, it’s exciting and a really good format.

‘I’m just going to go out there and try and enjoy it as much as I can, then hopefully we can win the thing, but it’s a flip of a coin. Anyone can win it, so I’m just looking forward to it.’