Skip to content
HomeDay 2 at the 2022 Champion of Champions

It really was a “tale of the unexpected” yesterday in Bolton, as Fan Zhengyi emerged the winner of Group 3. 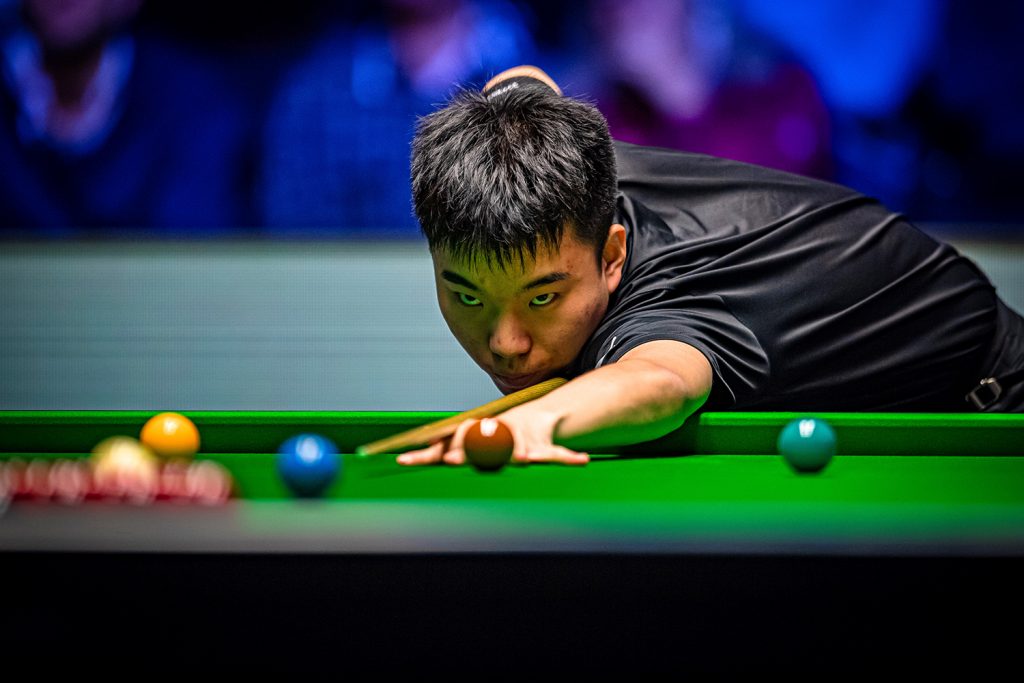 Fan Zhengyi reached the semi-finals of the 2022 Cazoo Champion of Champions by beating Ryan Day 6-5 in the Group 3 final at the University of Bolton Stadium, Bolton live on ITV4 in the UK and on broadcasters worldwide.

Fan’s debut at the tournament couldn’t have gone much better. The youngster overcame Cazoo Masters winner Neil Robertson 4-3 to start the day’s action.

Day returned to the tournament after claiming his biggest title win to date at the British Open last month and the Welshman continued his imperious form with a gutsy display that saw him dispatch European Masters champion Kyren Wilson 4-3 in the afternoon.

The group final began at some pace with the mid-session interval reached in just under an hour as both Day and Fan moved through the gears. Fan made 135 in the opener, but Day replied with 87 in the second then eased into a 3-1 lead. Fan came back out firing after the interval with 130 and 52 to pull level at 3-3.

Fan was fearless when clinching the European Masters crown earlier this year, beating Ronnie O’Sullivan in the final. And the Chinese ace edged ahead tonight with a run of 68 for 4-3. The next two were shared, then Day’s break of 93 made it 5-5. Runs of 36 and 30 helped Fan take the last frame and he returns on Saturday against the winner of Group 2 consisting of O’Sullivan, Zhao Xintong, Robert Milkins, and Mink Nutcharut.

In fact, every match was won by the “underdog” as Philip Studd would put it.

After the first match, Neil Robertson insisted that he had no complaints. He was beaten by the better man on the day and he praised his young opponent.

Fan also impressed the commentators. Phil Yates in particular almost became “lyrical”! Someone should tell him that Fan’s poor tally in centuries is the result of Fan’s refusal to make them. Until recently he deliberately avoided centuries… Phil obviously has no clue about that.

What is definitely clear is that Fan thrives on the big stages. Some players freeze, he’s inspired! And he handles deciders well.

Ryan Day has always got the ability and talent to be a top player. His temperament let him down at times. It wasn’t the case yesterday.