Skip to content
HomeDay 3 at the 2022 Champion of Champions 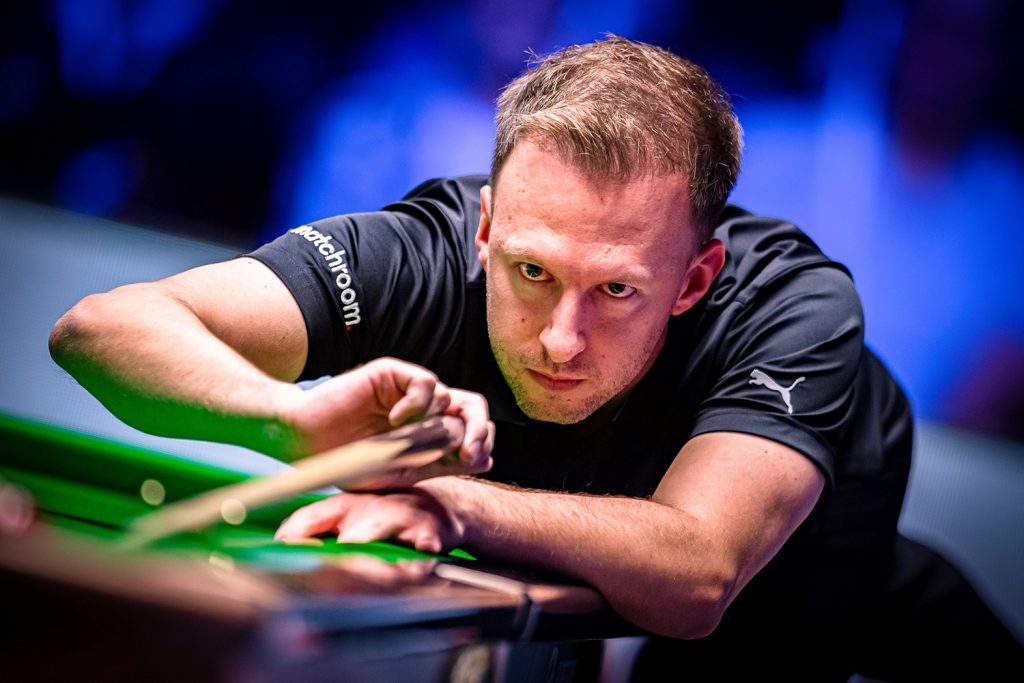 Judd Trump’s defence of his Cazoo Champion of Champions title continued as he overcame Luca Brecel and Mark Allen to book his place in Friday’s semi-final at the University of Bolton Stadium, Bolton live on ITV4 in the UK and on broadcasters worldwide.

The Ace in the Pack took the afternoon with relative ease as he stepped past the Scottish Open champion Brecel 4-2 while Allen got the better of Welsh Open winner Joe Perry by the same scoreline to set up a blockbuster evening clash.

Trump was quick out the blocks in the group one final to take the opener with breaks of 58 and 54 to leave Allen frozen in his chair. The momentum was in Trump’s favour as he soon made that 2-0 with a contribution of 78 in the second and then 64 in the third. Allen was in trouble but the first century of the match got him back to 3-1.

After the break, it was much more of the same from Trump who only dropped five frames in the whole of last year’s tournament. Trump was free-flowing as he made 104 in the fifth and 79 in the sixth for 5-1. And he rattled in a final break of 79 to complete his work 6-1.

“It was a good standard,” said Trump. “Even in the frames where Mark got in first I managed to get in and clear up. It puts a lot of pressure on. When I got in, I was scoring heavy. It was nice to replicate what I have been doing in practice out there in such a special tournament. It will be amazing to play Mark Selby next. It’s a mouth watering match. It’s something when you come into this tournament it’s all the top players who have won events. I think that’s what drives me and inspires me to play well.”

Trump’s win sees him set up a tantalising semi-final meeting with Mark Selby on Friday evening. Before then, Ronnie O’Sullivan meets Robert Milkins and Zhao Xintong will take on Mink Nutcharut to determine the last semi-finalist from Group 2…

Judd looked really unplayable at times yesterday, particularly in the evening. I missed the first hour of the evening match, but what I did see was scary good.

In the afternoon, Luca had made it easy for Judd. Luca can play much better than that but lack of consistency remains a major issue. Allen also had scored heavily in the afternoon, and he made a century in the only frame he won in the evening, but to score you need to be at the table …