Skip to content
HomeDay 5 at the 2022 Champion of Champions

Judd Trump booked his place in the 2022 Champion of Champions as he beat Mark Selby yesterday evening by 6-3. Here is the report shared by WST:

Trump Into Champion Of Champions Final 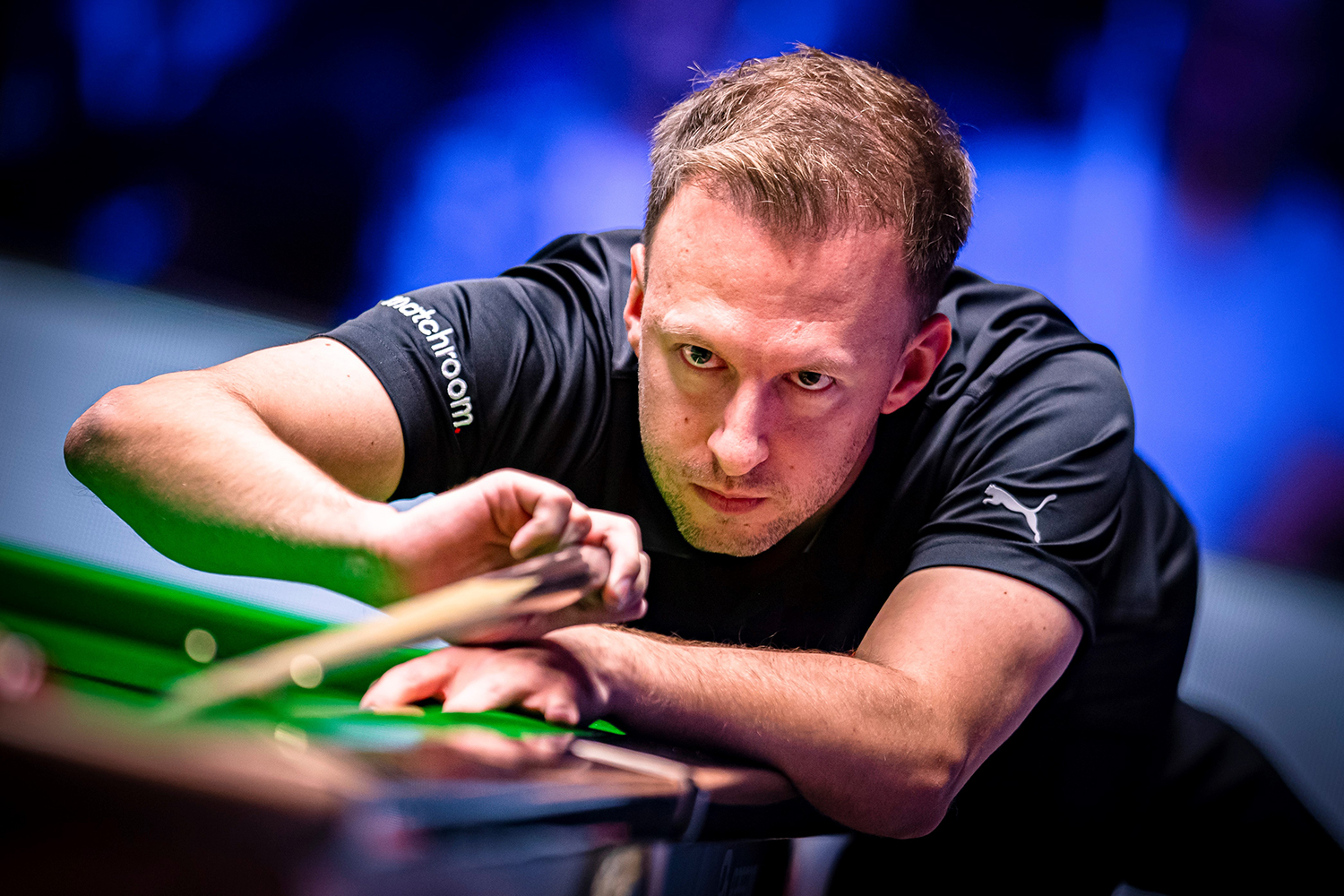 Judd Trump reached the final of the Cazoo Champion of Champions by beating Mark Selby 6-3 at the University of Bolton Stadium.

In the first meeting between the pair in a ranking event since 2019, it promised to be an enthralling night in Bolton. Trump took the first frame with relative ease, making 89 to leave Selby in his chair. Selby came back to take the second though and restored parity at 1-1.

Trump’s took the third to regain the lead, before heading into the interval with a two frame cushion after a smart break of 74 made it 3-1. Some real quality was shown from both at the restart, as Selby found his groove to make 66 to trail by one.

The sixth frame was full of everything the fans in Bolton had come to expect of the contest with precision safety play from both on show with the yellow subject to plenty of table miles in the process. Selby did edge it though, to level back at 3-3.

A beautiful splitting of the pack from defending champion Trump in the seventh opened up the table for a break of 83 which saw him edge ahead.  The best was still to come from Trump who would be sending the crowd home happy with a break of 114 to green moving him one away from the final. He then claimed the ninth frame to get over the line a 6-3 victory.

“It was a tricky game. It always is against Mark. At times, I managed to get a good lead at 3-1 but after the interval, I played a bad shot and I let him in straight away. He was able to dictate the game from then and then he fluked the ball at 3-2. Against the best, it’s always best to keep a two frame cushion, you feel a little more comfortable. It was important for me to get the balls open, the frames were starting to go slow. I felt I had to start to dictate play and break the balls up (the seventh frame),” said Trump.

I will look forward to another amazing final. This is a tournament I love playing in. I love coming here. The atmosphere is always brilliant. The crowd is brilliant. It’s nice to be involved in the final again.”

Tomorrow’s semi-final sees Ronnie O’Sullivan meet Fan Zhengyi for the chance to play in Trump in Sunday’s best of 19 final.

Judd Trump was the better player but Mark Selby is always tough to beat and he made his opponent work for it. There was a crucial moment in frame 7: Mark Selby “missed” a black, although it would be more accurate to say that he did put the black in the pocket, only to see the ball jump out again. Mark looked bemused, and, to be fair I felt that way as well. From the image on TV the ball looked “centered”.

And punish he did… The defending champion is in the final and will face either Ronnie or Fan Zhengyi who beat him in the European Masters final last season.

Hector Nunns has been speaking with both players.

Ronnie O’Sullivan will look to avenge one of the biggest shock defeats in snooker history against Fan Zhengyi in their Champion of Champions semi-final on Saturday night.

The Rocket thrashed China’s reigning UK and German Masters champion Zhao Xintong 6-1 on Thursday in the group final – after earlier that day seeing off Robert Milkins 4-2.

And the world No1 will now face the 21-year-old Fan who stunned his idol O’Sullivan with a 10-9 success in the final of last season’s European Masters in their only career clash to date.

Record seven-time and reigning world champion O’Sullivan, 46, is looking to win the event bringing together the past year’s tournament winners for a fourth time.

After that final loss in February O’Sullivan hailed world No37 Fan as “brilliant player” and tipped him as a future world champion.

Fan admitted that it had been a dream just to play the Rocket in a showpiece occasion – let alone edging him out in a dramatic final-frame thriller to lift the trophy. But he left an indelible impression on his illustrious beaten opponent on that famous night, and that hard-earned respect adds to the intrigue ahead of their second meeting.

O’Sullivan said: “I suppose Fan is one of those players who does have a winning record against me – having won the only time we have met, and that coming in a final.

“I saw him up close over 19 frames in that European Masters final and I thought he was a fantastic match-player – sort of a cross between Yan Bingtao and Zhao Xintong.

“He has got the safety game of maybe a Yan, but then also the flair of a Zhao as well. So I was really impressed with him on that occasion, and then also with what I have seen of him in his matches so far in Bolton this week.

“He knocked in a couple of 90 breaks against Neil Robertson to win from 3-2 behind, and then produced when it mattered again to beat Ryan Day.

“He looks to be one of those players who actually enjoys a big stage and the pressure situations rather than be daunted by them – those are assets, and he is a very good player and I am impressed by him. I hope he continues to develop, and that will be good for the game if he does.

“You can tell if your opponent is enjoying the big stage rather than being frightened by it out there. It’s hard to put your finger on exactly what it is and how you know – but you just do. I guess it is the composure they show going for the big shots, and then executing them.

“If someone has got good composure, takes their time to settle and doesn’t rush things, doesn’t look too hurried it juts tells you that they are in control of what they are doing.

“I do think the young Chinese lads are all pushing each other on a bit – definitely. Victoria’s Academy is producing champions. It’s like the Kenyan runners – they train together and push each other on. With the Chinese snooker boys they are becoming better players because of the regular practice and the competition, plus the success being enjoyed.”

Meanwhile Fan insists that the huge confidence boost he received from claiming that unexpected final success against his boyhood hero will means he will not be overawed for the rematch.

Fan, yet another ranking title winner to emerge from the Victoria’s Academy set-up in Sheffield, said: “Of course I have great memories of that European Masters final night.

“It wasn’t just the feelings after beating Ronnie and winning the title and lifting the trophy – it was what it did and is still doing for my belief and my whole career.

“The special thing about it was just playing  against Ronnie for the first time on such a big stage and on such an occasion, so winning just made it the best feeling ever.

“I played very well on the night – but I have never stopped practising hard and learning, and I am really looking forward to taking him on again on Saturday night.

“I have looked back at the video a few times and I see different things every time that maybe I could have done. And there is no doubt that it is inspiring being one of many good players winning titles at Victoria’s Academy. You see them win, and you want to do the same.”

It would be a huge mistake to underestimate Fan today. He played well to win his group and he knows that he can beat Ronnie. But Ronnie will know that too and hopefully will be feeling fresh. For some reason, he looked jaded in that final.