Skip to content
HomeGary Wilson is the 2022 Scottish Open Champion 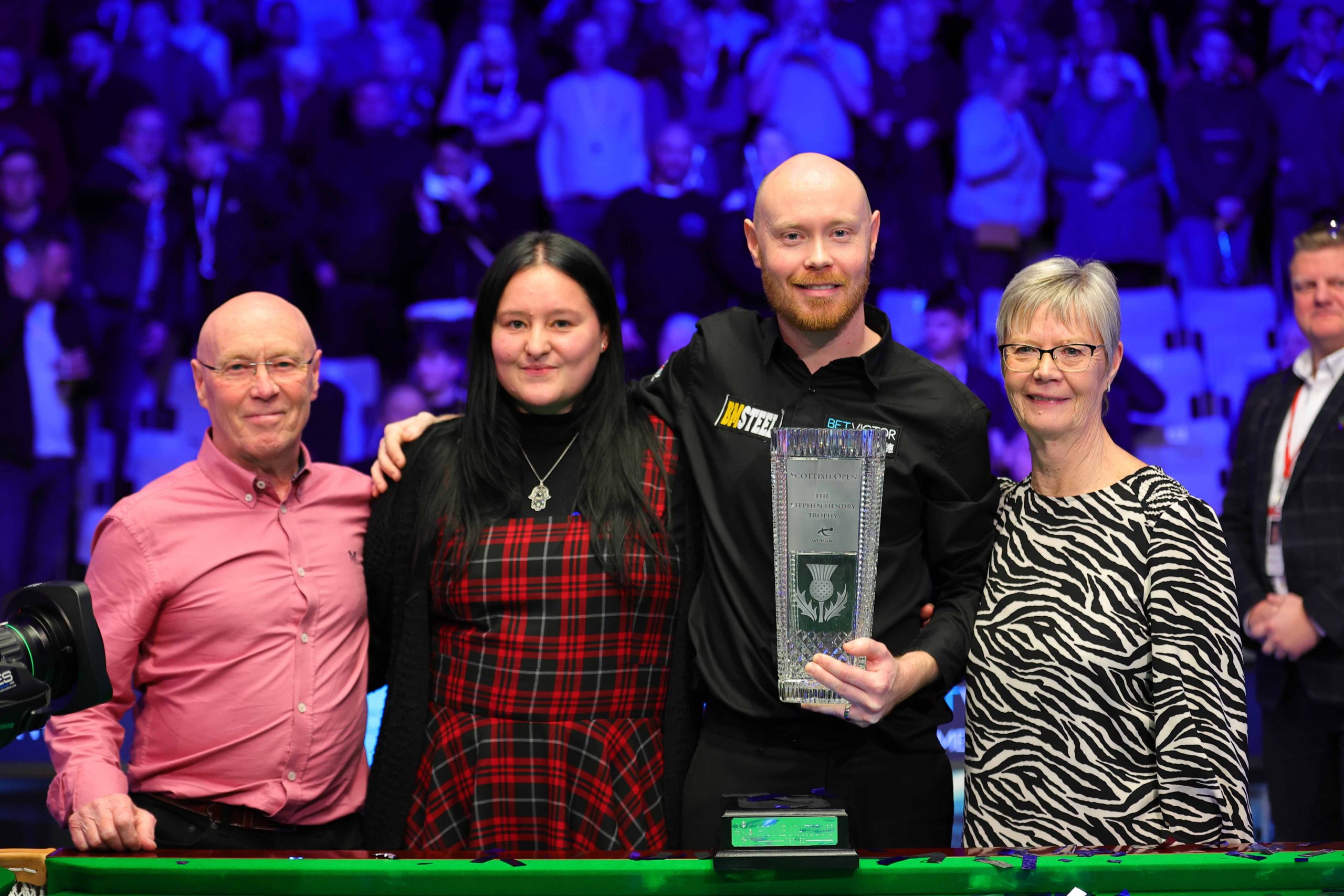 Gary Wilson won the last six frames in a row as he beat Joe O’Connor 9-2 in the final of the BetVictor Scottish Open, to capture his first ranking title 18 years after turning professional.

The Wallsend cueman first appeared on the World Snooker Tour in 2004, after winning the World under-21 championship. Since then he has competed in two ranking finals, suffering defeat at the 2015 China Open to Mark Selby and the 2021 British Open against Mark Williams.

Wilson also graced the hallowed single table setup at the Crucible in 2019, following a fine run to the World Championship semi-finals. The 37-year-old beat Luca Brecel, Mark Selby and Ali Carter, before losing to eventual winner Judd Trump. Those near misses made this evening’s emphatic triumph taste all the sweeter.

Wilson pockets a top prize of £80,000 and will now move up to 18th position in the world rankings. It also catapults him to second place in the BetVictor Series, where the player who accumulates the most money over the qualifying events will scoop a bumper £150,000 bonus.

O’Connor’s first foray into a ranking final ends with disappointment. The 27-year-old has spent four seasons as a professional and enjoyed the finest run of his career thus far.

He dumped out a star studded cast across the week, beating Zhao Xintong, Ding Junhui, Mark Williams and Ricky Walden to make the semis. O’Connor then scored a sensational 6-3 defeat of 2010 World Champion Neil Robertson. He leaves Edinburgh with the consolation of the £35,000 runner-up prize. 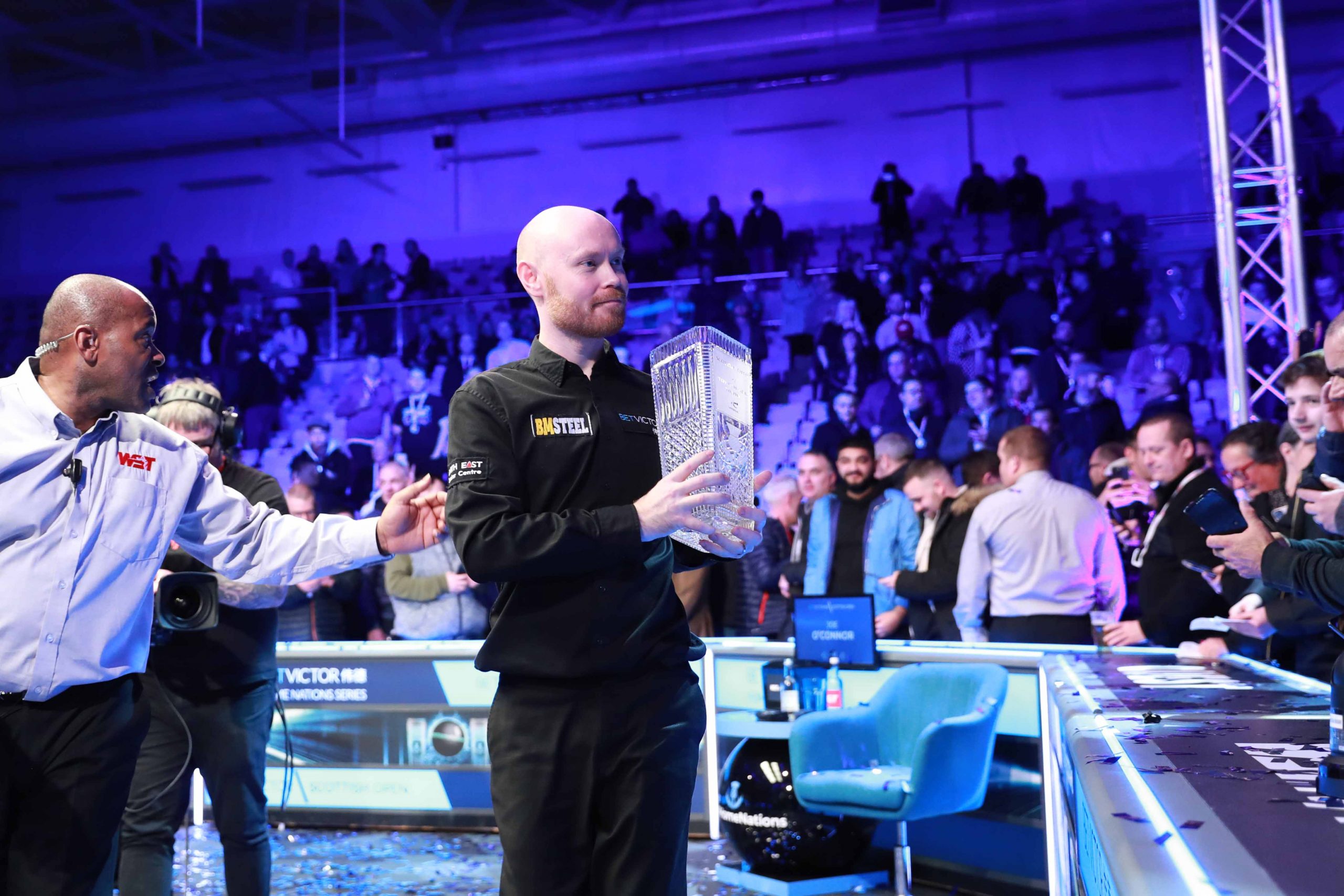 Much of the damage was done in the afternoon session, where Wilson clinically moved to a 6-2 lead and punished any errors made by his opponent.

Wilson took the first frame this evening, before crucially stealing the next on the black to move one from the win at 8-2. He wasted no time getting over the line, firing in a match winning break of 94 to capture his first major title.

“It means the world. Many times over my career I’ve thought I would never get to this stage. You watch people do it on the telly and it seems harder and harder. It is getting harder. The standard is so good,” said an elated Wilson.

“It is unbelievable to think that after the career I’ve had, which has been so up and down, I’ve finally won a tournament. I’ve fulfilled a lifelong ambition from when I was eight years old, I’ve done it.

“I purposefully tried to put no expectation on myself. I’ve been in a couple of finals and lost situations in matches where I should have won. Even at 8-2 you are still thinking the worst could happen, but you are concentrating and plowing on to the line. It is just something that I have learned to do over the years. After so many years of defeats you learn to accept anything that comes.

“I reckon you can get about six or seven pints at least in this trophy. So I am going to give that a go tonight and see what happens.” 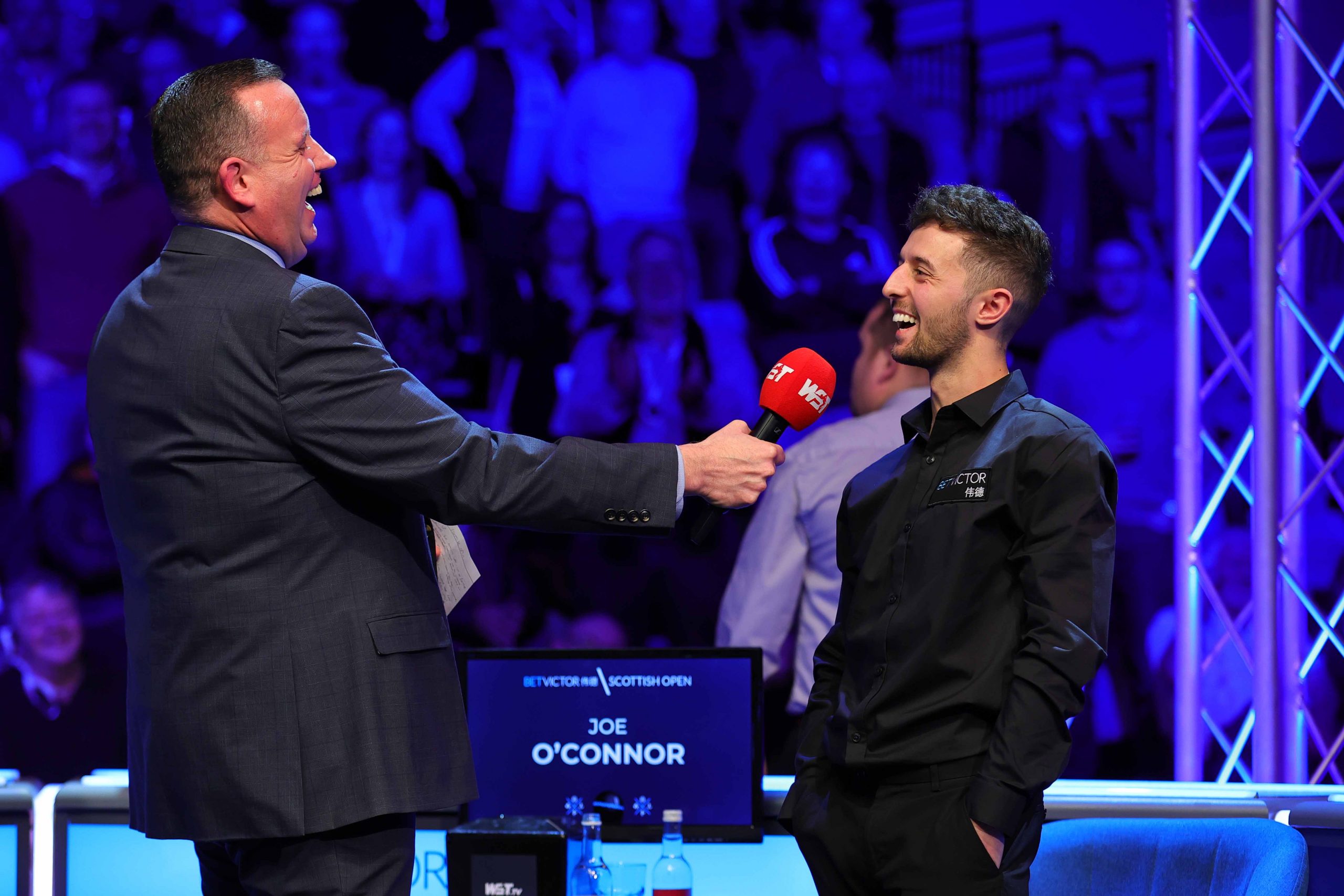 O’Connor said: “I have had an amazing week. I’ve beat a lot of top 16 players. Unfortunately today, I didn’t play my best. Congratulations to Gary, he was amazing and fully deserved the win.

“I loved every minute. I’d like to say a big thanks to my family and friends who came down to watch and thanks to the crowd, you’ve been amazing.”

The first frames of the final were very high quality from both. After that, Joe appeared to feel the pressure more and started to miss balls he hadn’t missed all week. This was his first ever final of course and it’s understandable. He will learn from the experience.

Gary also paid tribute to Stan Chambers, a man who did a lot for snooker in his area.

Gary Wilson won the first ranking title of his career at the Scottish Open on Sunday night, and his former coach Stan Chambers who sadly passed away last year was on his mind.

In a classy winner’s speech, The Tyneside Terror hailed O’Connor, but also paid tribute to Chambers who was a huge figure in North East snooker, coaching players of all ages, doing a huge amount of charitable work, organising tournaments and dedicating his life to the baize.

He died last year at 85 years old and was well-deserving of the brilliant words from Wilson in Edinburgh.

‘I want to make a special mention to Stan Chambers who was a massive North East snooker fanatic for years and years and years,’ Wilson told Eurosport after his victory.

‘He sadly passed away last year and he would have really liked to be here, he believed I could win one and there was times when I believed maybe not.

‘Just a massive shout out to Stan, wherever he is, I know he’s looking down, and he’ll be proud.’

Jimmy White added on Eurosport: ‘I’m glad he mentioned Stan Chambers from the North East, because Stan did a lot for kids, got kids going.

‘He was there with Gary when he was 12 or 13, I played exhibitions for him. Unfortunately he passed, but I’m glad Gary gave him a mention because fantastic for snooker he was, Stan.’

That was a nice touch and you could see that it came from the heart.

And on a different subject ….

Ronnie wasn’t in the studio yesterday night. He was looking forward to spend his birthday with his family, a rare occurrence as he’s usually detained in York for the UK Championship at this time of the year. No cakes for the media this time then!

2 thoughts on “Gary Wilson is the 2022 Scottish Open Champion”