The 2022 English Open round of 64 was completed yesterday in Brentwood. None of the top 16 players were beaten at this stage. There were still some surprises as David Gilbert, Jimmy Robertson and Hossein Vafaei exited the tournament. 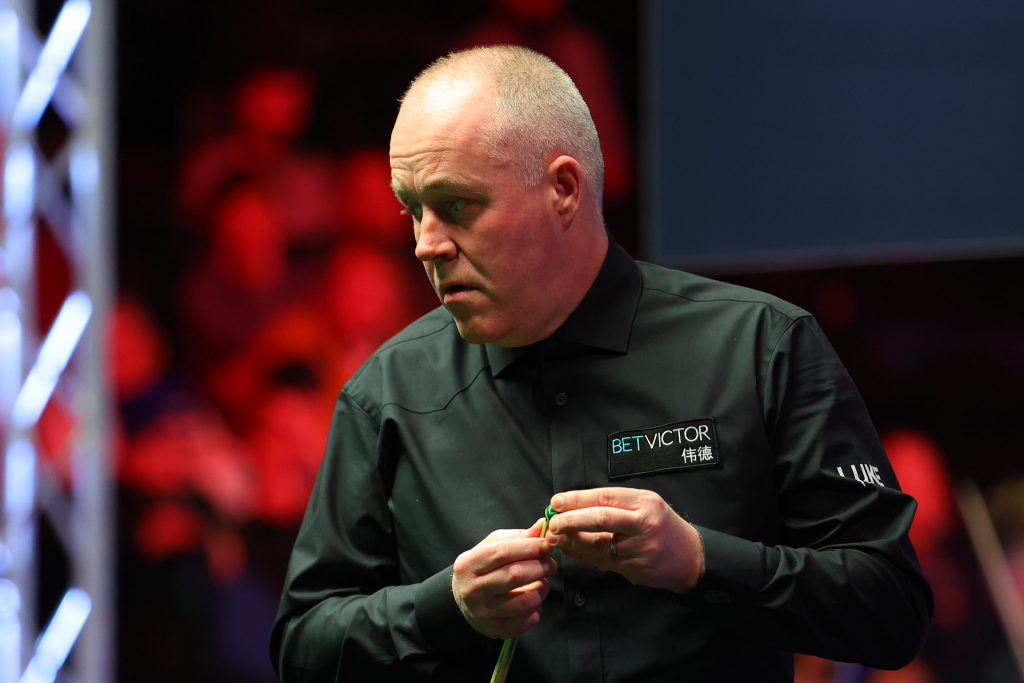 John Higgins progressed to the last 32 of the BetVictor English Open with a 4-1 victory over Mark King, and needs four more wins to earn a spot in next month’s World Grand Prix.

A poor start to the season left Higgins in 75th place on the one-year ranking list going into this week’s event in Brentwood. The four-time World Champion must reach the final, worth £35,000, to move into the top 32 and secure a place in January’s World Grand Prix, the first of three events in the Players Series.

The Scot fired breaks of 85 and 103 in taking a 3-0 lead over King, who was playing on home turf in Essex. King at least gave his fans something to cheer in frame four when he recovered a 62-10 deficit to make an excellent 55 clearance. But Higgins ended any chance of a fight back with a run of 74 in frame five.

“I could tell Mark was a bit edgy because he had a lot of friends and family here,” said Higgins, who will reach the last 16 of a ranking event for the first time this season if he can beat Robert Milkins on Wednesday evening. “He’ll be disappointed because he let me off the hook a few times. In the last frame I potted a good red and made a nice break.

“I would love to take the chance to get into the World Grand Prix but it will be very difficult. The game is not as easy as some of the boys make it look. If I don’t make it, then I don’t deserve to be there, I will only have myself to blame. It’s the form players that deserve to be there.

“In the last few days I have been practising with Anthony McGill, he has been hitting the ball like a dream so I’m just trying to feed off him, I have been losing a few fivers to him but it has sharpened me up.”

BetVictor Scottish Open champion Gary Wilson saw his hot streak end with a 4-2 reverse against against Martin Gould. Wilson made breaks of 51, 68, 81 and 54 yet only won two frames against Gould, who fired runs of 82, 118 and 128.

Mark Allen, player of the season so far with the Northern Ireland Open and UK Championship trophies under his belt, saw off Dylan Emery 4-1. The Pistol opened with a break of 135 then followed up with a 141 total clearance, the joint-highest break of the tournament so far. Two more runs of 55 helped Allen take the two further frames he needed. The world number five now meets Ding Junhui in a repeat of last month’s UK Championship final, which Allen won 10-7.

“You have to make the most of it while you are in good form,” Allen told Eurosport. “The first couple of frames today were as good as I have played all season. I want to be a winner of multiple titles every season, not just a flash in the pan. But you can’t play well all of the time, you need a B game as well.”

Kyren Wilson top scored with 83 in a 4-0 defeat of Ben Woollaston while Ali Carter, from nearby Chelmsford, saw off Chen Zifan by the same scoreline.

Scott Donaldson made a 128 in a 4-2 success against Mark Davis. British Open champion Ryan Day made a tremendous 57 clearance in the decider to beat Hammad Miah 4-3.

Ronnie O’Sullivan compared charismatic Dechawat Poomjaeng to Mr Bean after beating the smiling Thai 4-2 in an entertaining second round match at the BetVictor English Open.

Once described by Stephen Maguire as “not quite the full shilling”, Poomjaeng had been much missed on the tour during a five year absence, but regained his place via Asia-Oceania Q School in August and reminded a packed crowd in Brentwood of his captivating antics around the table. The lowest ranked player on the circuit, at 130, threatened an upset when he led the world number one 2-0, but O’Sullivan recovered to take four frames in a row and set up a last 32 meeting with Martin Gould on Thursday at 1pm.

After losing the opening frame, O’Sullivan made an excellent 49 clearance in the second to force a repotted black. That led to a succession of outlandish shots on the black from both players, before Poomjaeng potted it for 2-0. But World Champion O’Sullivan responded to the challenge by winning the next four frames with breaks of 61, 69, 104 and 76.

“I thought there was no point trying to play straight forward snooker, let’s just have a laugh,” said O’Sullivan. “I went for some doubles and trebles, some of them went in, crazy things can happen when you go for it. He’s like a Mr Bean type character, he pulls these funny faces and his mannerisms – he should go into comedy, he’s such a character.  I was enjoying just going for my shots and trying to make something happen.”

Looking ahead to his next match against Gould, O’Sullivan added:  “He’s a fantastic player, amazing. It’s good to see him back to form and I’ll have to play a lot better to win because he looks like he’s on fire.”

World number nine Zhao Xintong, who needs to reach at least the quarter-finals this week to climb into the top 32 of the one-year ranking list and earn a place in the World Grand Prix, took a step towards that goal with a 4-0 win over Andres Petrov. Zhao has lost his voice due to illness, but let his cue do the talking with breaks of 70, 83, 51 and 135.

Thepchaiya Un-Nooh, a semi-finalist at the recent BetVictor Scottish Open, is also looking to secure his World Grand Prix spot and is now up to 28th. He made a 122 in a 4-1 win over Tian Pengfei.

The world’s top 13 players are still in the line-up, going into the last 32.

Andres Petrov came on twitter later saying that his opponent Zhao looked so unwell that it somehow put him off. His main concern was that he wouldn’t watch to catch that because he intends to go and visit his family over Christmas.

More on Ronnie’s match can be found here