Skip to content
HomeMark Selby in the 2022 English Open Champion

Mark Selby beat Luca Brecel by 9-6 yesterday evening to win the 2022 English Open, his 21st ranking title and the last ranking event of 2022. 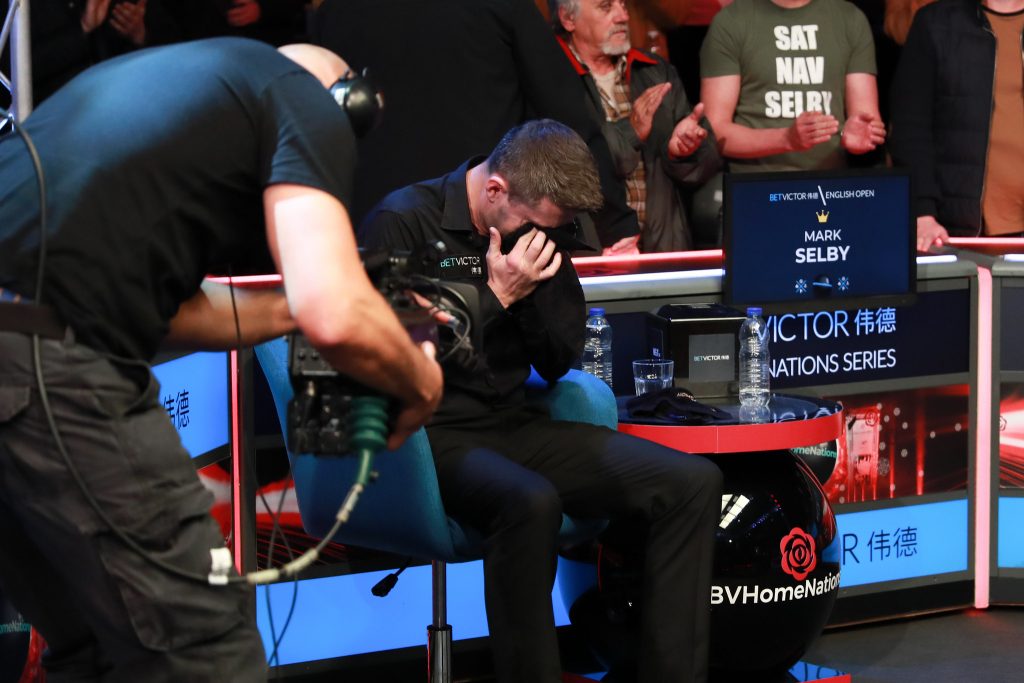 Mark Selby won his first silverware in 19 months as he pulled away from 4-4 to beat Luca Brecel 9-6 in the final of the BetVictor English Open in Brentwood.

A tearful Selby described victory as his “biggest achievement.” In January he revealed he was facing a long term battle with mental health, a challenge he admits he may never fully overcome. He is learning to appreciate snooker as a game to enjoy whatever the result, rather than allowing defeats to devastate him. This success, and the chance to lift the trophy alongside wife Vikki and daughter Sofia, will bring the 39-year-old immense satisfaction.

Selby’s last title came at the Crucible in May 2021 when he won the World Championship for the fourth time, so tonight’s triumph is a welcome resolution to a long spell where his form and confidence have wavered. It’s the 21st ranking title of his career and he holds the Steve Davis Trophy for a second time having won the event in 2019.

The £80,000 top prize lifts the Leicester cueman from third to second in the official world rankings and from 21st to fifth on the one-year list. He’s also up to second in the BetVictor Series rankings, just £3,000 behind leader Mark Allen, with only three events to go until the £150,000 bonus is awarded.

Beating Neil Robertson in the semi-finals on Saturday, ending a sequence of seven consecutive defeats against the same player, was a significant breakthrough in terms of self-belief, and he showed his trademark coolness under pressure tonight in a tense conclusion.

Brecel battled back bravely from 4-1 down to 4-4, but made too many errors in the evening session, and also had the disappointment of missing the chance of a 147 in frame 14. The 27-year-old Belgian, who has now lost half of his six ranking finals, banks £35,000 and climbs one place to tenth in the world.

After finishing the opening session tied at 4-4, Selby took the first frame this evening with an excellent 51 clearance, and the Englishman went on to make a 61 in the next to lead 6-4. Brecel replied with a 122, the highest break of the match.

The key moment of the pivotal 12th frame came when Brecel, trailing 36-45, failed to gain prime position on the last red, then missed a thin cut to a top corner. Selby took advantage with a cool clearance to go 7-5 ahead at the interval. Frame 13 came down to the last red and Selby trapped his opponent in a difficult snooker, and from the chance that followed he went three up with four to play.

Brecel’s 147 attempt in frame 14 reached 113 before he over-cut a tricky pot on the 15th black. And when he missed a difficult long red at the start of the next frame, it proved his last shot as Selby sealed the result with a superb 87.

“It has been a long time coming,” said Selby, who has now won 21 of his 31 ranking finals. “I was disappointed to finish the first session 4-4, I was probably the better player but credit to Luca because he dug in from 4-1 down.

“This means everything to me, it is my biggest achievement for sure. I know I have won four world titles and a lot of other tournaments, but I have been to the well and back over the last year, it has been emotionally and physically draining. So it’s a special one today. At the end after I had potted match ball, I saw Vikki and I was welling up. In the interviews at the end I struggled to get my words out. It shows how tough it has been. If I had lost I would have been gutted, but still felt I have come a long way.

“The crowds this week have been fantastic, I said that to Luca before final. They appreciate good shots. I hope we come back here to Brentwood next year. 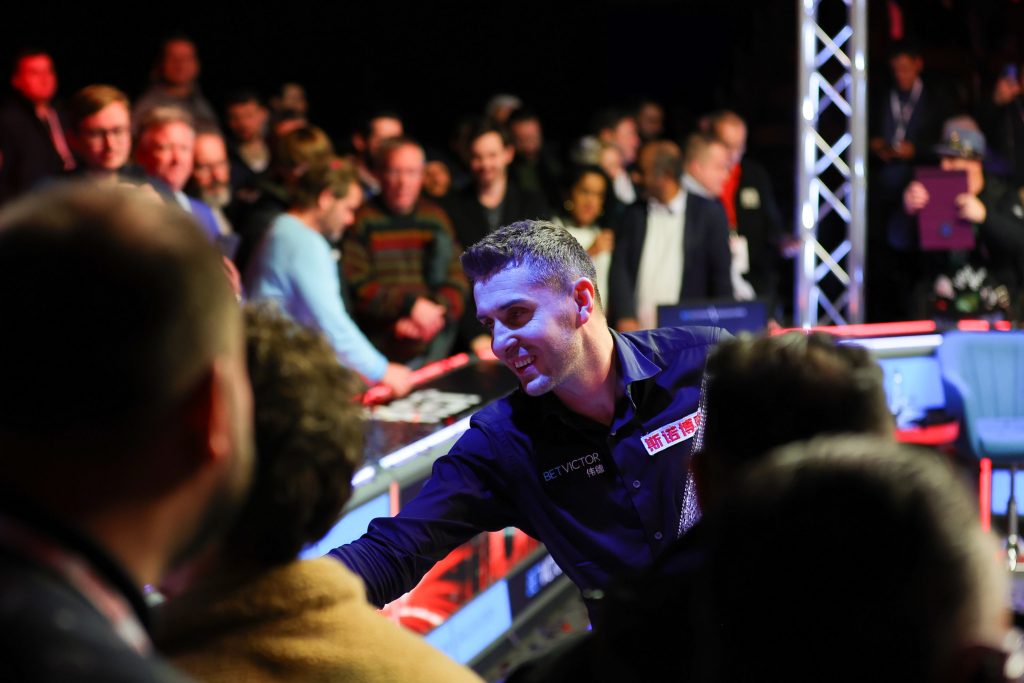 “This doesn’t give me a right to win anything else, it could be another 19 months, but it gives me confidence. I can look forward to going to the Masters now. Last time there it wasn’t very nice, this time go with smile on my face.”

Brecel said: “I didn’t really play my game. The day before the tournament I was contemplating not even coming because I was ill. My dad told me to go, and in the end I reached the final, so thanks to him! It has been a great week.

“I’d like to say well done to Mark because you can see he’s emotional. He has been through a very tough time off the table, it is so nice of him to speak openly about depression. It’s great to see him back and he really deserves it. He has a great family as well and it’s really nice for them. It’s special to have my parents here, hopefully the next time they come to a final I can win it.”

The crowds have indeed been fantastic all week, even in freezing cold.

The final IMO has exposed the limits of Luca’s current game but I have no doubts that he will learn from it and come back stronger. He’s highly entertaining, extremely talented … if he can add a zest more of tactical nous he will be the complete package and very, very dangerous.

As for Mark Selby … it’s very unlikely that he will read this blog but I would like to send him this personal message:

Mark, I did not always appreciate your game, I found it tortuous. Graeme Dott once reflected in a post-match interview that you can’t possibly enjoy playing “that way”. Ronnie called you “the torturer”. Now I realise that the person you tortured most was yourself. You lost your loving father far too young. You promised him to be successful at snooker and you kept that promise. But, believe me, looking down at you from wherever he is, your father will want only one thing for you, more than any title, he will want you to be happy, because he loves you. That has to be your priority: look after yourself, enjoy your life, be happy. Your mother left you when you were only a young child. I can understand that you would like to understand why, and maybe you will never really know, But be sure of one thing: it wasn’t your fault. Having a child is a lifetime commitment, and raising a child is never an easy task. She failed you. You didn’t fail her, you didn’t ask to be born. She failed you. You deserved to be loved.

One thought on “Mark Selby in the 2022 English Open Champion”