Cheltenham is best known for its horse races, but this week it hosts a snooker race to the 2023 Players Championship. Yesterday was the first day of the tournament and it yielded one big surprise… 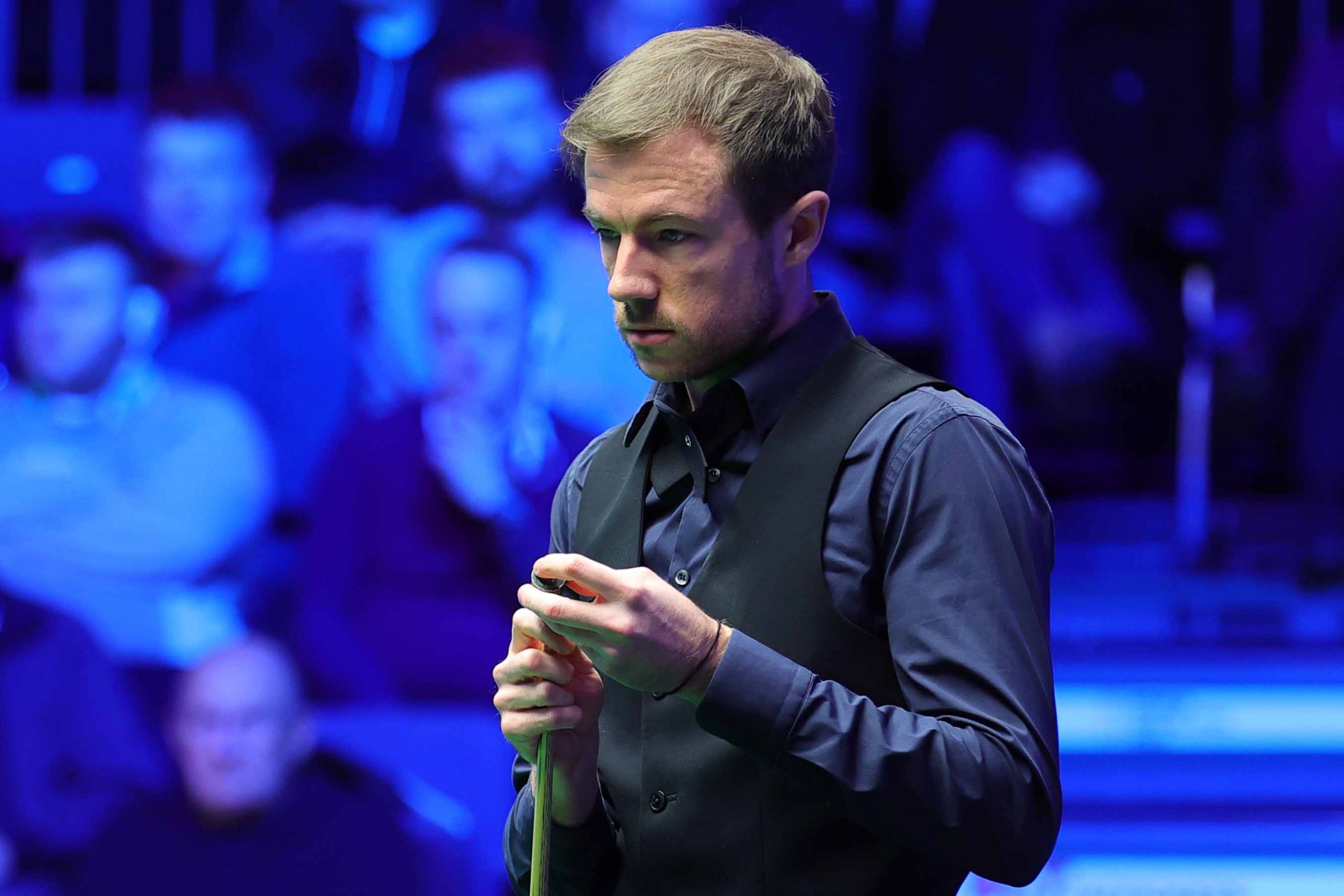 Jack Lisowski came from 3-1 down to edge a Gloucestershire derby with Robert Milkins 4-3 at the Cheltenham Racecourse in round one of the Duelbets World Grand Prix.

Lisowski, 31, and Milkins, 46, have known each other since the former was just eight years old and both have recently described the other as being like a brother. This evening’s match had added significance for them, competing in their home county.

Lisowski came within two matches of a dream first title last week at the Masters. He scored his first ever match wins at Alexandra Palace, beating John Higgins and Hossein Vafaei to make the semi-finals. However, his event was ended after a 6-0 whitewash loss against Mark Williams.

It had looked as if Lisowski was set for an early exit this evening, when he found himself 3-1 down. Milkins missed a routine red in the fifth, leading 52-1 with an opportunity to wrap up the win. He was ruthlessly punished by Lisowski, who made a match saving break of 60 to steal and make it 3-2.

The following two frames saw Lisowski at his brilliant best, as he fired home runs of 102 and 86 to secure victory and book a last 16 meeting with Zhou Yuelong, who beat Thepchaiya Un-Nooh 4-3.

Lisowski said: “I’m very happy. We are in my home town, so at 3-1 down I was thinking about my friends and wanted to make a game of it. Luckily Rob missed with a chance to win. I cleared up and turned the match around. I would have been gutted to lose first round. Rob looked fantastic tonight and it took everything I had to beat him.

“It was horrible at the end. I should feel great, but then I saw him. It is hard playing your friends. I was apologising and I’m sure he would have been the same beating me. You can never get used to it, but it’s snooker and it’s an individual sport. If I want to win the title, I have to beat my mates.” 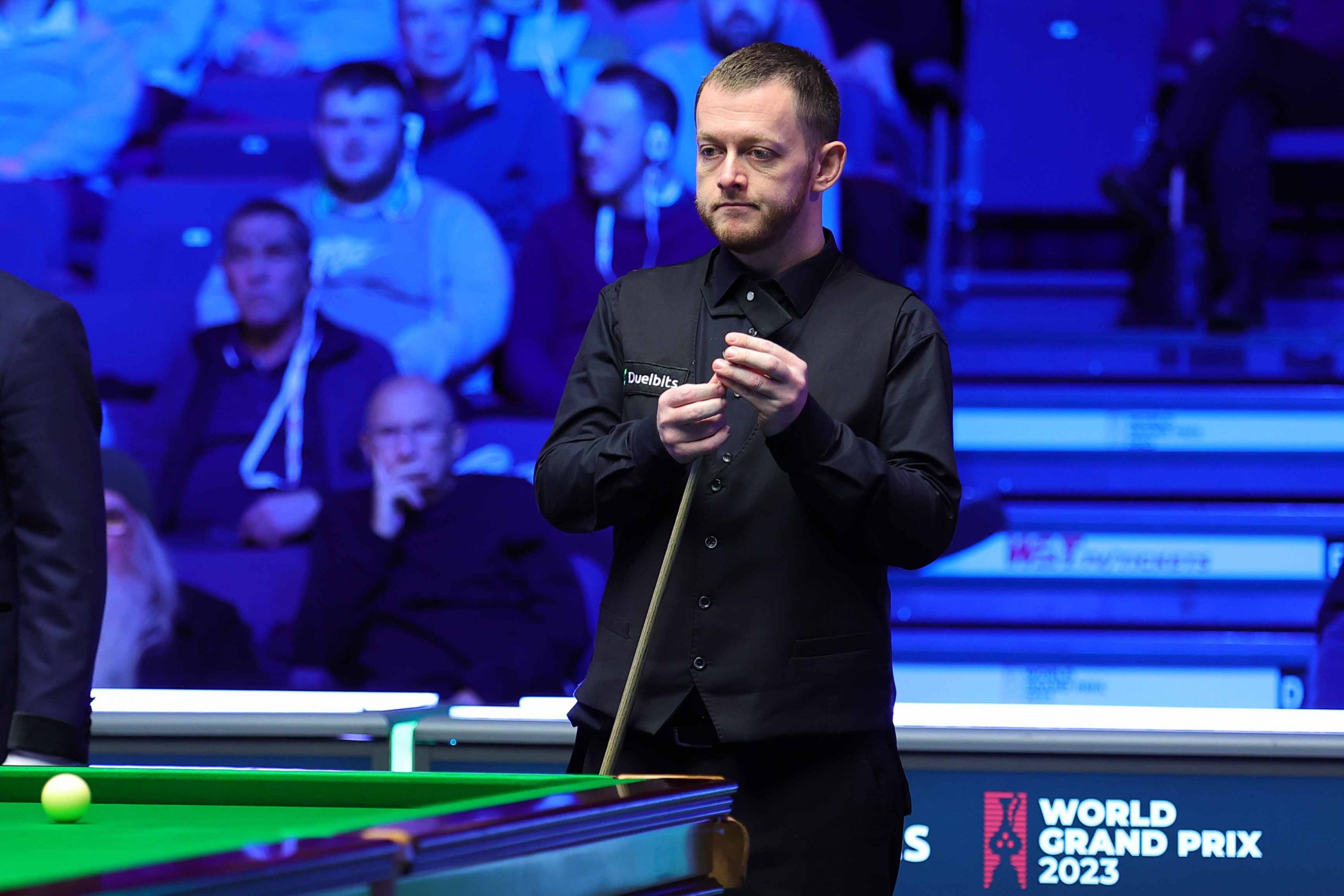 Number one seed Mark Allen got his campaign underway with a 4-2 win over David Gilbert, to recover from a 6-0 whitewash loss at the hands of Barry Hawkins at last week’s Masters.

The Northern Irishman has been the standout player of the season so far, having claimed tournament wins at the Northern Ireland Open and the UK Championship. As a result he has a significant lead at the top of the one-year list, having accumulated £402,000 so far. Only the top 32 are here this week, with the best 16 progressing to the Duelbets Players Championship and the top eight making the Duelbets Tour Championship.

Allen top scored with a fine break of 133 in this evening’s victory and now plays either Joe O’Connor or Lyu Haotian in the last 16.

“Nobody puts any more pressure on me than I do. That won’t change whether I’m number one seed or not. I just concentrate on my game and do the best I can,” said 36-year-old Allen.

“The Tour Championship is one of my favourite events. If you get in that you’ve had a good season and then can compete against the top players over a long distance. That is a good warm up for Sheffield as well. These three events are brilliant, it is amazing what they have done. World Snooker and ITV have come together to put them on.”

Xiao Guodong scored the biggest shock win of the event so far with a 4-1 win over world number three Neil Robertson. Xiao’s biggest contribution in the tie was a break of 54 and he faces either Ryan Day or Ricky Walden in round two.

I do hate the constant use of the word shock but I certainly wasn’t expecting Xiao to beat Neil, never mind with that scoreline and just one break over 50, a modest 54. Neil has struggled with health issues recently of course and maybe he’s still not well and fit.

I watched the Allen v Gilbert match and, at the start, both players appeared to struggle badly with the table conditions. They got used to them though, and, after the first couple of frames, it was a good match.

The “All Asian players are fixers” brigade was at it again yesterday, pointing out at bookies odds to prove that there was no confidence in either Zhou or Theppy to actually try to win… well … the match went 4-3, as you would expect because those two are of comparable strength overall. Zhou made a century in the deciding frame and had breaks of 107, 104, 66, 60, 59 and 58. Obviously not trying to win then. Theppy is notoriously inconsistent and when his scoring power is bit off and mistakes creep in, he struggles. He had just one break over 50 yesterday, a 87, but still won three frames.