The third day in berlin certainly didn’t bring the results most expected.

Indeed this is the semi finals line-up it produced:

How did we get there?

David Gilbert won a 54-minute deciding frame on the final black to beat Mark Selby 5-4 at the D88.com German Masters.

Gilbert goes through to meet Neil Robertson in the quarter-finals on Friday evening in Berlin.

Selby maintains his grip on the world number one spot he has held since winning this title in 2015, though second placed Mark Williams is sure to gain ground this week.

Breaks of 83, 68 and 126 gave Selby a 3-1 lead today, despite Gilbert’s 139 in the second frame. After the interval, Yushan World Open finalist Gilbert took three in a row with top runs of 78 and 85. Selby won the eighth to set up a tense decider, which came down to the colours.

Selby potted a long yellow but then missed a difficult green to a centre pocket when leading 54-37. Gilbert converted an excellent mid-range pot on the green and cleared the table to book his place in the next round.

Duane Jones kept his best career run going as he beat Yuan Sijun 5-3. Welshman Jones had never previously been beyond the last 32 of a ranking event but is now through to the last eight to face Ding Junhui.

Jones made breaks of 138 and 79 to go 3-1 ahead before Yuan, who knocked out John Higgins yesterday, recovered to 3-3. Jones, age 25, took the last two frames with 73 and 60. That result keeps alive his chances of qualifying for next week’s Coral World Grand Prix as he needs to win the tournament to earn a place in Cheltenham. For more on that race click here.

“I have played really well all week,” said Jones. “I have been practising all the hours under the sun and I’m glad I have got some reward for it. When you put so much effort in and get no reward it is demoralising and it makes you want to give up. It’s nice to show a crowd that I can play. I’m over the moon with the way I am playing. I’m on a freeroll now but I am here to win. The money will hopefully help me to stay on the tour because I don’t want to have to go back to Q School.”

Up to there, things looked relatively normal. Mark Selby hasn’t played consistently well for a year and a half now, and David Gilbert is very capable, flirting with the top 16 for a while now. The two “unexpected” players at that stage – Duane Jones and Yuan Sijun – were playing each other, so, one of them was always going to reach the QF.

Here is that decider!

Judd Trump’s hopes of winning back to back titles came to an end as he was beaten 5-2 by Stephen Maguire in the quarter-finals of the D88.com German Masters.

rday at 8pm, while David Gilbert will take on Duane Jones at 2pm.

Trump won the Masters last month, his second Triple Crown title, but his form deserted him tonight as he made too many errors against clinical Maguire.

Breaks of 87, 74 and 53 gave Glasgow’s Maguire a 3-1 lead. Trump pulled one back with a run of 69 then Maguire’s 70 made it 4-2. Both players missed chances in frame seven before a thumping long pot on the last red from world number 15 Maguire set him up to clinch victory. The 37-year-old is chasing his sixth ranking title and first since the 2013 Welsh Open.

“I have just started working with a coach for the first time, Chris Small, and I felt the benefit out there tonight,” said Maguire, who reached the semi-finals of the Riga Masters and English Open earlier in the season.

“You know what Judd can do to you, you just have to get in first and luckily I did tonight. And I played well this evening. I go for my shots, I always have – what is the point of attempting shots to nothing?

“The atmosphere here from the semis when it is one table in front of 2,500 fans is incredible, the time I got to the final against Ronnie O’Sullivan here in 2012 is still the best I have ever experienced.”

World number 90 Jones continued his incredible run by beating Ding Junhui 5-3. The 25-year-old Welshman had never previously been beyond the last 32 of a ranking event but is now into the semis.

He had earned just £3,000 this season prior to this tournament but is now guaranteed at least £20,000 from this event. Two more wins at the Tempodrom would bank him £80,000 and also earn him a place in next week’s Coral World Grand Prix in Cheltenham (for more on that race click here.)

From 3-1 down against Ding he took the last four frames with top breaks of 66 and 75.

“I can’t believe it,” said former pub barman Jones. “I was really nervous at the start tonight and at 2-0 down I thought I had blown it. I didn’t play my best but I played decent in spells and Ding let me off the hook. I have been practising like a madman back home so I knew my game was in good shape.

“The fans here love the underdog. I have seen a few players I grew up with getting to semi-finals this season, like Eden Sharav, and I’ve been sitting at home watching on TV thinking I’d love to have a crack myself. It’s a dream come true.”

It was a fantastic day for David Gilbert as he knocked out both Mark Selby and Neil Robertson. After edging out world number one Selby 5-4 earlier in the day, Gilbert came back just two hours later and recovered a 3-1 deficit to beat Robertson 5-3.

Breaks of 57, 120, 62 and 50 gave Gilbert the last four frames as he reached the semi-finals of a ranking event for the third time in his career.

“This is one of the best venues we play at but I have never done well here before,” said Gilbert, who was runner-up at the Yushan World Open in August. “To beat Mark and Neil on the same day is great. I was abysmal in the first four frames tonight but I stuck in there and from 3-1 down I found some rhythm.”

All pictures by O.Behrendt / contrast

Stephen Maguire beating Judd Trump doesn’t come as a surprise to me. Judd hasn’t played well this week in Berlin and he eventually was found out. The same can be said about Mark Williams, who was trashed by Kyren Wilson. I expected that result, but not a whitewash. Earlier in the week people on social media were all about “men to beat” about those two. Did they actually watch the matches? Williams was consistently missing in the middle pockets and Judd had been very lucky to play a terrible Li Hang in his first match because himself had been very poor. The outcome of the semi final between Stephen Maguire and Kyren Wilson is hard to predict. It will depend on Maguire’s form on the day.

David Gilbert being able to knock out Mark Selby AND Neil Robertson on the same day is quite some feat. And Duane Jones getting the better of Ding, and actually outscoring him, certainly wasn’t expected by many. Those two play each other and, on paper, Gilbert should be favourite … on paper… 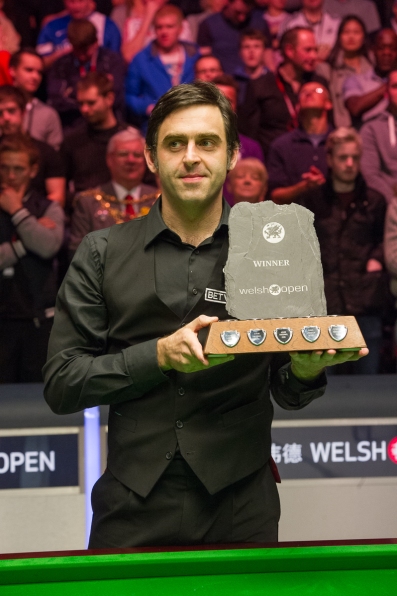 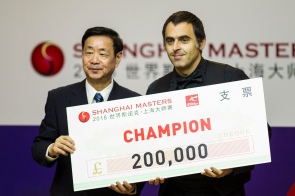 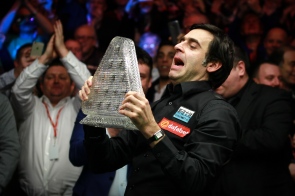 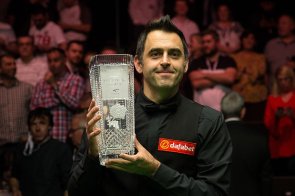 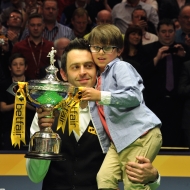 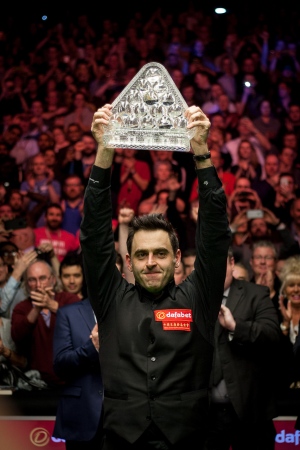 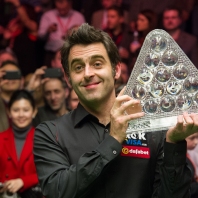 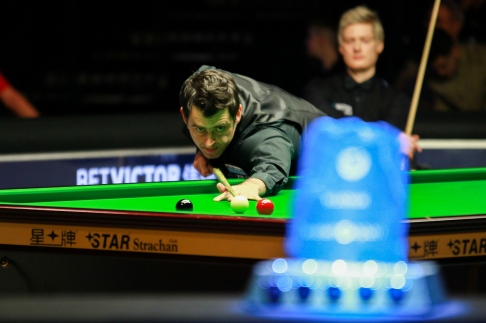 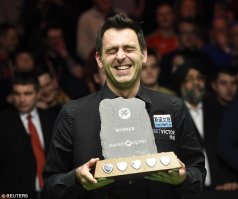 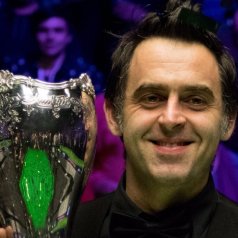 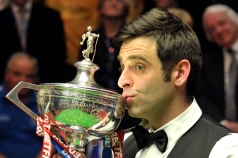 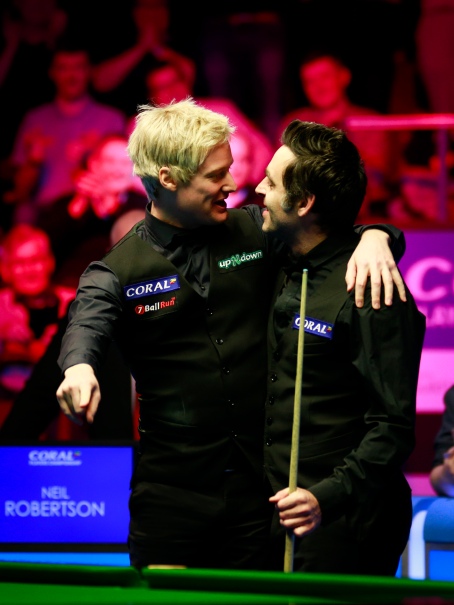 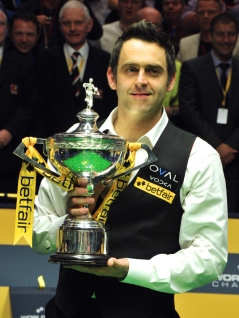 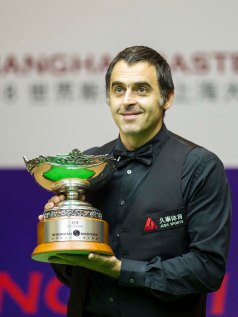 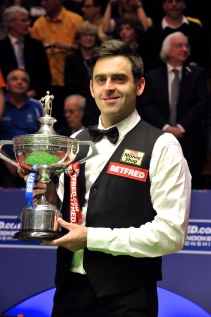 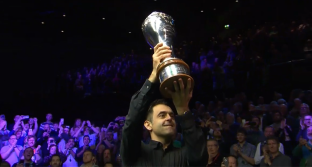 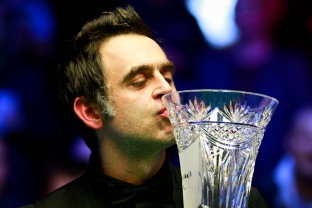 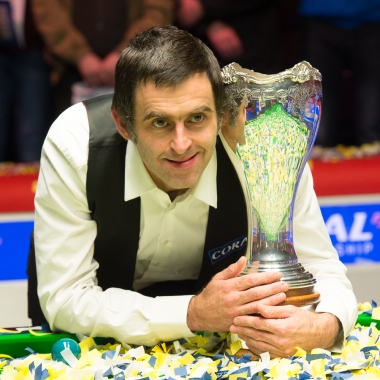 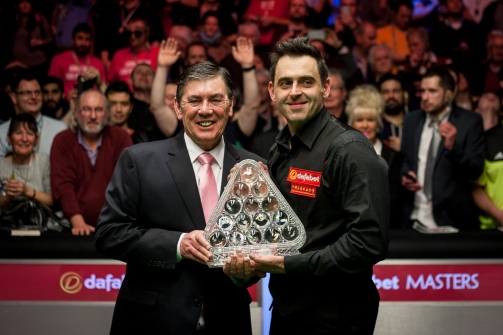 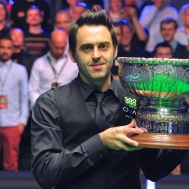 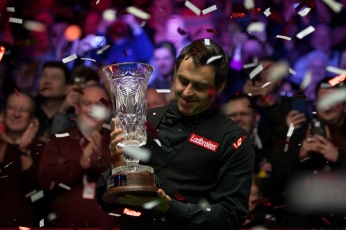 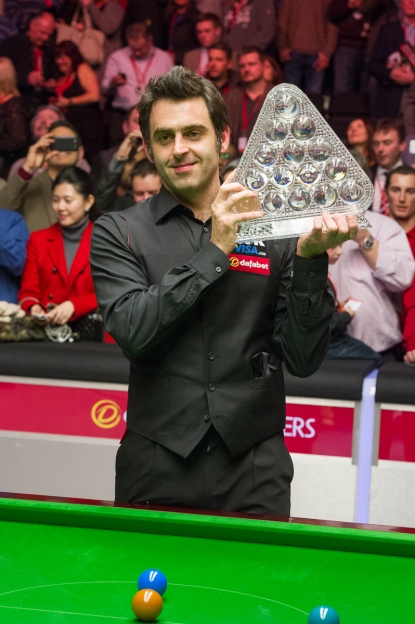 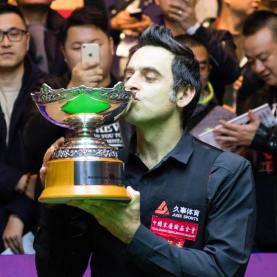 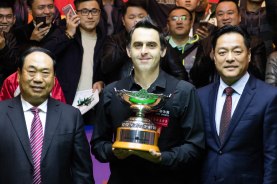 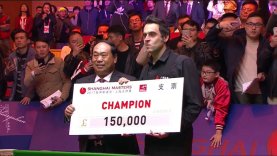 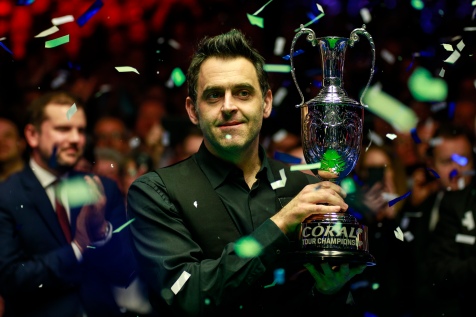 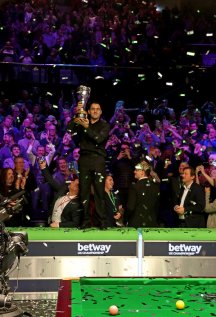 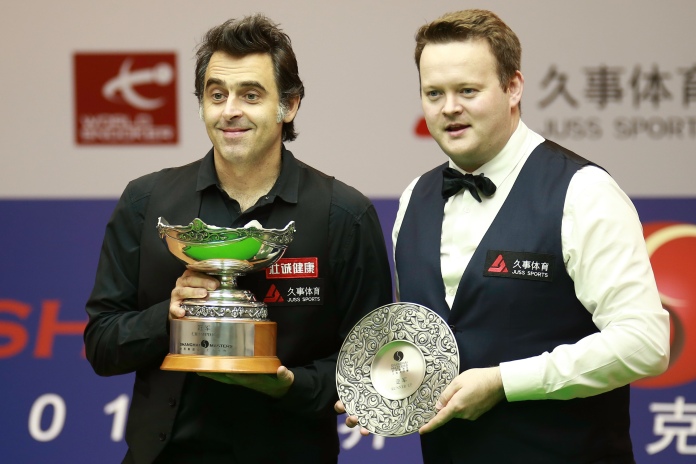