The opening match of the tournament was a treat. Stephen Maguire, the man who should not have been there, won it, by 9-5, and won it in some style. Here is the score “sheet”: 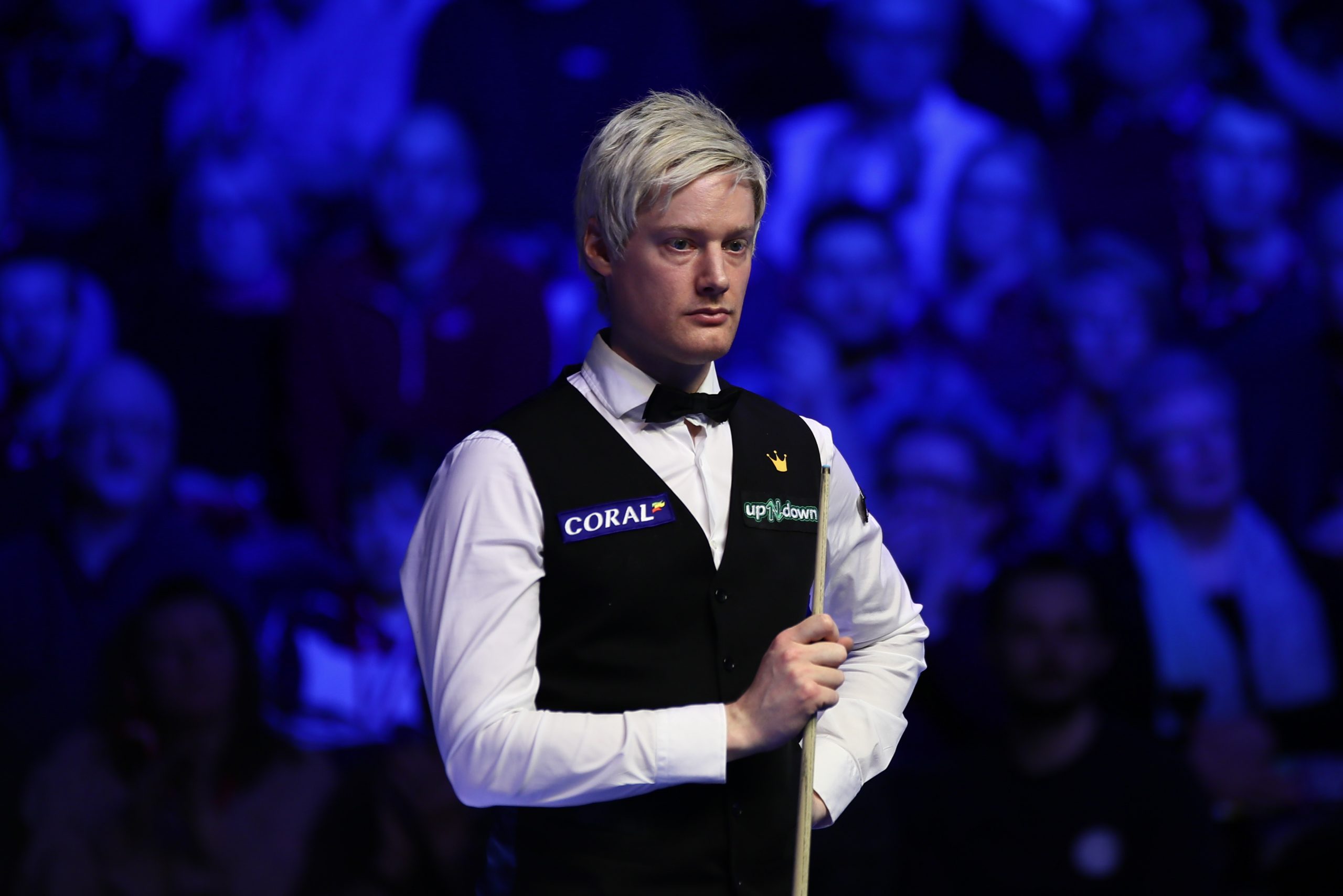 Neil Robertson and Stephen Maguire shared the frames in a pulsating opening session to end level at 4-4 at the Coral Tour Championship in Milton Keynes.

The pair will return at 7pm to play their quarter-final tie to a finish, with the first to reach nine frames progressing to the semi-finals.

In snooker’s first ranking tournament since the coronavirus pandemic halted global sport in March, an elite eight player field has assembled to contest this finale to the three-event Coral Series behind closed doors.

The winner will pick up £150,000 and all eight competitors are in contention for the Coral Cup, which sees the player who accumulates the most prize money across the series bagging a £100,000 bonus.

The lack of a crowd and match practise did little to deter the players this afternoon, who set a blistering standard. They traded centuries in the opening two frames, Maguire was first off the mark with a run of 108, before 2010 World Champion Robertson levelled at 1-1 thanks to a break of 100.

Scotland’s five-time ranking event winner Maguire then took the following two frames to head into the mid-session with a 3-1 advantage.

Robertson came storming out of the traps when they returned, firing in runs of 103, 72 and 79 to move ahead at 4-3. However, Maguire ensured they finished all square, with a sublime break of 117 to close out the session. 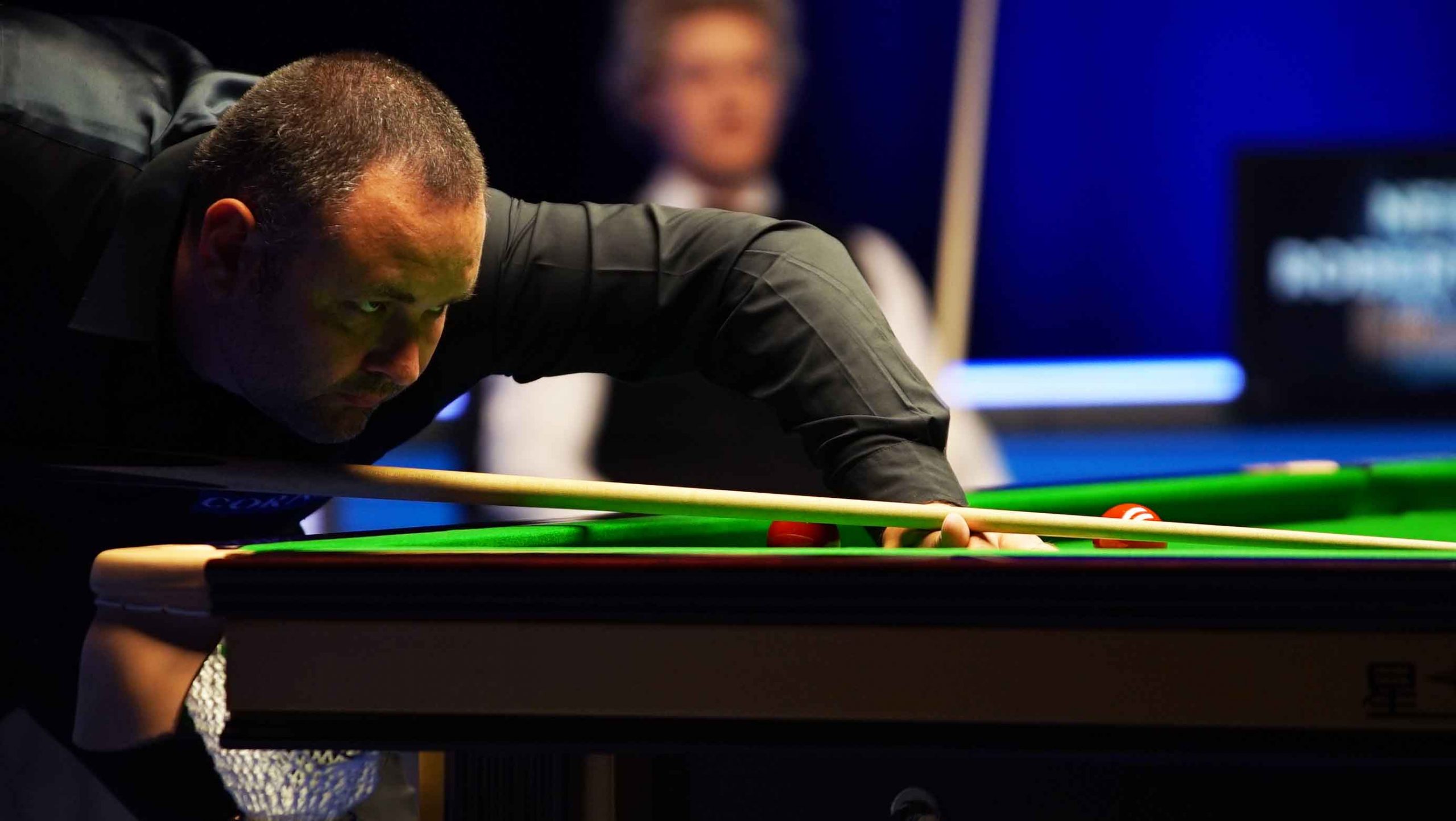 Stephen Maguire produced a sensational display to beat Neil Robertson 9-5 and book his place in the semi-finals of the Coral Tour Championship in Milton Keynes.

Scotland’s Maguire fired in a remarkable six century breaks throughout today’s encounter. That saw him fall just short of compatriot Stephen Hendry’s record of seven during a two-session match, which he recorded in a 10-5 win over Ken Doherty in the 1994 UK Championship final.

Maguire was a late entrant to this week’s elite eight-player event, which is being played behind closed doors and under strict Covid-19 testing regulations. He replaced Ding Junhui, who was forced to pull out due to travel difficulties.

It’s a second win over Robertson this season for Maguire, after he battled back from 5-1 down to seal a thrilling 6-5 win over the Australian at the Masters in January.

The players came into this evening’s action all-square, following a sparkling afternoon session which saw them finish level at 4-4. However, it was Maguire who emphatically took a stranglehold on proceedings.

Robertson edged ahead with the first frame, but a blistering run of four consecutive centuries from Maguire saw him move a frame from victory. Runs of 103, 135, 111 and 115 made it 8-5. A break of 59 then saw him come from behind to pinch the 14th frame on the colours and book a semi-final meeting with Judd Trump or John Higgins.

“I’ll never play like that again,” said five-time ranking event winner Maguire. “If I can play half of that, I would take it. Centuries don’t do anything for me, but if I could play half of that standard and make 60s and 70s, I’ll take that.

“I don’t mind that out there, when it is just me. It feels like a practice match and you are just trying your hardest. It was different, but I can’t say I didn’t enjoy it because I played great.

“I loved getting the call up to tell me I was part of the tournament. It made me hit the practice table and get out of the garden. I was thinking we might not be playing snooker until September or October and that there would be no World Championship. I was thinking the worst. It is phenomenal that we are out there playing again.”

It was an enjoyable match to watch, especially the first session, that was close. The second session was impressive scoring – especially considering that Maguire is playing with a new cue – but there was little suspense or tension.

I watched the second session on the Matchroom.live platform and the quality of the streaming was excellent. They had technical issues during the first session, which is disappointing. You would expect that thorough testing would have been done beforehand. But, credit where due, they answered the fans who were complaining and fixed it in time for the next session.

I said the same thing in an interview regarding no crowds. It’s a paid practice session with no pressure. Combine that with the biggest pockets I’ve ever played on and all sorts of records will tumble this week. Very lucky to be back playing tho and I’m sure it was great to watch

Paid practice? No pressure? Given the amount of money at stake, and ranking points as well, I’m not sure about that. The pressure that is probably eased is the one generated by the fans’ expectations and that weights more on some players than others. The two players who are the most under that type of “expectations generated pressure” are Ronnie and Ding. No crowd could definitely help those two at the Crucible, provided they enter the World Championship.

Regarding ranking points, Maguire’s victory already had an impact on the (provisional) Crucible seeding, as stated by Matt Huart on twitter:

Maguire’s win also moves him out of the third quarter of the provisional Crucible draw, away from Ronnie O’Sullivan and into John Higgins’ section…

This is how the theoretical last 16 looks after yesterday’s match:

Judd and Neil, in bold, can’t move in that draw, but everyone else still can. And if Ding were to withdraw from the World, Joe Perry would come into the picture. If that happened, as it stands, Ronnie could face Maguire in the second round in Sheffield.

Joe Perry, meanwhile, is commentating this week, and he’s very good at it.