Judd Trump make a record-equalling five centuries in beating David Gilbert 6-3 in the Group Two final to book his place in the semi-finals of the 888sport Champion of Champions, live on ITV4. 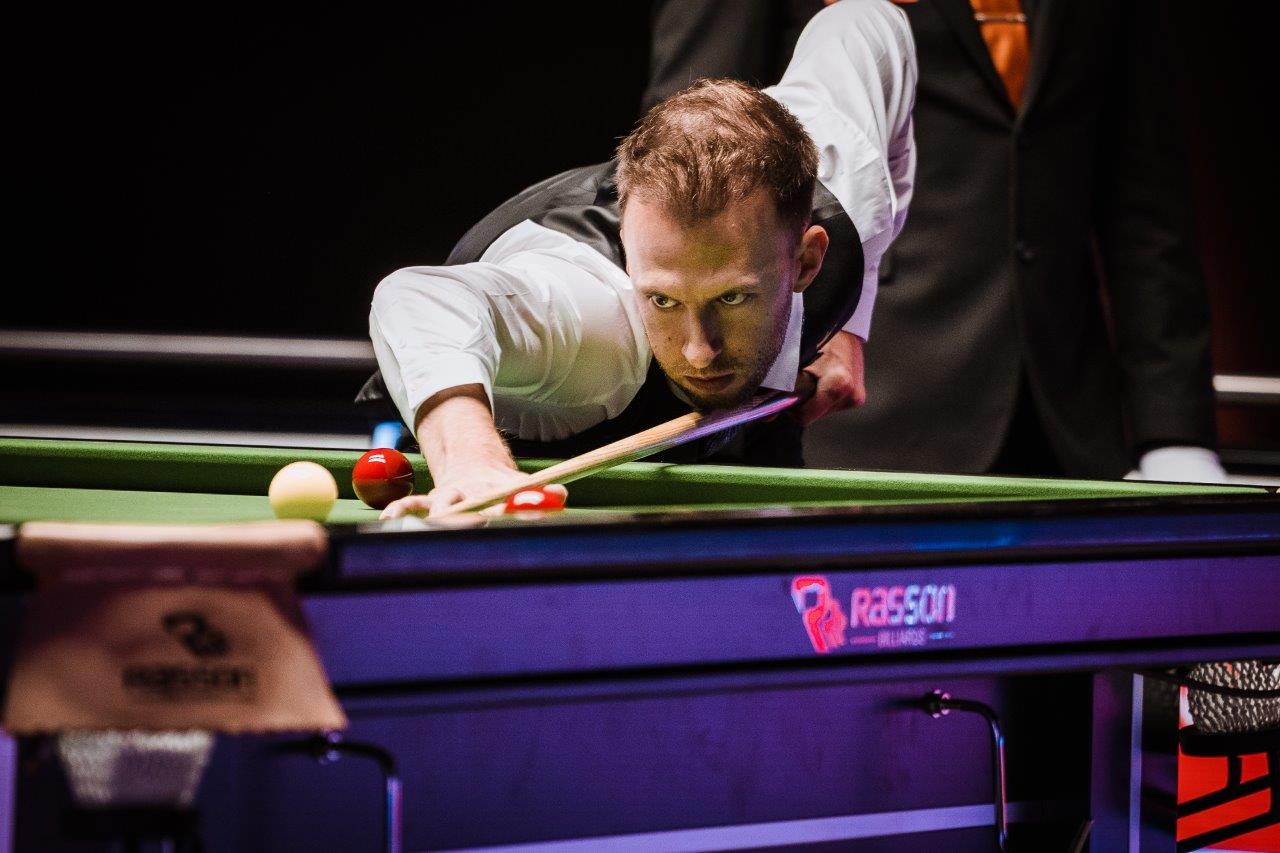 The world number one produced some of his finest scoring form at Marshall Arena, Milton Keynes as he equalled the record for the most centuries in a best of 11 match, previously achieved by Fergal O’Brien at the UK Championship four years ago.

Gilbert stayed in touch at 2-2 and 4-3 down, but Trump sealed his place in the semis with breaks of 107 and 138 to complete his victory.

“It wasn’t my best snooker but my scoring was there,” said Trump. “When you make century breaks it makes you feel like you have played better than you have. I felt good towards the end, I felt every time I got in towards the end I was going to score heavy. Not so much at the start but I was able to stay with him because he was probably the better player early on.

“I lost a big frame to go 2-1 down and that spurred me on; I didn’t want to make any more mistakes because Dave is a great player and you don’t want to be giving those easy chances. In the end I am very happy with how I finished the match out and it is nice to make five centuries.

“It would be nice to get this won and people can stop mentioning this like they did the Worlds and The Masters a couple of years ago. It would be nice to win every event. It is an amazing tournament and an amazing set-up here. It looks fantastic and even though there is no crowd it is still nice to look around and see the effort and perhaps that is why people are playing so well, because the surroundings spur you on to play well.”

Trump had taken the opening frame of the group final with a 103 but fell behind when Gilbert took the second with a 49 and the third on the black with a 52.

Trump levelled with a 117 before the interval and regained the lead with a 112 immediately after the break. Trump’s advantage was doubled in the sixth but Gilbert pulled it back to 4-3 with a 71 break.

Another century, this time a 107, put last year’s runner-up within one of the semi-finals and a 138 completed the win and equalled O’Brien’s record. Trump will now play in what will be his 75th professional semi-final on Saturday evening, where he will meet the winner of the group involving Ronnie O’Sullivan, Mark Allen, Scott Donaldson and Michael Holt.

In the afternoon session, Trump had sailed past Stuart Bingham, registering a 4-0 win with a 119 in the third frame. Gilbert beat former Champion of Champions winner Shaun Murphy in his group semi-final. The Magician was trialling a new thin cut into the pack on the break and missed three times during the match, while Gilbert looked in good form with breaks of over 50 in each of the four frames he won, including a 107 in the opener.

The afternoon session was a bit of a strange one.

Judd Trump is absolutely right when stating that he didn’t play his best snooker, Actually in his first match he was pretty poor. I’m not sure what is happening to Stuart Bingham but he was just awful. He hasn’t been performing for quite some time now. Stuart used to play in every pro-am on the calendar before the Hearn era. He’s always been playing a lot of snooker even when tournaments were few and far between. Maybe he needs to play a lot to stay sharp and the Covid-19 crisis has prevented him to do that. Whatever it is, his game is nowhere near the level required to play at the top, and, I guess, as a result his confidence must be quite low.

Shaun Murphy’s preparation was probably not ideal, with the restrictions imposed in Ireland. He made a few unexpected errors, and David Gilbert, who was playing well, took advantage.  Shaun improved as the match went on, but it was too late.