Mark Allen completely outplayed Judd Trump yesterday evening, to earn his spot in the Final today. He will play Neil Robertson over best of 19.

Trump Loses – By A Lot

Mark Allen stunned Judd Trump with an emphatic 6-1 semi-final victory to advance to the 888sport Champion of Champions final, where he’ll meet Neil Robertson on Sunday, live on ITV4 at the Marshall Arena, Milton Keynes. 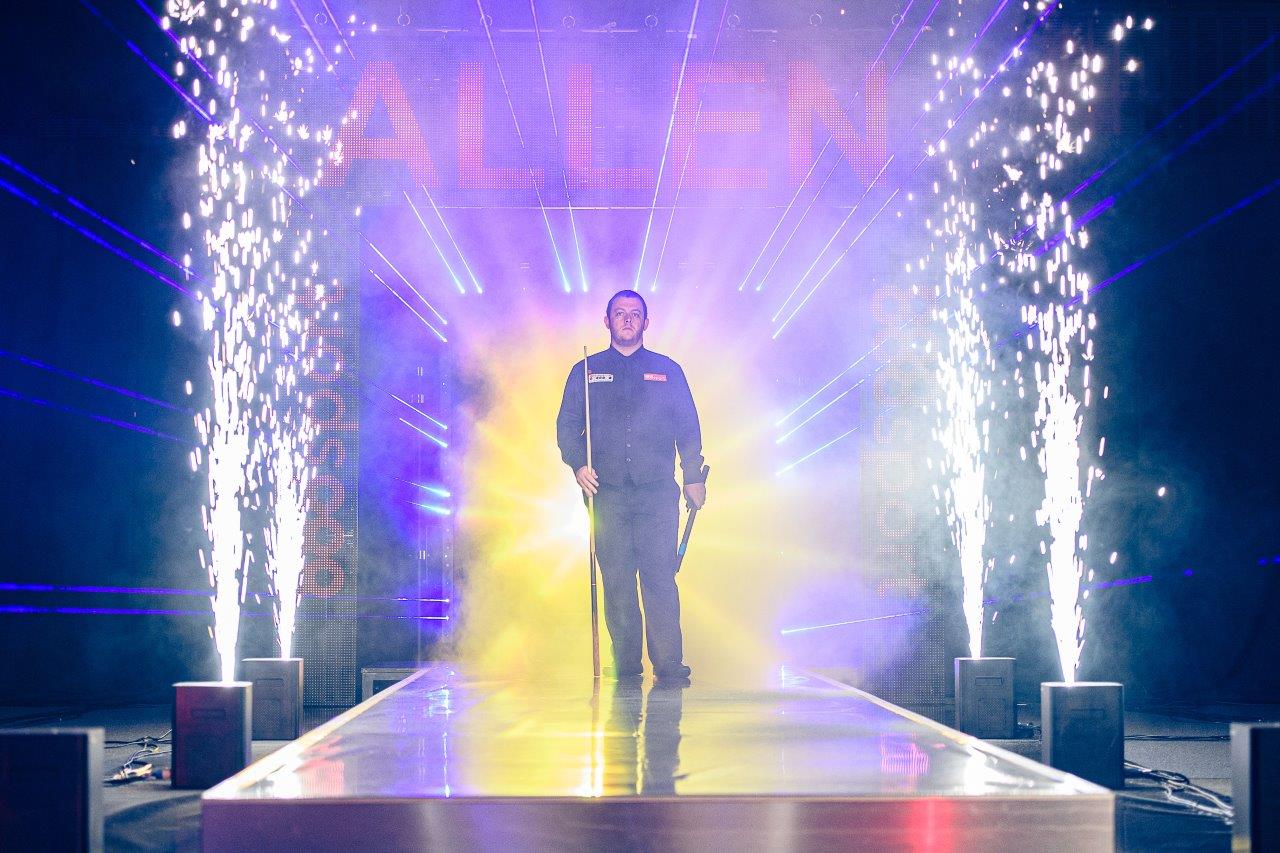 Allen had defeated World Champion Ronnie O’Sullivan to reach the last four and came out firing against Trump with a 102 to set the tone. The second frame was closer but after a re-rack Allen made a break of 48 for a 2-0 lead, which he doubled before the interval.

World number one Trump didn’t get on the board until the sixth frame, but by then there was too much work left to be done and Antrim potter Allen completed a 6-1 win in the very next frame.

“I’m very, very happy,” said Allen. “It was a completely different performance from the O’Sullivan match but it had to be, because I’m not going to out-pot Judd over distance. I had to make sure I kept it tight and make it really tough for him. He is world number one by a mile so I knew I had to do something different to beat him.

“Judd is capable of getting on a run and scoring heavy and fast; 5-0 can turn to 5-3, 5-4 very quickly, so to take advantage of the tight frames was a big bonus because they can swing a match and on another day that match is 3-2 after five frames. I played some good safety towards the end of frames and pulled away to 5-0.

“Neil showed in his semi-final against Selby just how good he is capable of playing and I will need to be at my very, very best, better than I was tonight. It is going to be a tough final but I have beaten him before and I will fancy my chances tomorrow.”

Trump, whose £30,000 semi-finalist prize money carries his career earnings above £6million, said: “It was a struggle. The first two frames could go either way but after that I missed a lot of balls. He played well and towards the end I tried to stick in there but was a bit unlucky, nothing was really going my way. It was one of those days, I was too slow out of the blocks.”

Allen took the opening frame with a 102, made after a fluked red when he went into the pack. Scoring wasn’t heavy in the frames that followed, but Allen made the contributions which mattered to lead 3-0.

Trump was looking for two snookers at the end of the fourth frame. He got one but couldn’t find the other, and when Allen potted the blue, the Pistol had a 4-0 mid-session lead.

The break didn’t halt Allen, who made a 66 in the first frame back to move to within a frame of the final. Trump fought back with an 80 to get on the board at 5-1 but it was too late for a fightback, and Allen closed out the match when he took the seventh frame on the pink.

Allen will meet Robertson in a repeat of the 2015 final over 19 frames on Sunday. The first session begins at 1pm, live on ITV4.

For ounce WST “title pun” made me genuinely smile.

I haven’t watched the match yet, I’ll try to find a footage today, but I’m happy that Allen backed his victory over Ronnie with this one. Going by the scores, Judd offered significantly less resistance that Ronnie… and couldn’t help but mention bad luck.

I have no problem with my favourite player/sportsperson losing, that’s part of any sport, but it always annoys me when an opponent produces a one-off stunning performance to kick  them out of a competition only to lose with an indifferent display at the next stage.

We indeed have a repeat of the 2015 Final, but i would be surprised if it was as one-sided today as it was five years ago; it ened on a 10-5 score in favour of Neil that time. If Allen were to lose heavily today, he should seriously consider to work on his fitness. It’s been the story of last season: he regularly made it to semi-finals, and seemed to have little left in the tank by that stage. It surely isn’t because a lack of bottle or motivation. Snooker may not be the most physical of sports, players still need to be reasonably fit to perform at the highest level particularly in multi-session matches.