These are the reports by WST.

Mark Allen edged to a 5-4 lead over defending champion Neil Robertson after an enthralling opening session of the 888sport Champion of Champions final in Milton Keynes.

The clash is a repeat of the 2015 Champion of Champions final, which saw Robertson emerge a 10-5 victor. However, the Australian will have to come from behind to secure the title this year.

The high quality afternoon session saw both players produce a barrage of breaks. Northern Irishman Allen opened proceedings with a contribution of 101, before Robertson replied immediately with a fine run of 121 to draw level at 1-1. Allen then claimed the following two frames to head into the mid-session 3-1 ahead.

Robertson pulled within a frame upon the resumption, before Allen restored his two-frame cushion with a break of 110. However, Robertson produced back-to-back century runs of 108 and 109 to restore parity at 4-4. Allen then took the last of the afternoon to secure his one frame advantage.

They will return at 7pm to play the best of 19 encounter to a finish, with the winner picking up the £150,000 top prize. 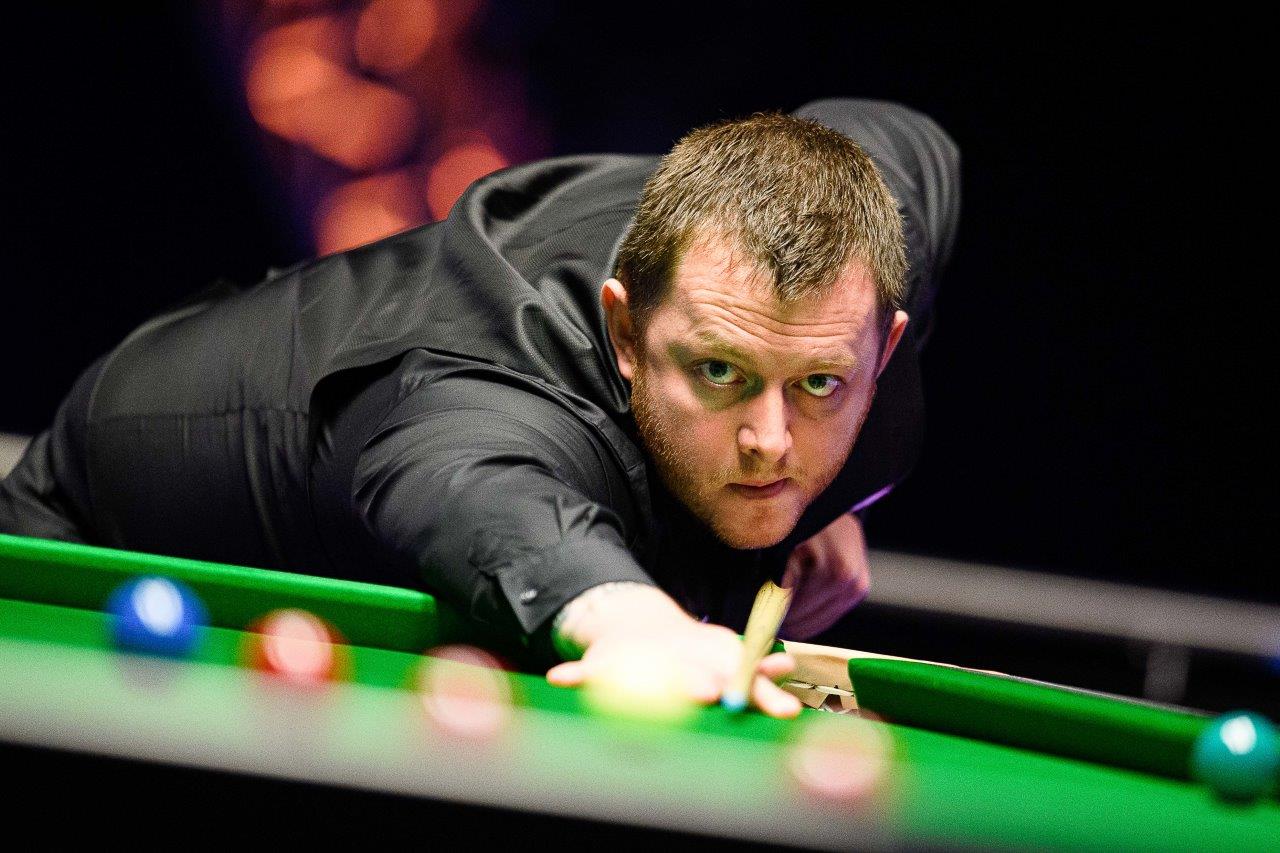 Having already knocked out World Champion Ronnie O’Sullivan and world number one Judd Trump, Allen’s task in the final was to overhaul defending champion Robertson in what was a re-run of the 2015 conclusion of this event.

Allen’s last tournament win was almost two years ago at the Scottish Open, but he ended that drought in style, collecting the £150,000 top prize with a confident victory over Robertson at the end of a week of the highest-quality snooker.

“Beating the world number one, two and three in succession to win a big tournament like this, it’s what we play for,” said Allen. “A few splits here and there and that could have been a lot closer, because Neil didn’t look like missing when he was in.

“My safety was pretty good all day and I feel like I played pretty well. Guys like Neil, Ronnie, Judd and Selby, they make winning look easy and it’s not. I work really, really hard on the practice table and if I can pick up a tournament or two every season or every other season, I feel like I am doing well because the standard is that good.

“I could have been beaten first round against Scott Donaldson, I was a few balls away from losing that match 4-2. I did what Stephen Maguire did at the Tour Championship; I didn’t feel I deserved to be here but I took full advantage by going on to win.

“My dad will definitely be watching. I don’t think he has stopped smiling since I won the Masters so this is like a new smile for him. He’s a very proud father and I’m a very proud son, so this is for him but it’s also for a lot of people who support me along the way.”

Robertson commented: “His safety play was very solid throughout the whole match. My safety against Selby in the semis was fantastic and today it wasn’t anywhere near those levels unfortunately. My scoring was very good throughout the match but I could have done better with some of my safeties and Mark capitalised and he thoroughly deserved to win the match. He played a brilliant match throughout and he has beaten some great players on the way to winning it, like I did last year.”

Allen had laid down a marker in the very first frame, firing in a 102. Robertson was equal to it though and responded with a 121 to level. Allen opened up a 3-1 lead by the interval of the afternoon session and the first two frames after the break were shared, leaving Allen 4-2 ahead.

Robertson hit back strongly, though, with century breaks of 108 and 109 to draw level. The ninth and final frame of the first session went the way of the Northern Irishman, who made a 67 to take a slender lead into the evening.

Allen again opened up a two-frame lead early in the concluding session, but the Northern Irishman missed a yellow to allow Robertson in and when it had looked like Allen would take a three-frame lead into the mid-session, he instead saw his lead reduced to 7-6.

However, a 119 in the next re-established Allen’s cushion and he was now as close to the title as he was ahead of his opponent. He moved to within one of the title in the next frame and completed the victory with a 105 in the 16th frame.

I only watched the second session, so my assesment might not be correct, but, from what I saw, of the three top seeds, it was Ronnie who actually gave Mark the sternest test. Until the “incident” in the last frame, the match had been very close. In the SF, Mark totally outplayed Judd Trump. In the last session of the final, Mark always looked in control against Neil.

Regarding the incident, Ronnie did apologise to Mark shortly after their match.

‘Ronnie actually text me last night just to apologise, “let’s move on” type thing. Hopefully we can all do that now.’

The two of them are good friends so I’m not surprised. The way Ronnie reacted, during the match, wasn’t good. It made for bad viewing, and it cost him his concentration. He should have had a quite word with the referee, or maybe even with Mark, well before his frustration over-boiled. But, factually, he was right and I wonder if Mark will ever go back to that match, watch the footage, and apologise to Ronnie as well.